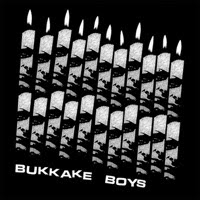 I don't know what happened to these guys in the past two plus years but they have somehow managed to become an even angrier bunch of motherfuckers. Now I know you might think calling these dudes motherfuckers is out of line but this record is so filled with anger and emotion that I just can't seem to fight the urge to call someone a motherfucker, and I figure  it might as well be the guys that are currently  filling me with  rage through their music.

The whole record races by in a pissed of whirl of shouted vocals on top of hyper-speed riffing , quick drumming and squealing guitars...I highly recommend this Lp to anyone who needs a little anger in their life...Dave G.