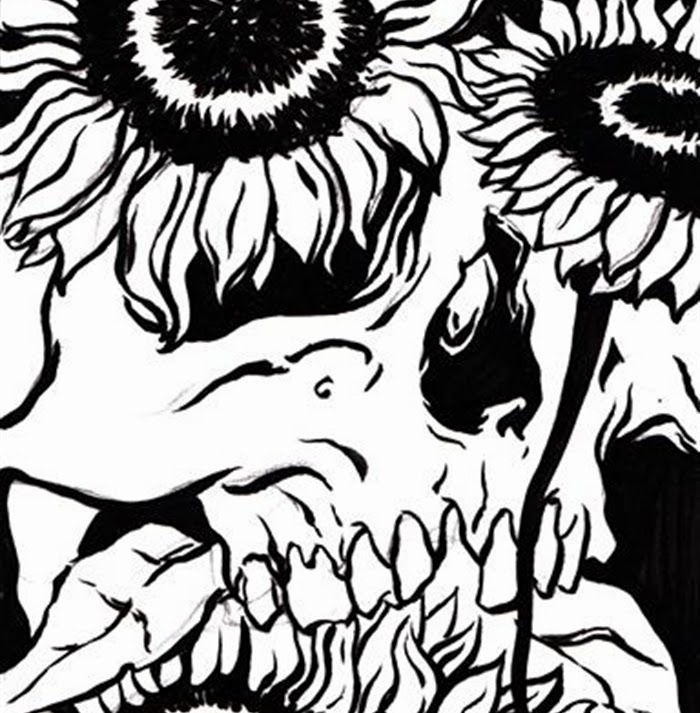 I first came across the band Collapse back in July of 2013 when I saw their name on a local Hardcore bill. At the time,
I couldn't help but wonder if it was a reunion of the short lived NYHC band featured on
Freddy Alva's New Breed Compilation. After seeing Detroit's Collapse on that sweat drenched July night, I learned different. As luck would have it, they had no relation to the aforementioned band of the same name. After witnessing their emotional and sonically ear shattering set that night and taking home their artfully packaged "Disarm" demo. I was more than happy to find out it wasn't a decades past band trying to relive their salad days.

During the year that has passed. I've heard very little about a band I gained an instant liking to. That was until I noticed a posting from the bands drummer Matthew Cross.

The bands sound reminds me of what would happen if Henry Rollins era Black Flag met up with New York Anarcho Punks Nausea to give Amy (Nausea) singing lessons. Though often sung in a screamo style. Ashleigh's vocals are never over the top or grinding. A trait that often makes so many screamo acts unlistenable. Though the seven songs featured on "Apocalyptic Key" are dark, somewhat dooming and ultimately, apocalyptic. A lot can be said for what's happening musically. Great leads, dark bass lines and punishing percussion more than compliment vocals that are delivered with passion and urgency. With song titles like
"Inside the Monster", "Infimary" and "Skulls". You pretty much know what you're getting in to. My advice is "dig deep and get dirty". This is definitely worth getting dirty over.
James Damion

It's not often that a cassette tape shows up in the mail. Instantly returning me to my days in Queens when I'd be hard at work on the latest issue of Unite. 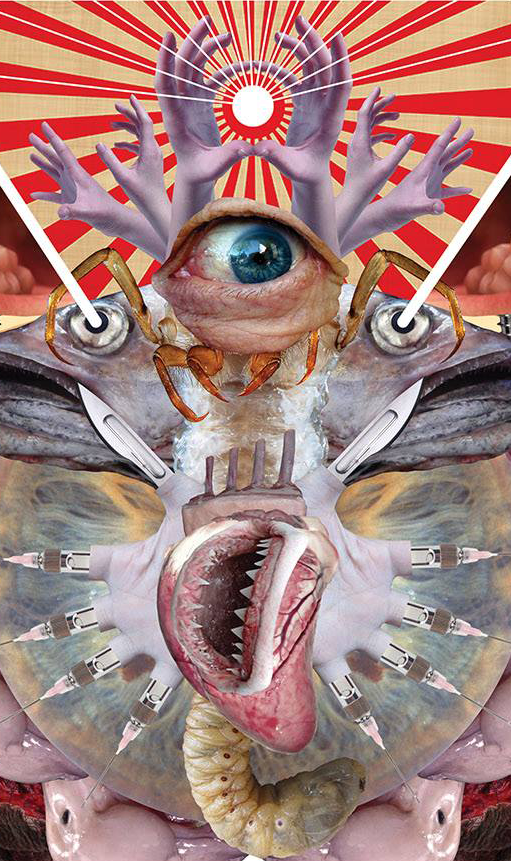 These days, I often find myself standing in wonderment, admiring how perfectly this ancient technology fits my mailbox. Then wondering how in the hell will I find a way to listen to it. This weeks arrival delivered more than a digital download and some nostalgia for me though. It was the sounds within that produced the real reward.
New York's Skull Practioners, a relatively new trio featuring 3/5 of the band DBCR (Review Here.)
are poised for noise. Recently featured as
The Deli's NYC Record of the Month!
(And rightfully so.) The four track cassette serves as a perfect introduction to the bands sound. One that seems to develop and unravel simultaneously.
The trio's sound blends components of Psych, Surf and Post Punk to form a somewhat loose and experimental garage banger that is sonically dissonant. While the third track "Foreign Wives" got the biggest rise out of this listener. It's the addition of "Nelson D" (recorded live at Brooklyn's Grand Victory) that really puts the bands musical ability and promise on display. Add to it the trip inducing artwork of Renato Cascioli and you've really got a strong foundation to build on. I'll definitely keep my eyes and ears open for these cats. Until then, go check out their bandcamp and bust out that cassette player. James Damion

Live Music Lives in the Basements and Back Rooms of Our Souls.

With the closing of Maxwell's and the continuing restoration of the nearby Meatlocker. Finding a local spot to see your favorite bands has become harder and harder these days. With mounting tolls, speeding tickets and empty gas tanks adding up. I decided to shorten my trip and head west to Montclair to see what everyone was not talking about when it came to The Batcave.

Désir Decir opened the night on a very high note. The trio hailing from Union and Jersey City have been playing out regularly in support of their debut EP "Mechanics" recently released on Keanry's Killing Horse Records. I think I've missed several shows due to monsoon rain, hurricanes and doomsday prophecies.  Lucky for me, there was no impending doom being reported on this Wednesday night. The bands live presence and performance are definitely praise worthy. It's bands like Désir Decir that reenforce my love for live music and make leaving the apartment on a weekday night a rewarding experience.
Desir Decir Facebook
Killing Horse Records  Purchase "Mechanics" Here 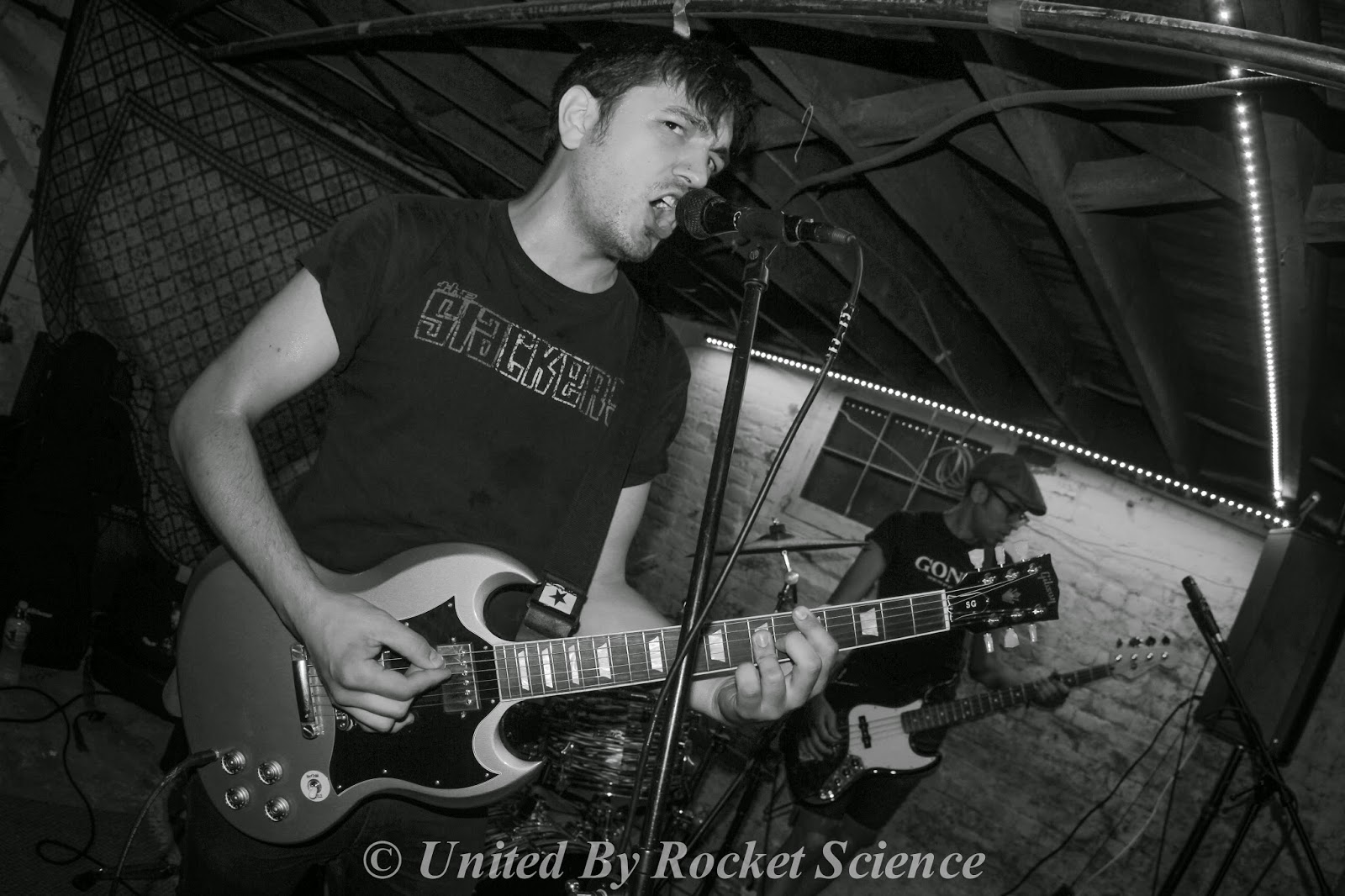 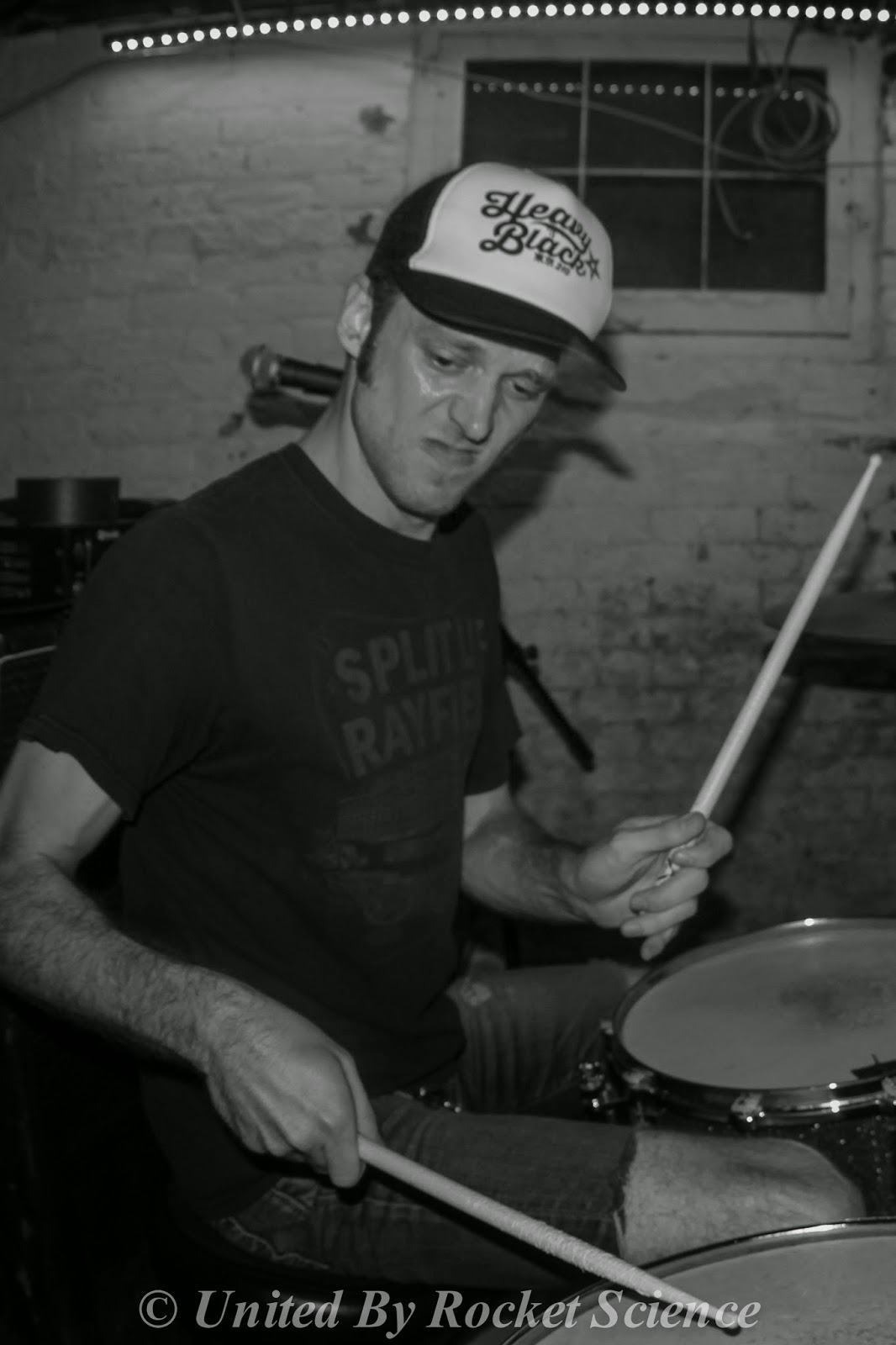 Next up was local heroes the Life Eaters. I've seen the band several times in the past.
Each time I left feeling the venue lacked the space and/or ambiance deserving of such amazing energy. Well, maybe it wasn't the amount of space after all. Perhaps a dirty, no frills, no advertisement, broken toilet basement was just what the band need to perfectly display their gift from bombast and savagery. The five piece band featuring current and former members of Désir Decir, No Pasarán, Merel, Rye Coalition and the co mastermind of Killing Horse Records. Plain and simple this bands brand of testosterone driven Rock & Roll is so satisfying. There's an incredible energy about Life Eaters that cannot be contained. The band should have their debut EP out soon on Killing Horse. In my opinion, it couldn't possibly come soon enough.
Life Eaters Facebook 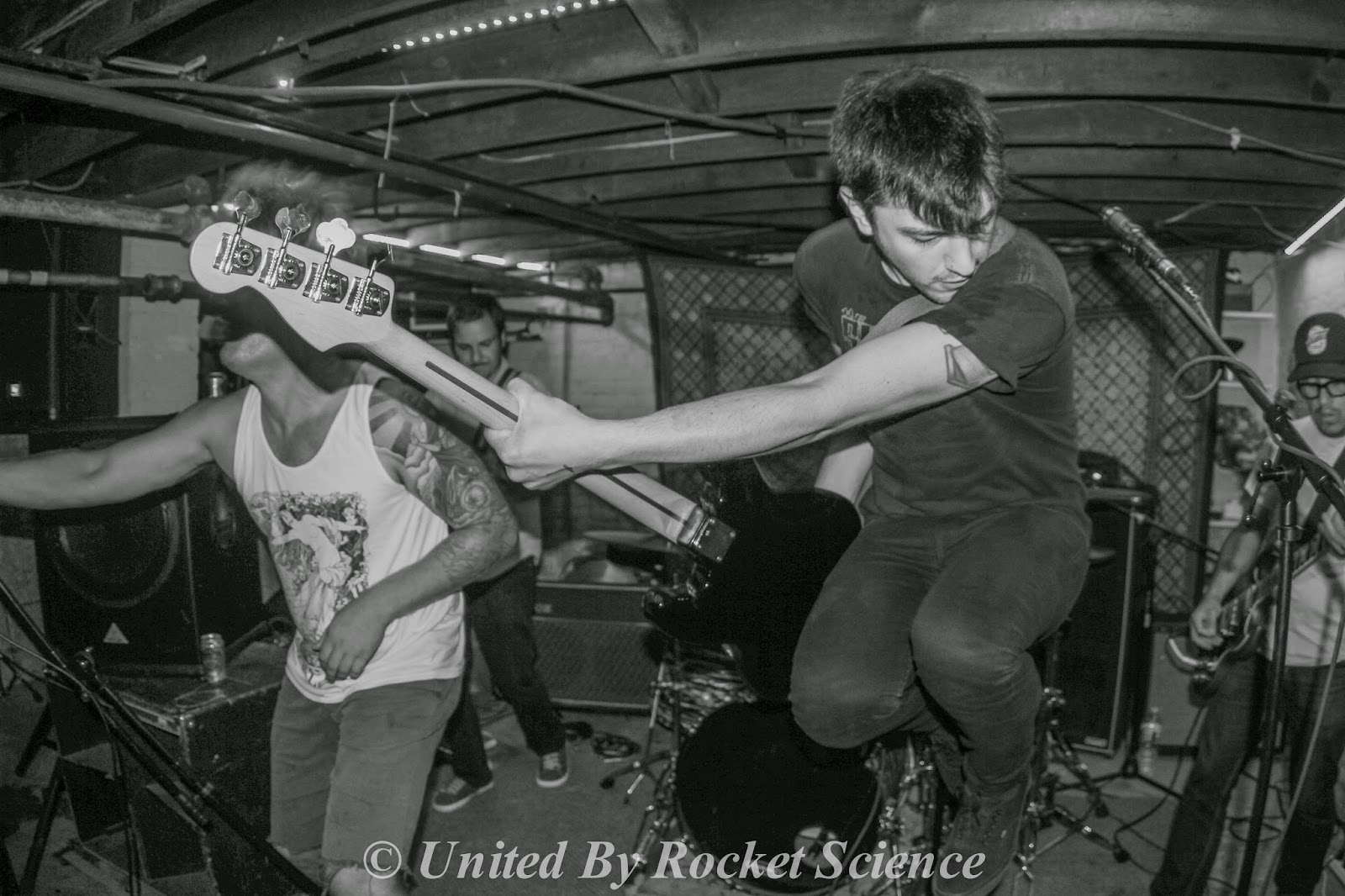 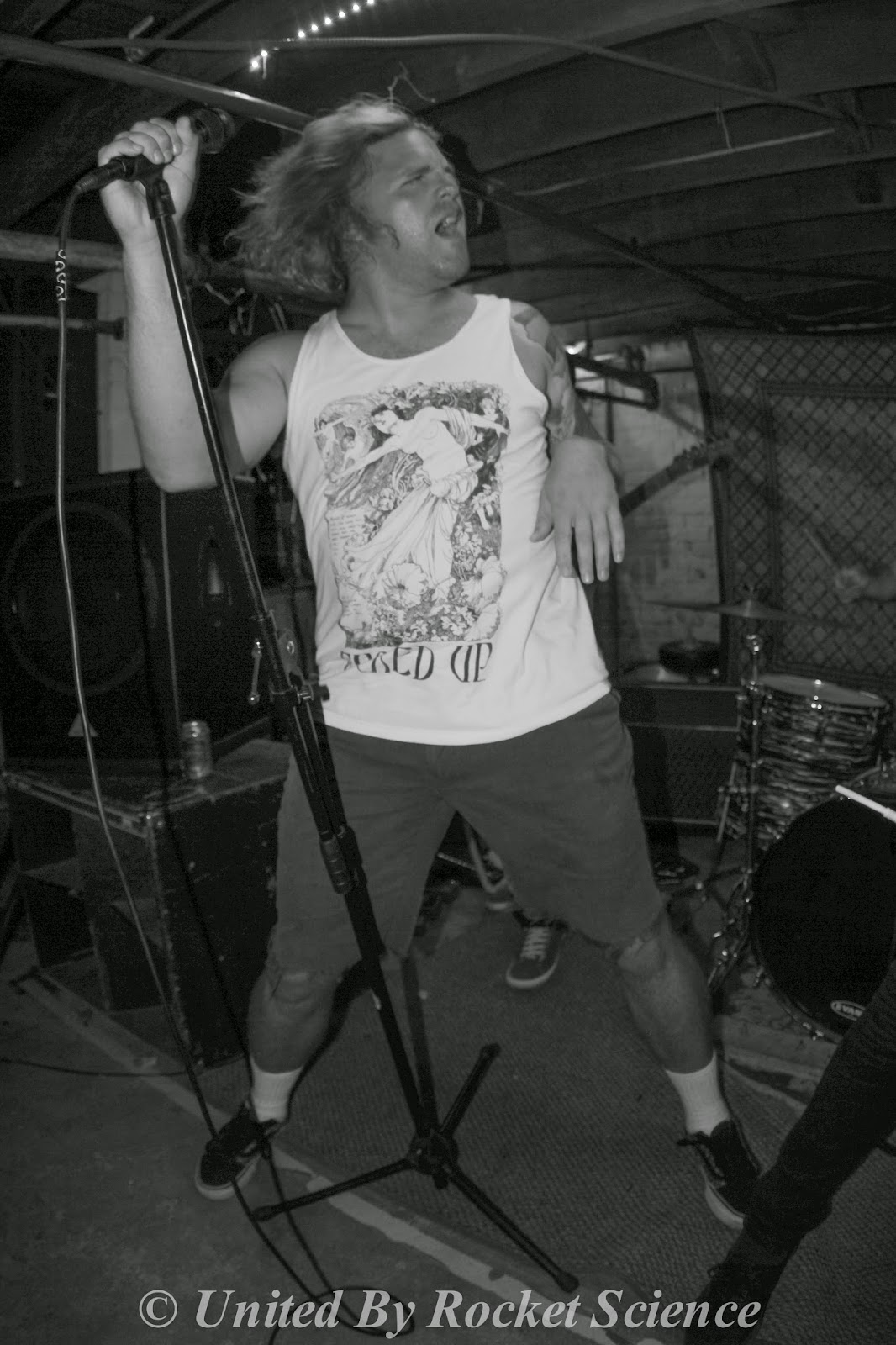 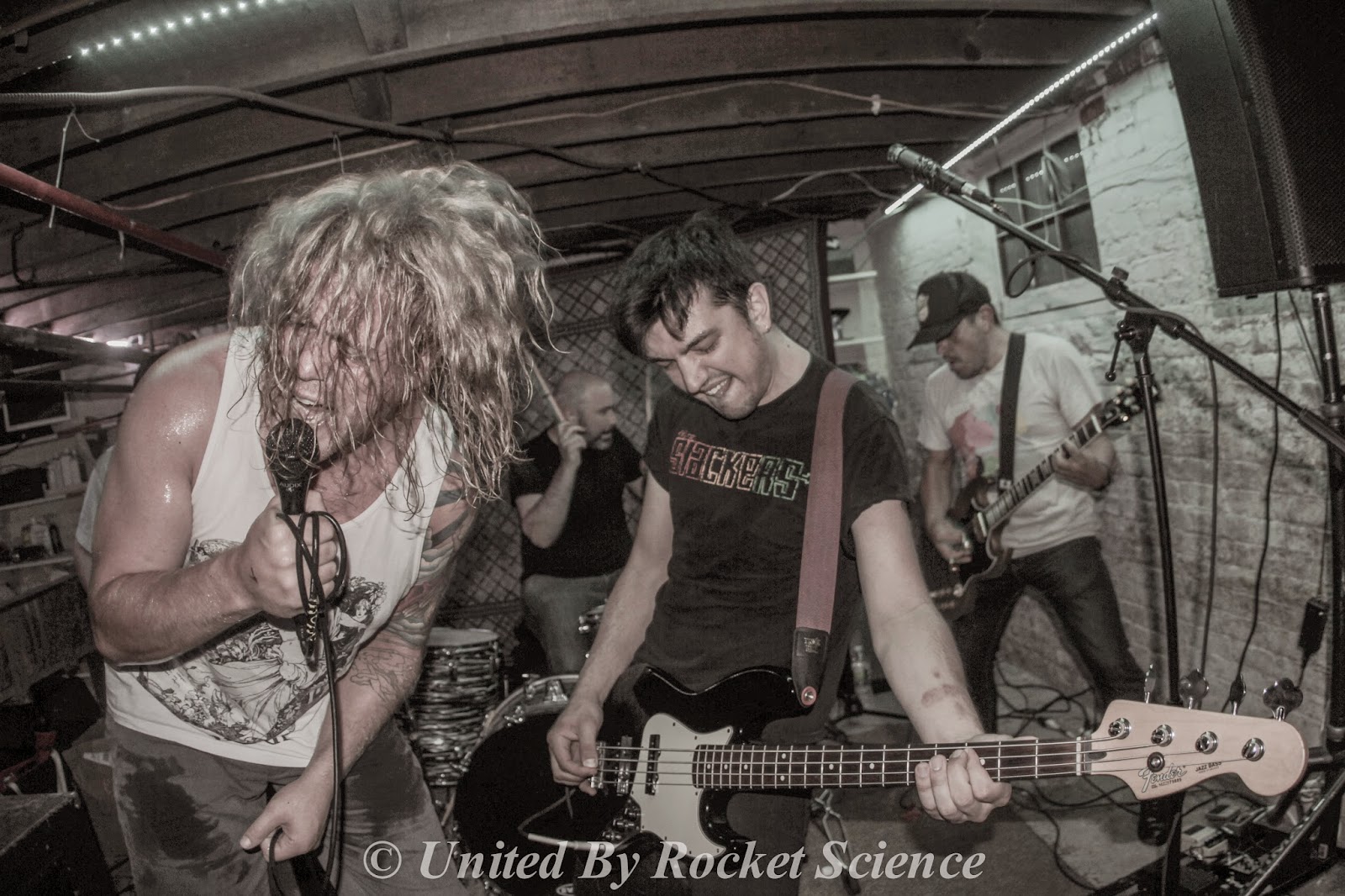 It takes a lot of heart to stand up on a stage with nothing but a song in your heart and an acoustic in your hands. His stripped down whispered style reminded me at times of acts such as Ween and the Front Bottoms but overall was a bit of a stretch for me being I was not provided with a comfy chair and a stiff drink. I never bothered to remove my camera from it's cozy during the set. Their was a certain intimacy about his performance I wouldn't dare disrupt.Though I can respect the art of the song. This really wasn't my thing.

Closing an already stellar night on a high note were Jersey City's Overlake. It had been quite some time since I last saw the band perform at Asbury Lanes for the annual Dromedary Records Camelfest. That night the bands performance left my jaw and a big, soggy pile of drool on in the gutters of the Bowling Alley/Performance space. Add to it their album "Sighs" one of 2014 most rewarding releases and I felt somewhat lucky to be there to support the start of their tour in such an intimate setting. Tom, Lysa and Scotty make for a powerful trio. They create a soundscape that is introspective and melancholy. Though the bands sound has it share of key influences. I can't help but feel they listened to their share of
My Bloody Valentine. Prior to the show I sat outside with Tom and talked about the first time we met. At the time, he was the drummer for No Pasarán. Since then, I've witnessed him become one of the best multi instrumentalists in the scene. Playing guitar and keys with The Everyman and singing, playing guitar and writing for Overlake. Though his personality seems to avoid the spotlight. His talent shines bright enough to warrant a long stay.
Best of luck to them on the tour.
Overlake  Facebook
Killing Horse Records  Purchase "Sighs" Here 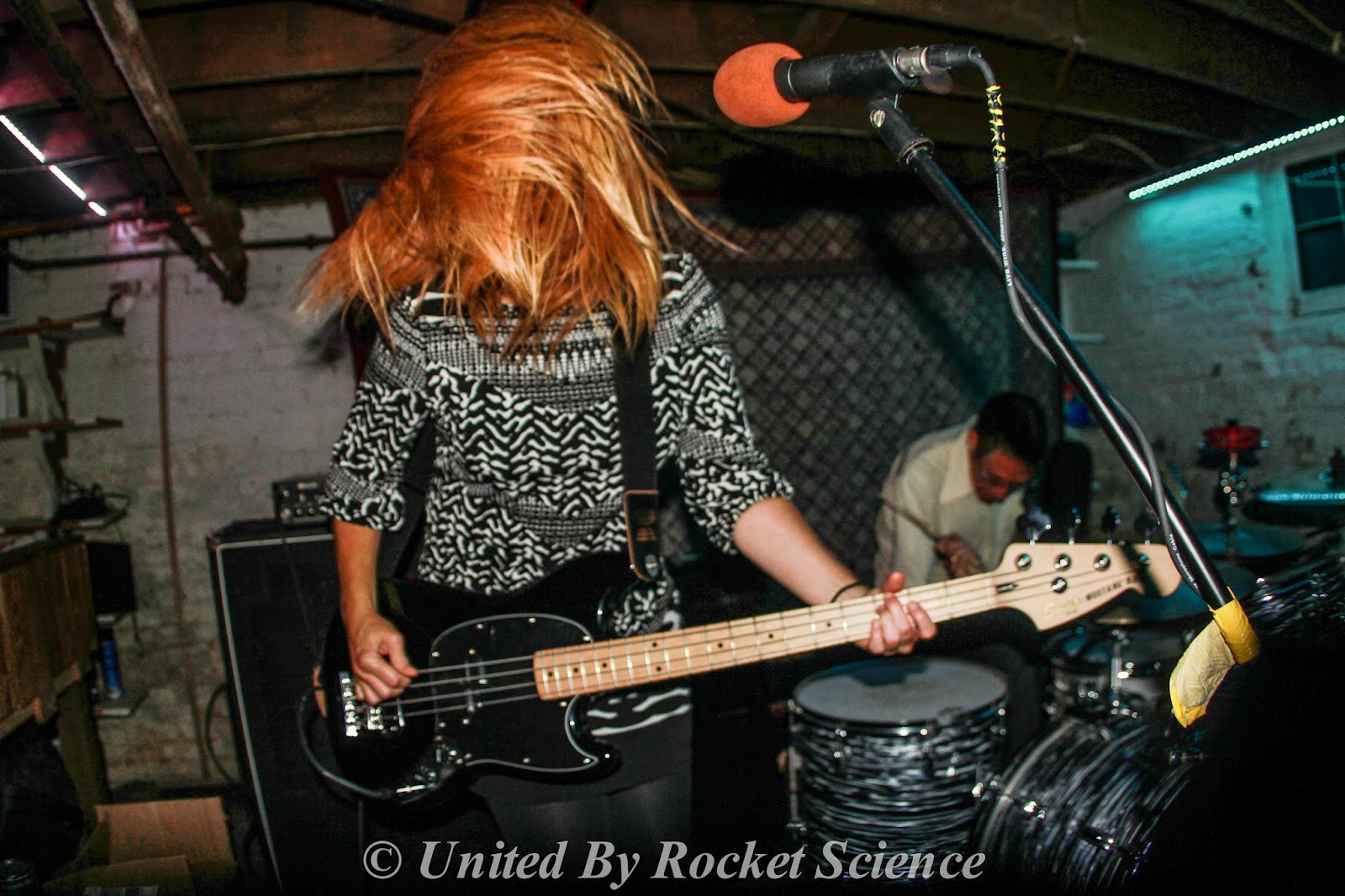 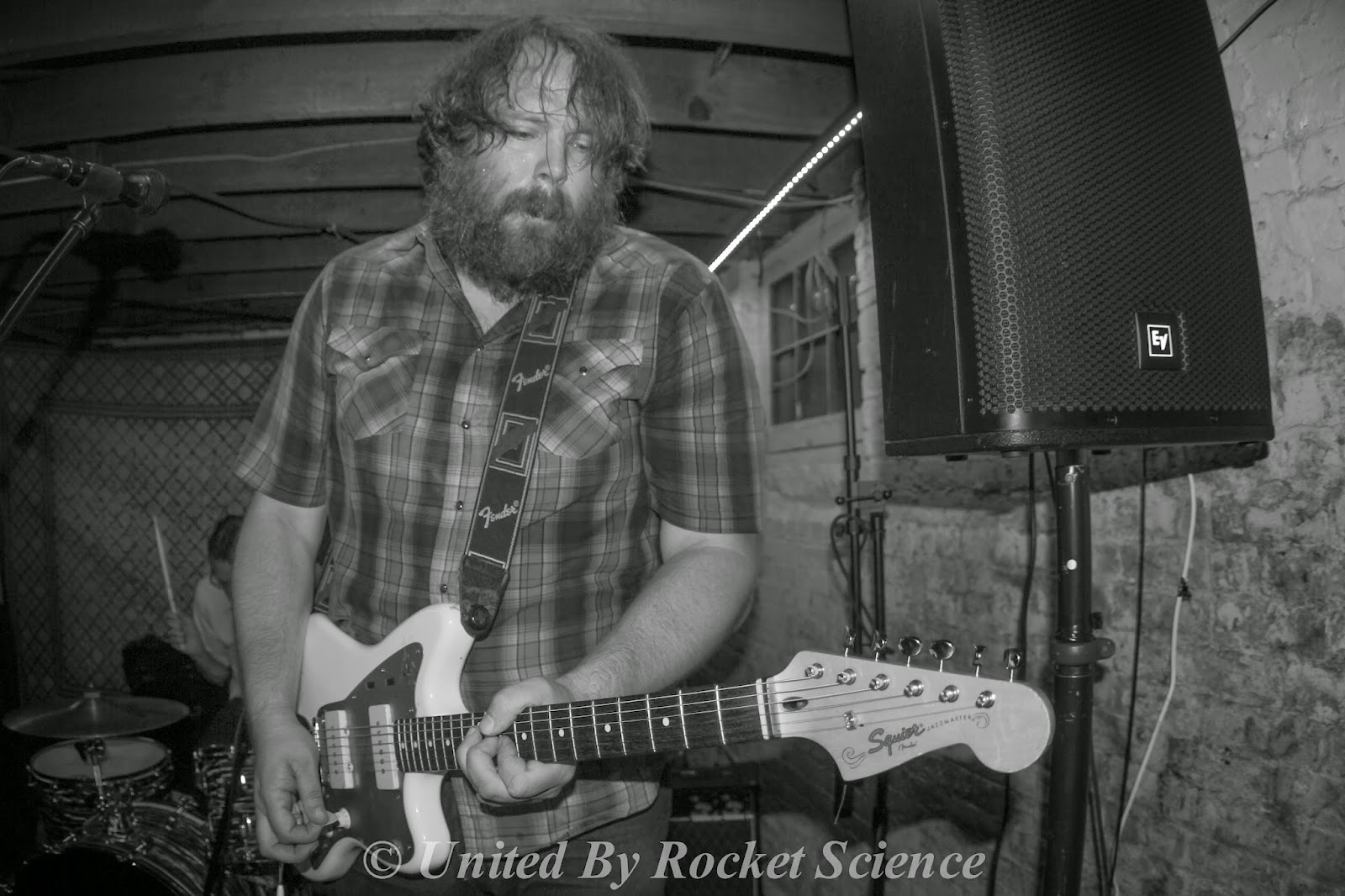 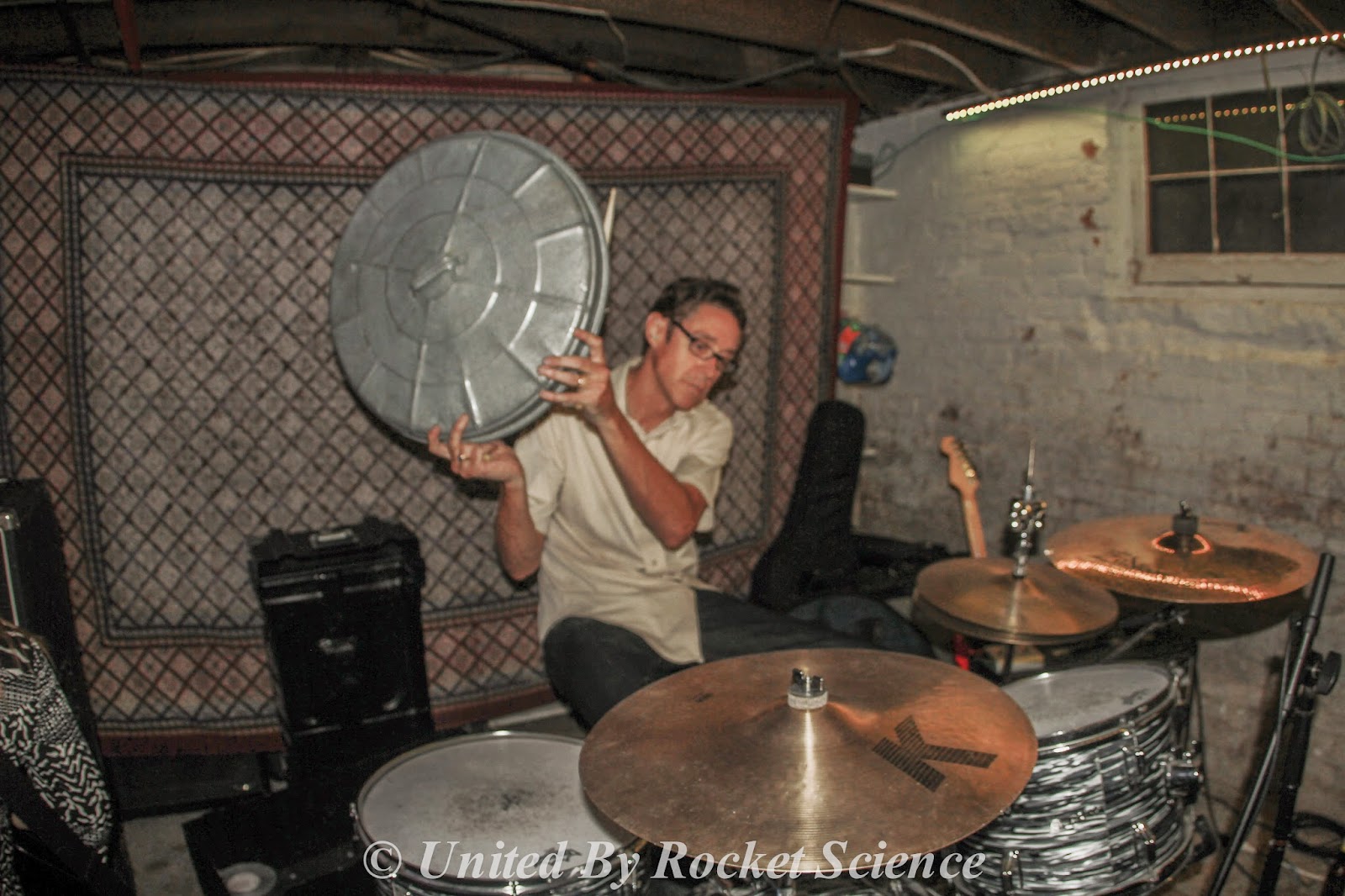 Thanks to all the bands and the people who run the Batcave. I can see this place becoming my permanent residency. Until then. James Damion
Posted by James Damion at 9:49 PM 0 comments