While many of my friends and contemporaries were getting their groove on at either the Black N Blue Bowl or the countless other shows that were scheduled around the tri-state area. I decided to take the more relaxed approach and head to one of my old stomping grounds to catch a handful of Jersey locals play their first sets at the Lower East Side's Punk Rock holdout ABC No Rio.

I got to ABC around 3:00 (The time the show was listed to start.) and there was not a guitar, amp or snare to be seen. So with the help of ABC kingpin Escheider, I finally got the keys to ABC No Rio's zine library. Over the years I had heard of this massive archive of fanzines but having gone to shows there for over twenty years and having been friends with just about anyone and everyone involved in putting on shows there. I'd pretty much regarded it as myth. Likening it to that of Bigfoot or The Life cereal kid dying from an overdose of
Pop Rocks. As I stood amongst the endless bookshelves of zines I thought thought
"I can kill an hour or a decade up here." It was insane.

After a couple of years of not seeing or hearing much from New Jersey's Polyphony I've been experiencing a renaissance of sorts with the band in 2013 with their recent series of shows at Montclair's hole in the ass The Meatlocker. The band plays a mix of screamo and hardcore that I really enjoy. Their live sets alway seem to always ignite the crowd and get everybody moving. Marshall and Cameron (Polyphony's singer and guitarist) provide energy and a sense of anything can happen unpredictabilty while drummer Wiggins and bassist Ariel seem to anchor the bands sound. It's really great to see the progress these kids have made over the past couple of years. After the show the band jumped in their go karts and headed south to Philly for their second show of the day. Impressive 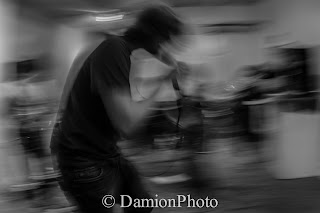 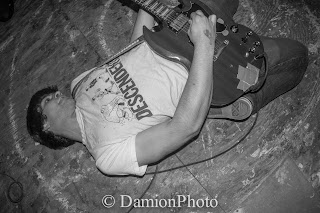 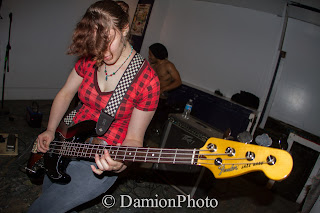 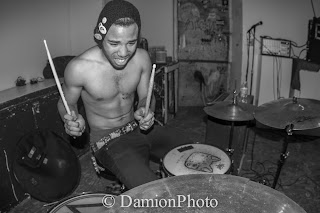 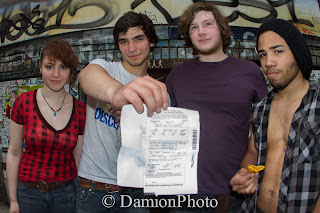 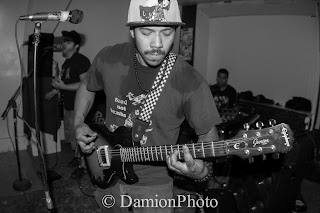 If you've been reading my recent show reviews you are well aware of how much I've grown to enjoy Archie Alone. The self desribed Pop Punk band from Jersey deliver their sound with a lot more kick and power than that sub genre might limit them too. The more I get to hear them the more I'm reminded of former Jersey noise makers Kid Dynamite. Their set had a ton of energy. Keeping everyone in the room on their toes.  Archie Alone 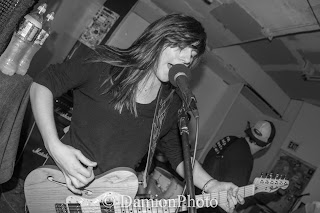 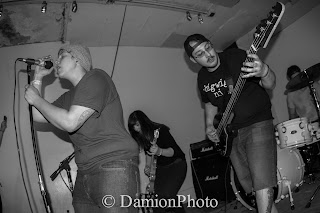 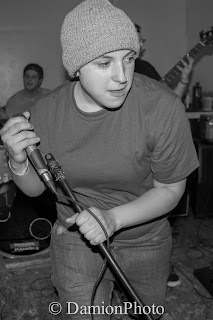 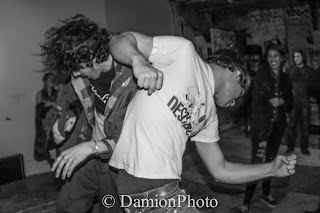 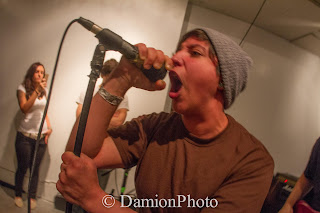 I was in a pretty bad mood due to a lack of sleep and an overabundance of clashes with local junkies in recent days. However, despite the weather, the turnout and the fact that I decided to forgo a huge Hardcore show in what was this years Black N Blue Bowl. I really enjoyed seeing some new favorites play a venue that for me, holds a lot of good memories. Thanks to Polyphony, Archie Alone and ABC No Rio for reminding me that life is always about the little pleasures. James Damion
Posted by James Damion at 10:43 AM