When it Counts, Archie Alone and One Fell Swoop Highlight a night of Local and Touring Bands at Montclair's Meatlocker

Not wanting to wait around I got to the Meatlocker at about 10:30, thus missing the opening band, whose name escapes me. As I entered the room local favorites Archie Alone were just launching into their set. If you're familiar with the blog and have read my show reviews Here, and Here or my review of their EP Here you'll know fully well how much I enjoy this Essex County band. Each time I've seen them perform live they've kind of upped that level with their all out performances. Nicole Mesce's passionate vocals and emotional delivery are nothing short of amazing. You can't help but feel the honesty and unflinching emotion of the music as she leaves everything on the dance floor. Add to that the incendiary guitar work of Cindy Ward  ....and an unrelenting rhythm section that lurks only inches away in the foreground and you have what is, without a doubt, one of New Jersey's rising powerhouses. The more familiar I get with their songs the better prepared I am when those notes, riffs and rhythms are just about to explode. 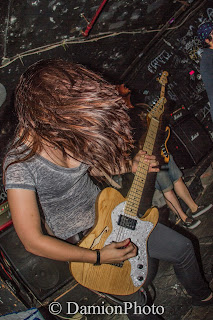 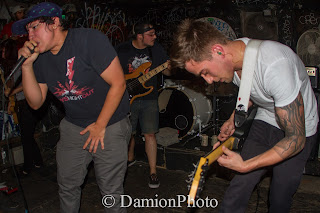 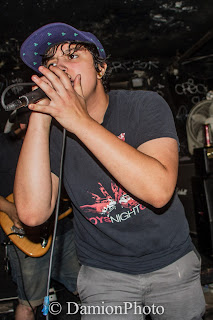 Yonkers One Fell Swoop continued the bi-state vibe with an amazing set that really kept those in attendance on their feet. Before the show I found myself lurking by the merch table wondering what the band would offer musically. What I got was a shot of adrenaline and a double dose of five hour energy that had me listening to their EP "The House Leaks" all  the way home. Overall, I found the bands mix of anthemic punk and melodic Hardcore to be quite uplifting. 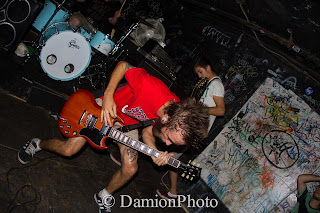 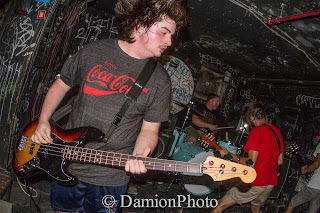 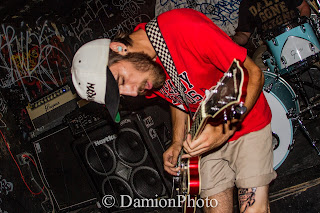 Scoutmaster Jack followed with a set that was both energetic and animated. Though their stage presence reminded me of so many of the intense Hardcore acts I've seen over the years. (The pointing, attacking the mic like a vandal, the over testosterone guitarist who launches in the air like a caffeine fueled monster.) The bands music seemed somewhat tame in comparison. Not really my thing musically but with influences ranging from Blink 182 to New Found Glory and Yellowcard, it doesn't suprise me in the least. To each their own, right? Regardless, they put on a good show and looked good for the camera. 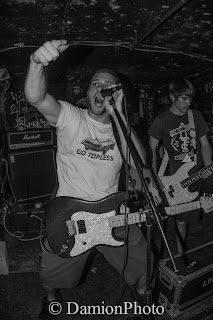 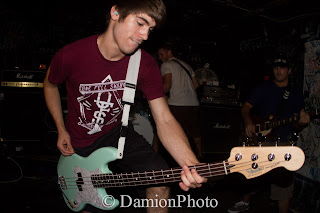 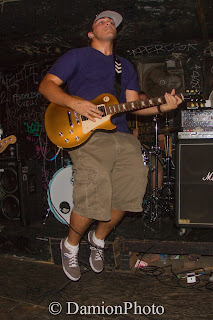 As When it Counts began their set I was in the midst of trying to find my wallet within the various compartments and sub compartments of my camera bag. Being the unorganized goof I tend to be I often find myself forgetting where I put things. After running to the car to find it on the passenger seat I decided to run back to see just what these kids from Staten Island had to offer. Though the band didn't make an immediate mark on me I felt myself being won over by this Staten Island band. They ended the night on a high note, their songs still fresh in my ears by the time I made it to the Lincoln Tunnel.

When it Counts  Bandcamp 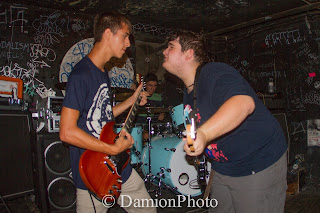 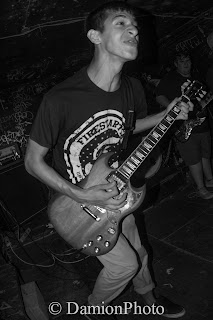 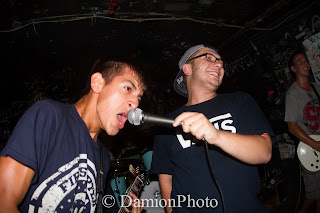 I've always felt that the intimacy level at the Meatlocker was compromised by the owners videotaping of the shows. Maybe I'd consider it less invasive if his choice of cameras wasn't the size of a 1970's boom box, or if the giant light that accompanies it didn't blind me when it was turned on the audience like that of an LAPD helicopter routing out a gang of Crips or Bloods out on a killing rampage. This time out I witnessed a first at both the Meatlocker and when I think of it, any other show I've ever attended. An older and somewhat out of place photographer had a set of two studio lights fitted with soft boxes at stage left at the far right corner of the stage. "It helps to illuminate the entire stage." he exhaled like a true rocket scientist. I asked him for a card in order to later see his results but he evaded me saying "I have many cards." By then the douche chills began running up and down my spine like a winter wind. Quickly and without haste I removed myself from the conversation. Be careful out there. Big Brother is definitely watching.

For as much as I piss and moan about this place. The venue does a great job of booking both local talent and touring bands. They also keep the prices low. Add to that a Dunkin' Donuts, Pizza, a liquor store, available parking all within a block of the place. You've got all the god damned ambiance you need. Until the next time, mind your pee's and eat your meat.
James Damion