I'm really lucky to have a wife who not only supports and even encourages me to indulge in my passion for going out to see and enjoy live music. On this occasion we shortened up our trip to Long Island City in order for me to make it to the lower east side's Fat Baby to catch 70's Afro Punk icons Pure Hell. As I arrived at 112 Rivington I was greeted by my buddy and fellow photographer Jason House.

Dead Serious opened and played with just as much, if not more intensity and energy as they displayed at the Meatlocker the week before. Playing closer to their Brooklyn home base and to a crowd that might have been more familiar with the band gave the band an invisible home town advantage and overall shine. The band packs a lot of intense and unbridled energy into their set. The bands reach extended much further from the small stage with singer Ryan Bland and guitarist Rikk Koncicki taking their act to the dance floor with purpose, making sure everyone knew that this was a punk show and that no matter what the local real estate investment group was calling it this week, it is still the lower east side to many of us. 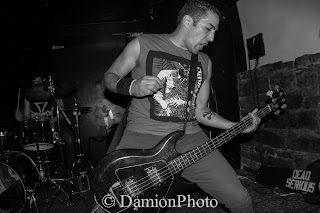 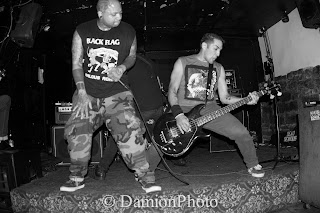 Brooklyn's World War IX followed with their fun core style of high energy punk. As the bands set progressed from song to song I found myself becoming more and more gravitated to their infectious sound. While the early moments had me thinking of them as somewhat as gimmicky mid level fun punks, I became more and more drawn to their style as they reminded me of some of the early punk bands like The Vandals and The Adolescents that initially helped launch my addiction to punk rock. Before I left the show I was given the bands CD 'Off the Wagon' along with a thirty six page illustrated comic book 'World War IX Presents; Earaches and Eyesores.' Not a bad haul if you ask me. 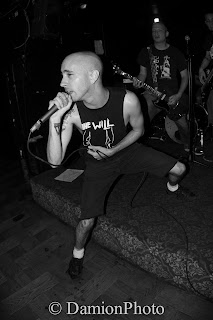 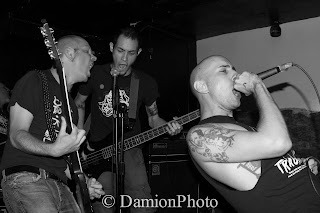 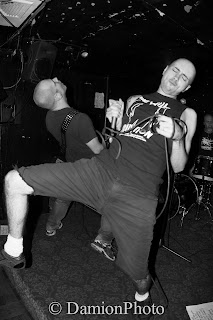 Cranking up both the skill and energy level while keeping the Brooklyn vibe alive and loud were the Dead Tricks. Now I won't say for sure if the name alludes to played out magic tricks or dead hookers...I expect the latter, I'll leave the final conclusion up to the reader. The bands set which often took the band from the stage to the dance floor was a pure adrenaline rush that had me on my toes for the entire length of there performance. The Dead Tricks display a dirty form of roll on the floor New York Dolls meets The Dead Boys at a hammer fight with Jersey City's Wyldlife style of punk rock that every punk rock fan needs to witness. Featuring all the balls out swagger and debauchery or Punk Rock N' Roll these guys (and one stunningly beautiful female on bass) really hit me in all the right places. This is the band you always wanted to party with. 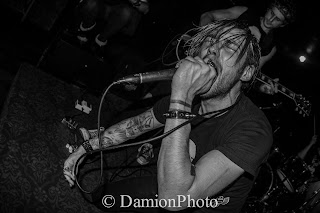 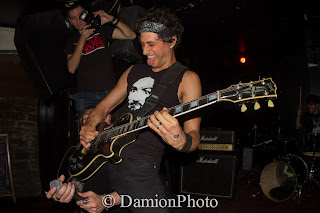 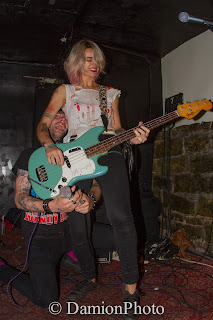 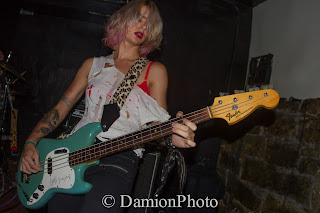 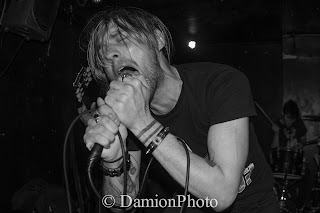 Having missed Death's (another recently unearthed Afro Punk band from the 70's) I was dead set on catching Pure Hell's set. Though I had Death's 'For The Whole World to See..." to pour salt in the wounds caused by missing their much talked about set. All I knew of Pure Hell came from my friend Jason. Perhaps due to that and the hype and the legendary status a lot of reformed bands get, my expectations were pretty high, but as the band played through their stop and start set with a singer who at times brought to mind a current version of the Bad Brains H. R. I found myself feeling a bit underwhelmed. And though there were some serious moments where I felt the power of this deservingly praised act, it resembled more of a flicker than a flame. 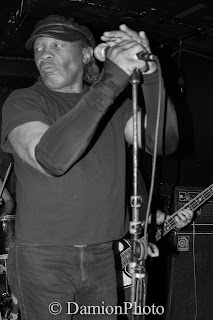 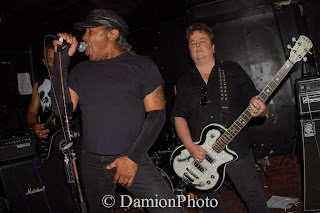 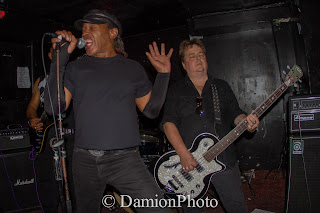 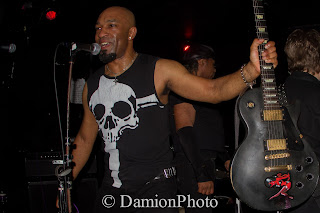 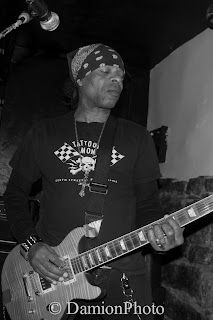 A stellar night of music and new friends. Fat Baby is by far one of the best places to catch music in NYC. I look forward to any and all opportunities to catch more shows there in the future.
Thanks to Jason for alerting me to the show. See you in the pit. James Damion