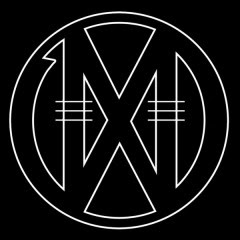 Growing up in Queens,
New York it felt as if there was a new Hardcore band forming on every corner and crevice of the apartments and
semi-attached houses within the (718) area code. As much as the Lower East Side was credited for the early days of Hardcore, Queens bore more than it's share of bands throughout the 80's, 90's and beyond.

Vexed make a very good first impression on the ears.
The six song demo opens with a good old "intro bust" kind of instrumental which indicates that Vexed offers something different and interesting musically. 'Twenty Six' follows, introducing the vocals of
John Ramos who you might recognize as the guitarist of brothers of the borough No Dice.
Ramos does an excellent job handling the singing duties, bringing to mind Leeway's
Eddie Sutton. Vexed's mid paced and sometimes stop/start style is well conceived and successfully achieved. There are some really interested riffs and some rather sick rhythms throughout. The band even manage to  throw in some excellent choruses and gang vocals for good measure. Vexed seem to have set themselves up for the future. It should be interesting watching this band make their way up the ladder. James Damion