It's hard to believe this was my first trip to the Court Tavern since its reopening.
I couldn't help but immediately recall how devastated I was upon hearing about its closing.
Though the Court was, by no means, something any architectural snob would soil themselves over. It's location served as both the center for a city that's continually produced new and inspiring acts and a middle ground for bands traveling between New York City and Philadelphia. Its resurgence reinstates that vital link.

As I made my way inside I noticed that the room to the left, one that was once cluttered with garbage had been turned into a comfortable lounge area with couches, video games and a foosball table. The bar area seemed cleaner, more welcoming and the walls featured gallery quality music photography and most noticeable was the absence of that old douche bag that would project the misery that was his life on everyone he collected money from on the way downstairs. It was indeed, a welcome return.

If my sixth grade math skills serve me right, this was my fifth time seeing Archie Alone.
The Essex County five piece plays a very impressive blend of Punk and Hardcore with emotional vocals and somewhat Metal tinged guitar leads and riffs. There's really not much
I can say that hasn't already been said. The band opened the night to a very sparse, yet intimate crowd. This was by far the smallest crowd I've seen them play to. From the first note it became more than evident that the size of the crowd, stage and venue bear little consequence on their performance. The band seems to gel just as much with the those in attendance as they do with each other. On this particular night I really felt the spirits in me and tried to move the crowd as close to the stage as possible. Even grabbing the bands unofficial sixth member Ana Dobrian to form a somewhat unofficial wall of death.
One that had me sent to the floor due to my own lack of balance and slight drunkeness. Overall, Archie Alone killed it. Setting the tone for the night and raising the bar pretty high for everyone else. 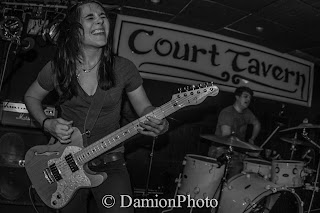 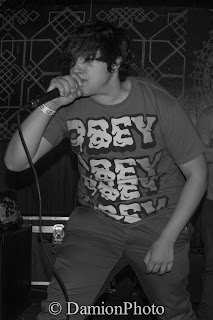 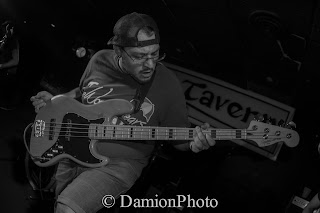 It's been a long time since I've seen I Hope You Die, maybe two years. With two touring bands bailing out at the last minute, her own guitarist a no show and an audience whose majority was members of the bands that showed up that night. As Punk Rock as
Shannon Perez might be, her voice and song writing abilities go far beyond that rather confined description. That voice, depending on the emotion and angst of the song itself can range from dark and bluesy to sweet and angelic. Each song delivered with a warmth and emotive spirit that makes those in attendance feel as if they are a part of what she's experiencing at the time. One can only imagine the kind of stress she was under on this particular night. With two of the touring bands dropping off the bill, a sparce attendance and her own guitarist a no show. Others might begin to quickly unravel, a lot of people might falter, but not Shannon. She not only kept it together, she made it feel as if I Hope You Die was intended to be a duo.  I hope to see this band releasing new material and playing more shows. 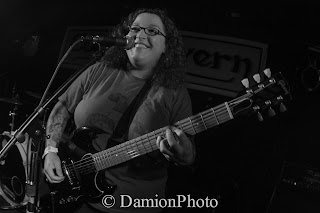 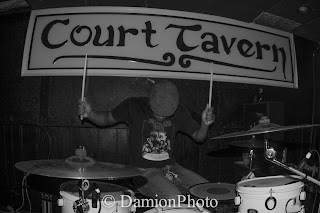 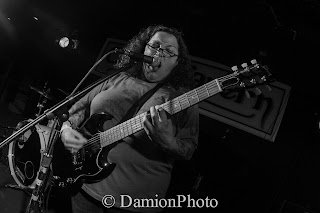 Long Island's bluesy garage influenced three piece A New Bug were the perfect follow up to
I Hope You Die's style and approach. The bands testosterone fueled
"How You Guys Doing Tonight?" Rock N' Roll swagger led by frontman Eddie Lo on guitar and vox with the mysterious Nick Diaz on bass and the man of a thousand names
Michael Boulanger on drums was very appealing. Reminding me of acts such as
Jon Spencer Blues Explosion, The Strokes and The Hives. They definitely added another layer to the night's diverse bill. 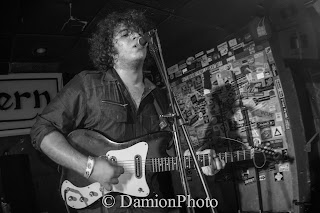 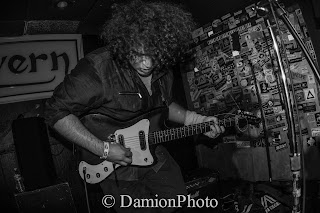 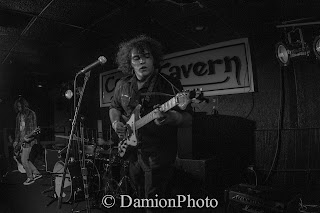 Closing the night was Feeny. The band featuring former/current members of the Far Away Boys (An impressive band I caught at the Court a few years back.) The three piece, who danced and remained front center for each of the bands that went before, took the stage with the same enthusiasm and energy they showed on the dance floor that night. Much like the Far Away Boys, Feeny play some impressive upbeat Pop Punk with just enough punch to keep the pit moving. It was a real pleasure to see how much these kids have grown musically since I last saw them . They've definitely kicked it up a notch. Though I'm personally unsure of The Far Away Boys future...Feeny undoubtedly made an excellent first impression. 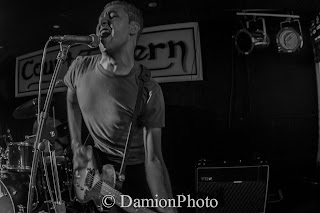 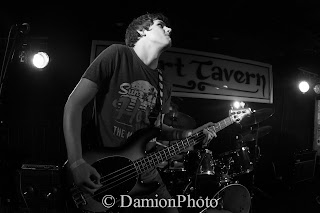 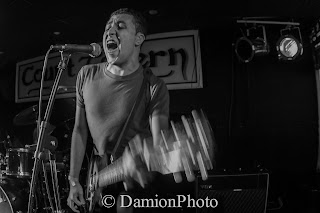 As I was driving home I couldn't help but reflect on all the good times I've had in New Brunswick over the years. From the numerous basement shows to the celebratory nights at the Court Tavern. The town has been good to me musically. I'm hoping to be back there this week for my first basement show in maybe two years. I'm really looking forward to it.
James Damion