Despite my shitty driving, Dan (One time Underdog guitarist.) and  I made it to Saint Vitus with plenty of time to check out the bar, the merch table and run into a dozen or so people
I hadn't seen in decades. This was my first time at the Brooklyn bar and the first time seeing the Huge and The Brought Low. It was also my first time seeing Underdog in twenty five years.

Having purchased and reviewed the bands 7' E.P. months ago. My Review I was pretty excited to see Huge perform live. Having seen Underdog numerous times in the eighties. Bassist Russ Iglay's daunting stage presence was something to behold. This was my first chance seeing him as a front man and though I really didn't know what to expect. I knew full well there would be no lack of energy or personality. I have to say, it felt really good seeing that record jump from my turntable on to the stage. The band got the night off to a great start with Russ working the stage both energized and animated. The bands sound leans more towards rock n' roll than Hardcore but retains all the aggression and energy of the latter.
Add to that the skate rock leanings that always showed up in Underdog sets and you've got a clear winner.
Huge 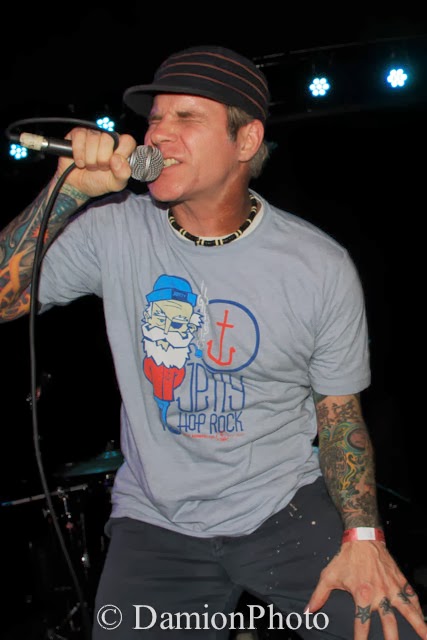 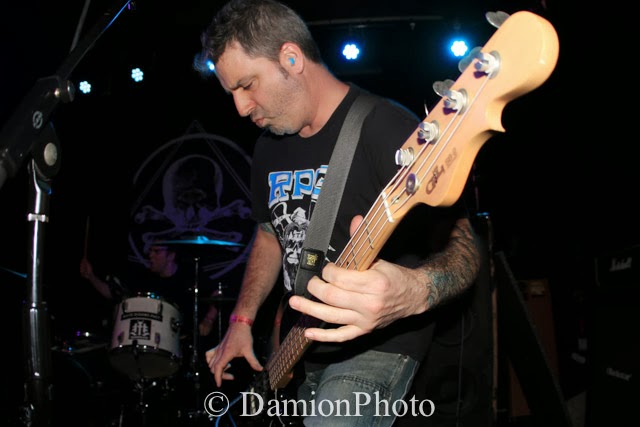 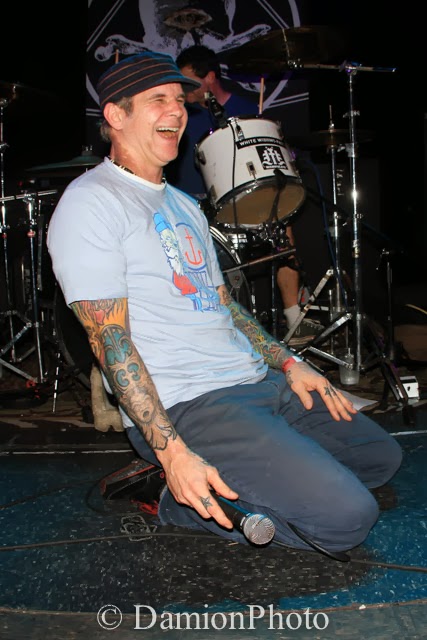 The Brought Low followed and though I had yet to hear the band, the immediate presence of a familiar face Benjamin Howard Smith (Sweet Diesel) put my mind at ease. The last time I spied Ben was back in early 2011 when Sweet Diesel opened for Supertouch at
Santo's Party House in downtown Manhattan. Being that this was my first time experiencing the New York City trio. It's safe to say, I had no idea what to expect. What The Brought Low delivered was a powerful blend of soulful Rock whose power seemed connected to long gone bombast of acts such as Grandfunk Railroad and the MC5. It seems the only thing missing from their set was a thorough cow bell solo. Good shit if you can handle it. 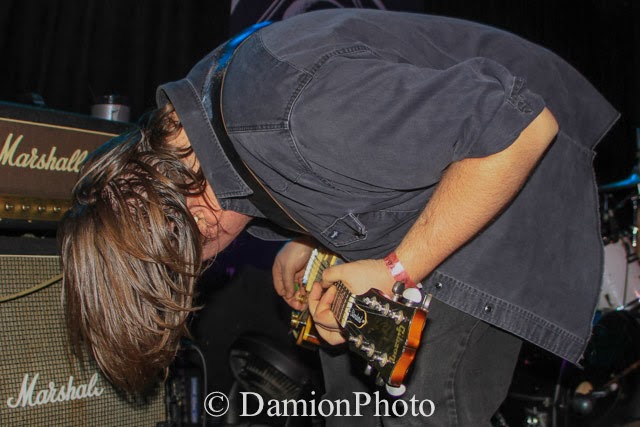 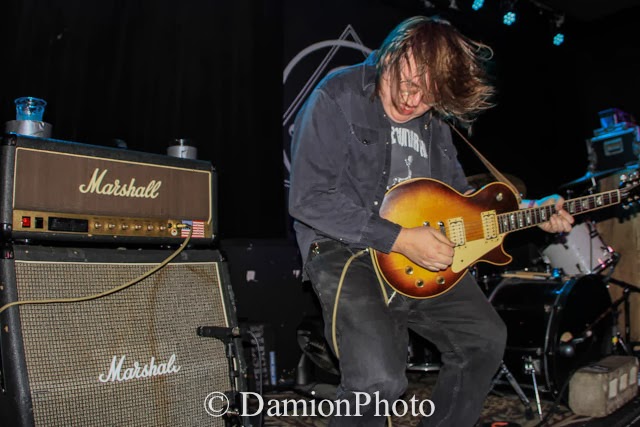 As Underdog took the stage I began to brace myself. The crowd thickened as people began moving closer and closer to the stage. It had been twenty five years since I'd last seen them perform live. Yet in that quarter of a century. The bands influence on me remained strong. As one of the bands who stood above and stood out among many of the bands in the scene during that time period. The nights set was justly dedicated to the recently deceased Carl the Mosher. (Former Icemen frontman and one time Underdog vocalist.) The energy and intensity of their set seemed to flow from the band to the crowd and back to the band again, as the band worked through a set that included songs from The Vanishing Point, their self titled 7 inch and their demos. Their were plenty of highlights along the way.
From the moshing, stage dives and sing alongs. To Richie's M.C. breakdown that followed
'Not Like You' and a bunch of forty something crowd of middle aged men singing
"Mom says better get home early. I say, "Fuck that" lets get surly." Overall, a nice return on the twenty dollar invested at the door. See you in twenty five years. James Damion 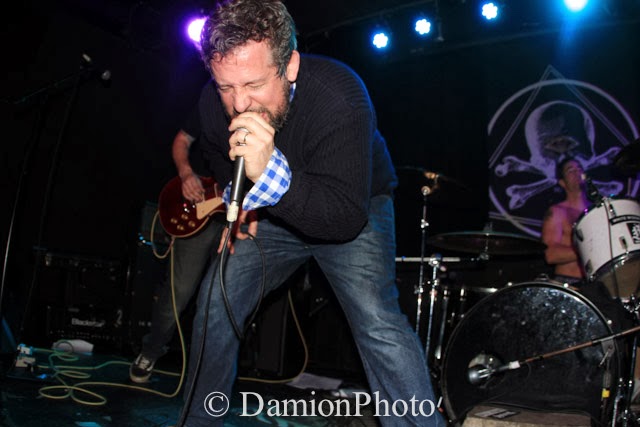 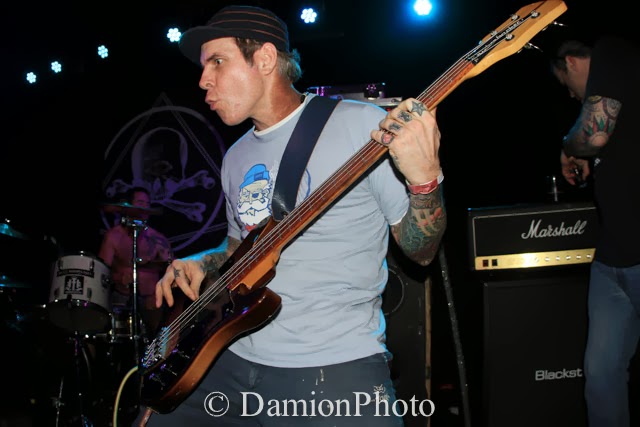 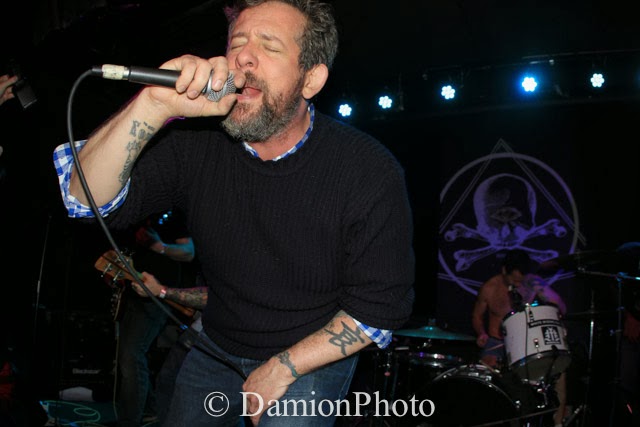 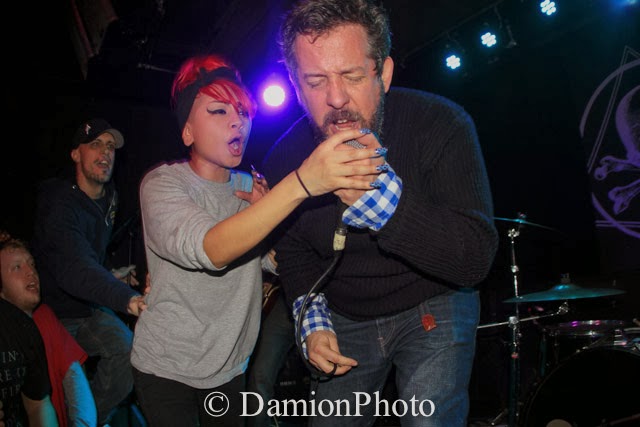 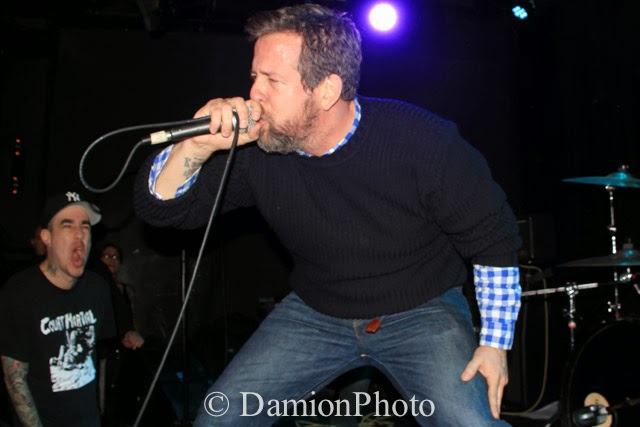