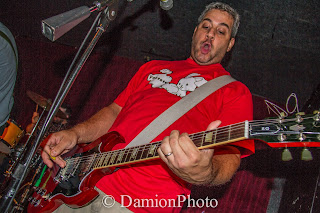 Last night I dusted off my old bones and headed over to Maxwells just in time to catch my favorite Crunch Pop nerds Stuyvesant. As the closing of
this legendary club looms near, every day I've had the opportunity to reflect on my twenty plus years of  going to shows on 11th and Washington.

From my early days of taking the Path from Manhattan to see acts such as Helmet,
Big Drill Car, 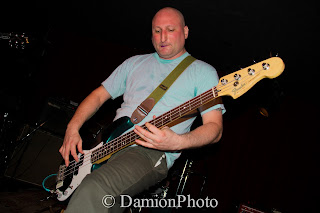 Sunny Day Real Estate,
The Doughboys, Knapsack and Dahlia Seed. (Just to name a select few.) To my nights walking or riding my bike from my nearby digs in Hoboken. Maxwells, for me and many others has been about the people just as much as it's been about the music.
The waiters, waitresses, bartenders, door and sound peeps and of course
Todd Abramson.
Each and every one of them played a part in making Maxwells a special place. 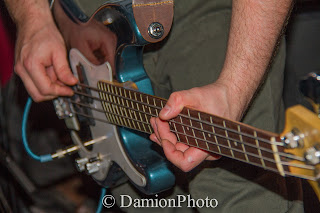 In recent years I've grown very accustomed to seeing the band Stuyvesant play Maxwells.
It wouldn't be any stretch of the imagination to describe them as Maxwells house band or for lack of a better term
'house blend'. The two go hand in hand in that I just could not imagine experiencing either without feeling a sense of joy. Good music, good vibes, good people. What else can you ask for?

No matter how tired, busy or downright sweaty I had become in the days leading up to Stuyvesant's final Maxwells show. I knew in my heart of hearts that there wasn't anything that was going to keep me from making an appearance. Prior to arriving; I can honestly say I was not in the highest of spirits. Thankfully that mood changed as soon as I made my way through the doors. 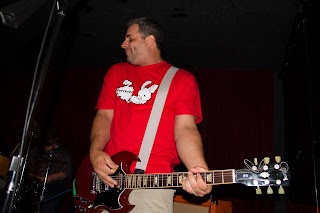 As the band took the stage with an unfamiliar face setting up behind the drums. "Where's Pete?" I thought. Turns out it was Friends, Romans, Countrymen drummer Dan Murphy. Without skipping a beat the crowd was treated to a single song quickie of a reunion with a performance of 'Marry Me, Fly Free'.
After a few hugs and some high fives from friends and family Dan became one of the crowd and Pete Martinez  ascended to his proper place behind the skins. From there on it was all Stuyvesant all the time. 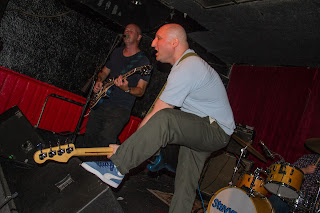 The band put on a spirited set that brought to mind many exemplary nights at Maxwell's. The energy from both the band and crowd were electric. I don't think anyone really wanted it to end. The fact that we wouldn't let them leave the stage after two encores proves that.
The band was unplugging their gear for what might have been the third time when the crowds chants were met by
"Don't you people have to go to work in the morning?" The truth is, we didn't care. With a new record due soon, I know I'll be seeing Stuyvesant again in the near future. It's just kind of sad knowing it won't be at Maxwells.

Special thanks go out to Ralph, Brian, Sean and Pete for making it such a fun night.
I appreciate their giving into my nerdy request to each sign their set list. One day that shit is going to put my kids through college. James Damion
Posted by James Damion at 10:10 PM