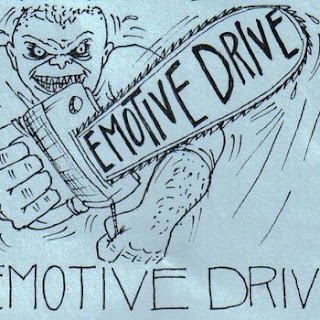 New Jersey's Emotive Drive were a hardcore band that got their start in the late 1980’s and released an 8 song demo in 1989. The band played with acts such as Supertouch and Cause for Alarm at long gone venues such as Connecticut's Anthrax and NYC's legendary CBGB's. At the time, they were a personal favorite of mine, having appeared in my fanzine Unite. I still have the bands WNYU and WNYU's
Crucial Chaos sets along with the two tracks they were to contribute to the "Unite" compilation back in 1990.
For now, you can go to their Bandcamp page and  download this 8 song demo for free. They also provide a brief history of the band and it's members.
Go check it out. James Damion

Emotive Drive  Bandcamp
Posted by James Damion at 9:24 AM