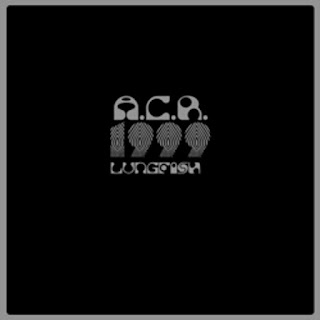 For all you Lungfish fans excited to see a new record from their favorite Dischord sons. Let me say that
"A.C.R. 1999"is not a collection of new songs. As the title suggest, these song were recorded in 1999 at Baltimore's A.C.R. studios. Songs that slightly predated the recording for "Necrophones" written and produced shortly after at
Inner Ear Sudios in nearby by Arlington Virginia. At the time the band decided to hit
Inner Ear to write and record new tracks. As I listen to the ten songs presented here I can only let my imagination wonder why this particular collection of songs were scrapped and ignored for so long. I've always enjoyed the artsy, quirky vibe that Lungfish brought to the table and as I listen to these ten tracks I'm beginning to realize how much I missed them. I've always enjoyed Daniel Higgs vocal delivery, often comparing it to a more subtle version of that of Perry Ferrel of Jane's Addiction. I'm also pretty fond of the Bass playing skills of Nathan Bell.


As I listened to "A.C.R. 1999" I felt, perhaps for the first time ever in my listening history,
a nautical vibe on the record. Whether that vibe was intended or something of my own making:; I was definitely along for the journey. Each of the ten songs presented here felt as if they shared that relationship with one another while still maintaining their own unique feel. Leaving a lasting impression on me. A excellent record all around that had it's share of surprises and highlights. James Damion