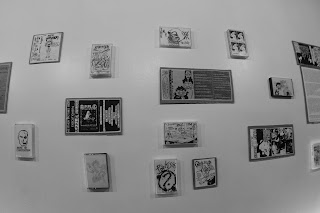 Last night Freddy Alva and Eric Wielander celebrated the opening of their installment of the "Demo-Lition" Exhibit with a packed house at the East Village's L'Asso. Featured were a collection of demos and demo art from the colorful 80's, early 90's Hardcore and Punk scene. Featured were demos from such classic bands as The Cro-mags, Breakdown, Violent Children, Sheer Terror, Born Against, NYC Mayhem, Youth of Today and many, many more. The entire show was put together with the greatest of care and looked impressive to say the very least. There were also demo art from many of Hardcore's the less than household names including Our Gang, All For One and Stand Proud. Some of the demos were accompanied by anecdotes by the bands. Something that added a especially personal touch to the whole affair.
Familiar faces that included Rich Derespina and Ed Sayago (All For One), Hobi & Carol Klapuri and Lew Dimmick (Our Gang), Al Gaydos (Dog Tired, The Deviators), Brian Musikoff (Stuyvesant) and
Eric McGuire made my intention of stopping by for a few minutes to sticking around for a few hours. Running into John Hiltz (Born Against, GreyHouse) after almost twenty years and talking about his infamous basement shows was one of many highlights of my night. Congratulations to Eric & Freddy for a job well done. The work and thought that went into this really showed.  Now get your ass down to  L'Asso's before it's gone.
James Damion 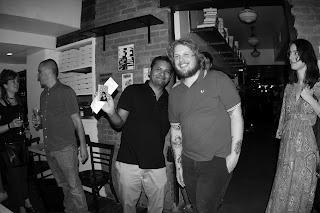 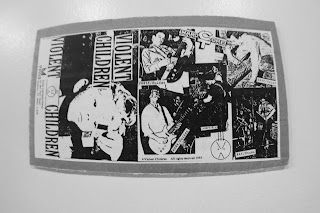 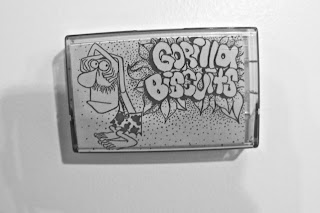 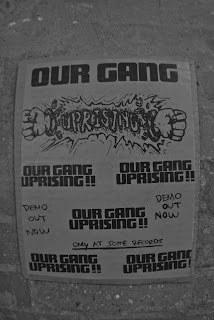