Knapsack, Have Mercy and I Hate Our Freedom at Music Hall of Williamsburg

This past weekend I had the unique pleasure of getting to see Knapsack perform their one and only New York show at the Music Hall of Williamsburg. I had first heard about the short jaunt of reunion shows a few months back. Though quite excited at the time I completely lost track of time and like with many reunions, failed to get tickers. 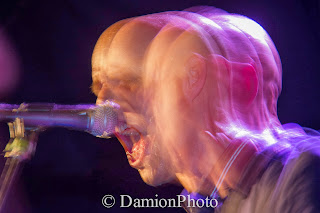 When my buddy Chris shot me a text asking if I'd be interested in taking an extra ticket off his hands. I was more that happy to take the weight off the poor kid. Up until a few years ago I would have considered myself a casual fan of the band. They were one of many, many bands I had seen at Maxwell's during the 90's and I recall having one or two of their records in my collection at one time or another.Years later during a record store run with my buddy Dave. Suddenly, the song 'Saturday Side of the Street' came across the speakers like a jolt of electricity. "Who's this?' I asked. "Knapsack" replied Dave in his usual even tone. I was as if I had found my new favorite band, As usual, it was one that was long gone. Having the opportunity to see them again with a renewed love and appreciation is something I'm pretty thankful for. 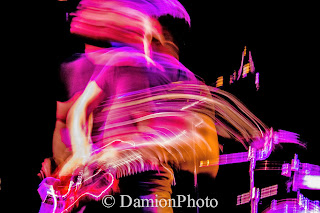 Brooklyn's I Hate Our Freedom opened by not sounding remotely any other opening band I've experienced.
I've heard about these locals for some time now. This, however was my first taste, my first face to face. The band features former personnel of such notable acts as
Texas is the Reason, Garrison, Milhouse and God Fires Man and House & Parish. The bands energy and edgy post core sound had me wondering why it's taken me so long to make my way to one of their shows.
I picked up their album 'Seriously' a few days later and can't wait to give it a spin.
I Hate Our Freedom

In between set I talked to a few of the people taking pictures and had and somehow found common round with someone standing right next to me. 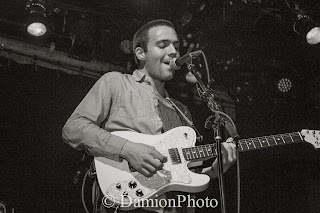 Being that he was from New Brunswick, the conversation quickly turned to the towns history of basement shows. Going to shows is such an amazing way to meet and connect. Turns out we shared many of the same friends and experiences. Within a matter of minutes Have Mercy took the stage. Though I had no prior knowledge of the Baltimore band I could feel an instant connection with the bands music. emotive vocals and melodic buildups. Impressive to say the very least. It's always rewarding to see a non headlining/touring band get  a rise and response from the local crowd and Have Mercy more than earned the praise.
Have Mercy

The night was already bordering on perfect with a fantastic sushi dinner with a friend, finding a good spot up front to shoot and seeing some excellent bands for the very first time.
My lazy Sunday afternoon on the couch morphed into an epic night with so many memorable moments.
It might have been hard to imagine it could possibly get better. But as Knapsack finally took the stage. I quickly realized that it was about to.
As the band finally took the stage you could feel the energy and pulse of the crowd grow and quicken. My eyes and ears perked up as one of the best shows I'd been to in months was about to reach it's peak.Imagine my amazement when the band opened their set with that same song ('Thursday Side of the Street') It was the perfect song to dust off my memories of my first and only time seeing them perform live. The perfect track to remind me why, years later, I fell in love with knapsack for the first time through 'Silver Sweepstakes' and their self titled Alias releases. The bands set reminded me of everything I love about the band and live music in general, The give and take from the band and the audience was palpable. singer/guitarist Blair Shehan was more than happy to share his feelings about having the opportunity to play, share the stage with such good friends and fans. After their long,sweat soaked set, the band returned for an encore before sending us home with smiles on our faces, good tunes in our ears and perhaps a few trinkets from the merch table. Not bad for a Sunday night. Until the next time. James Damion 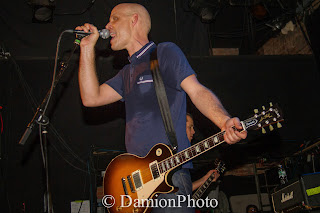 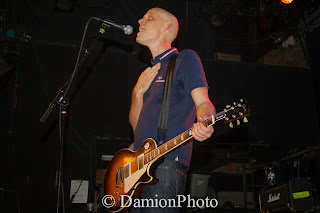 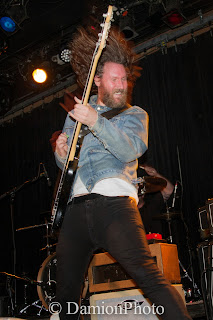 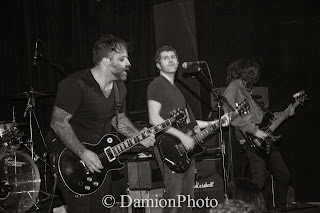 Email ThisBlogThis!Share to TwitterShare to FacebookShare to Pinterest
Labels: Brooklyn, Have Mercy, I Hate Our Freedom, Knapsack, Music Hall of Williamsburg, Reunion, Williamsburg