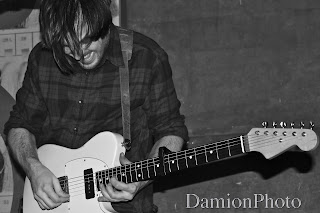 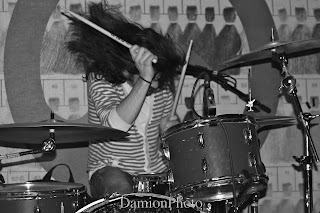 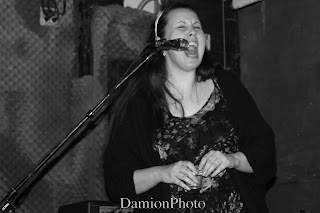 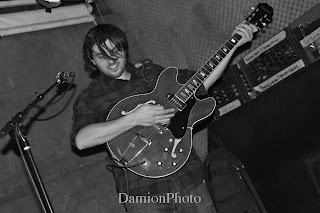 On Thursday night I managed to will myself off the couch and head down to the
Lower East Side in order to show my support to a band who was celebrating the official release of their new EP
"Holy Hot Fire". If you've seen my recent review you'll know that it's been on in heavy rotation at the United by bed and optional breakfast. As I pulled in to a spot just across from Pianos
I entertained the idea of grabbing a pastrami at Katz's before running in. However, the thought of entering Pianos smelling like a Pastrami suit in such hard economic times seemed risky.

As I made my way past the bar and headed towards the back of the club I couldn't believe it had been a few years since I'd attended a show. I'm pretty sure it was Beat The Devil.
As I made my way towards the front I couldn't help but feel a sense of warmth about the crowd. A lot of friends and family had shown up to see the band celebrate their release.

It was a good vibe to say the least. As Omer and Layton took the stage I couldn't help but recall the first time I saw the band back in September. It was a three day music festival with over forty bands playing their hearts out. The fact that they stood out amongst the enormous amount of talent there.

The bands sound feels perfect in a small intimate setting with songs that have a rolling troubadour vibe often evoking imagery and emotion.
Think Tom Waits on a whiskey and chaw driven folky blues rampage. Omer looms as an ominous presence during songs. Perhaps channeling demons who are not quite ready for Happy Hour. Raising his brow after each song to interact and humbly thank the crowd. The bands drummer Layton is another story all together. Often smiling and taking not of familiar faces in the crowd.
At one point the amazingly talented Jessi Robertson joined the band on stage to sing "Standing Near" which is one of the tracks from "Holy Hot Fire's" EP.

Needless to say it was a good night worth missing the season finale of Burn Notice for.
Due to a rumbling in my stomach I sped off to the nearest greasy spoon for a late night meal and headed home to my better half. Check out the bands tunes and make you way out to see them live. James Damion