I'm not really sure when or how I first heard Stuyvesant. Having lived in Hoboken for close to twelve years, it seemed inevitable. Having interviewed the band at nearby
Moonlight Mile Studios and having them over at my home studio for some promotional photos. Our exchanges might have cemented somewhat of a friendship with Ralph, Brian, Sean and Pete. However, it was their live shows at nearby Maxwell's that I'll always remember the most. Their energy, spirit and inspiring tunes always left me with a giant smile on my face. Inspiring me to name them Maxwell's House Band and "The only band I ever need to photograph." While there last official show at the old Maxwell's was a joyous one.
It was also a sad reminder that a chapter in our lives was suddenly coming to a close.
As silly as it may sound and look. I asked them to sign their set list later at the bar.
A little something to show the grand kids years from now. The four photos shown were each taken from that final show. One that I will remember for years to come. James Damion
Stuyvesant 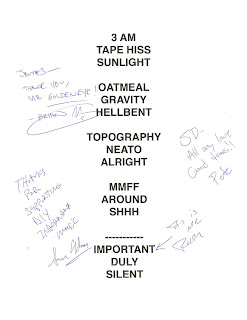 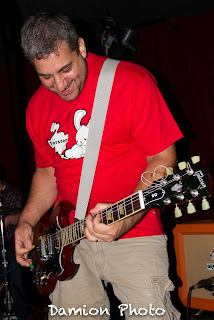 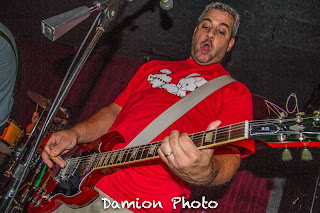 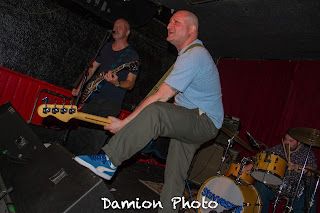 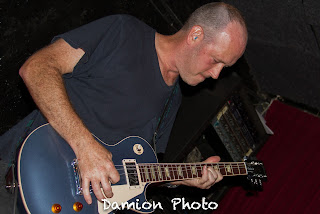