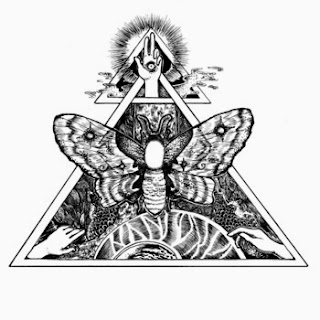 Before, or even instead of reading my review of this submission. I'd like to direct you towards Dave G.'s. One which he rightfully decided to post on his original blog, which by the way, was the name of his record label. The same one that released the orignal Mothman's 7 inch EP in 1996. JD
Here's the link;
rocketsciencerecord

I really liked the band Mothman (now know as The Nolan Gate.) back in the earlyto mid  90's.
My buddy and blog partner Dave G. liked them so much he put their records out on his label Rocket Science. Personally, I have a picture of some graffiti from the bathroom wall of the long gone
East Village venue Brownie's that reads
"Mothman frightens my urine." (and they did.) Well, this isn't that band

Fucking unlistenable, unbearable and intolerable.
If I had any advice for this band, it would be to change the name to one that has been recorded on, become an instrumental only outfit and teach your singer how to be a roady. This five song screamo EP is five songs too much.
It's like listening to a chick in a fucking blender.When they actually do try to sing. You realize why they were screaming in the first place.

Being that the band are just starting out (Proboscis was just recorded this month.) and they seem kinda young. I'll try to cut them some slack. However, with the world wide web at their disposal. It might be a good idea to do a little research on the band name you pick.
Call me a dick, but I've seen this happening a lot in recent years and I see it happening a lot in the same genres. Up your game kids and good luck in the future.
James Damion