After a few years of posting our annual personal "best of" lists. We decided to do something a little different by enlisting some of our favorite artists. Asking them about what moved them in 2013. The releases, the bands, the shows? There were no real boundaries set.
"Got a ten best list for us? That's fine. Thirteen? Go for it." At the time, I honestly wasn't expecting many returns. Let alone, detailed lists with personal stories and well searched links. The overall diversity was overwhelming yet welcomed. In order to refrain from overwhelming anyone with an endless list of lists. I decided to break them up a bit and filter the posts. Thanks to Frank and everyone who took the time to put together and ultimately share their favorites. Happy New Year. James Damion

Hi. I’m Frank DeFranco. "I dig music."For the past several years I’ve played guitar and sang in a band with some of the best friends I’ve ever had called Holy City Zoo. I now also play guitar and sing in a another band called NGHTCRWLRS, 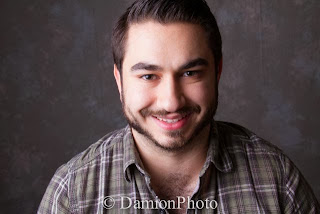 comprised of people I’ve became friends with through playing shows together with Holy City Zoo and their existing/previously existing bands.  Below is a list of my top 9 (nine is my favorite single digit number) releases of 2013.  No specific order.
All excellent listens (I’d say “scout’s honor” but I was never a boy scout).  I don’t know everything there is to know about music (no one does), but I do spend a large amount of time every year exploring the realm of “new releases.”
I’ve been fortunate enough to have played, or at least seen live a number of the bands in this list, all experiences I will never forget.  Enjoy (or don’t and hate my guts for wasting your time)! 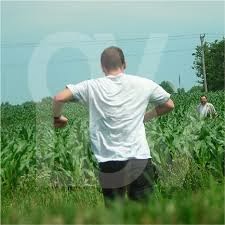 AM by Ovlov (Exploding in Sound Records)
Ovlov’s debut full length AM has no weak points.  Period.  Although they are commonly bucketed with many bands that are playing a “90’s revival” type sound, they are so much more than that.  Every song on this record is a well-crafted alternative rock track.  It’s a lo-fi, noisey, catchy, emotional, power-packed record made by a band of three biological brothers – and that’s not the only way in which this record is a “family” effort.  Featured on this record are multiple members of the Exploding in Sound family including Sadie Dupuis (Speedy Ortiz), Andy Chervenak (Grass is Green),
Devin McKnight (Grass is Green, Badknight), and Michael John Thomas III (Grass is Green, SuperVolcano).  The record was also produced, engineered & mixed by M.J.T. III. 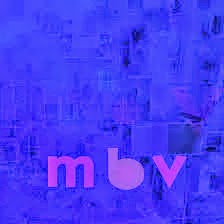 m b v by My Bloody Valentine (Self Released)
22 years after releasing the legendary album Loveless, one night sitting in my house, my facebook newsfeed blew the fuck up about the new My Bloody Valentine record being released. There was no press hype or any of that…they just kind of dropped it on the public out of nowhere. The surprise turned out to be one of the best of the year. The songs flow and drift as spacey moving passages, creating melodic walls of noise that are undeniably beautiful.
This record caught so much hype and has had a bagillion reviews written by a lot better writers than myself, so it’s really hard to say something that hasn’t been said about this album. All I can say is that you are doing yourself a complete disservice if you don’t check it out.
https://www.youtube.com/watch?v=rBKjhgHGVZs&list=PLV5Dj2xlNnONJWlHRLnxoEDHp89rKoNpO 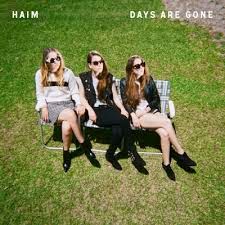 Days Are Gone by Haim (Polydor Records)
One day I was walking around Hoboken on my lunch break and was chatting on the phone with my band mate Joe about random HCZ things we needed to do and mid conversation he asked me if I had ever heard of a band called “Haim.”
I told him no. His immediate response was “DUDE! Okay picture this…80’s styled pop music with 90’s R&B styled vocals with 2000’s production…and they play their own instruments.” Obviously I had to go and listen to this immediately when our call ended. Joe’s description = spot on. Three sisters from Cali, totally killing it. Every song is so damn catchy, I’m constantly flip flopping on what my favorite song on the album is. Easily my favorite pop record of 2013.
https://www.youtube.com/watch?v=Hh_CcrUQiDU 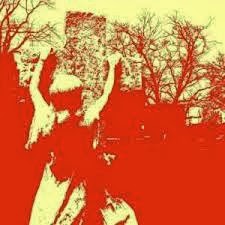 This New Brunswick, NJ based band is one I’ve been following for some years now. After evolving from a two-piece band to a three-piece band, releasing several EPs and exploring their sound stylistically, New Colors is ex wife’s most mature release to date. This record in specific, shows a much stronger 80’s indie alternative influence that was not shown as much in their past releases. Also what is interesting about this record is that the bass riffs shred quite thoroughly throughout the record, carrying many of the songs, while the baritone guitar and vocals create a spacious wall of sound, all while locking into driving, perfectly fitting drum beats. These things, along with the way the bass and baritone guitar harmonize with one another,
ex wife have surely found their sound with this record. The record was also recorded by the band’s own Nick Bolton. Can’t wait to see what they got up their sleeves with their next release.
http://exwife.bandcamp.com/album/new-colors 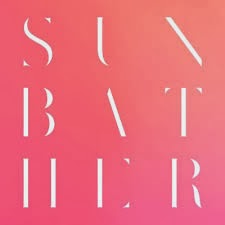 Sunbather by Deafheaven (Deathwish Inc.)
Without question this is the most brutal record on this list. Typically I’m not really into the whole death metal thing (I tend to prefer old school thrash metal), however this record blew my fucking lid off. Sunbather takes metal to a place that I’ve never heard it been taken to before. The only way I can really describe them is that you should imagine that Explosions in the Sky took a bunch of acid, had a bad trip and decided to become a death metal band.
They thrash suuuupppeerr hard, but while doing so, they are playing some of the most beautiful melodic alternative/post-rock esque progressions. I’m still convinced their drummer is either a robot or from another planet, because no human should be able to physically play that fast. If you want to listen to a metal record that will be unlike anything you’ve ever heard…go listen to this record now.
https://www.youtube.com/watch?v=GfbLWHT7vUU 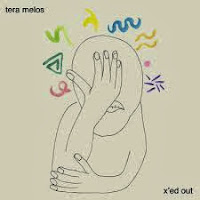 Well I got to say that it is always wonderful news when I hear that Tera Melos is making a new record. Watching them evolve from a 4 piece instrumental math rock band into a 3 piece whacktastic, psychedelic, mathish, alterna-punk band with surfer-pop styled vocals has been a complete listening adventure. This record continues the journey of
Tera Melos seeing where they can push the limit to. Of all their releases, X’ed Out definitely contains the most traditionally structured songs they have ever released. That being said…nothing about this record is typical or traditional sounding. Although many parts in these songs may be a bit simpler instrumentally than in past releases, the band they’ve become could never have written the songs they are writing now in their past years. With this record they have truly created a unique sound of their own that has never been explored before
(and I would love to see someone attempt to get close to sounding like it…it’s not going to happen).
http://teramelos.bandcamp.com/album/xed-out

Remember Kids, Your Pigeon is Sacred by France (Self Released) 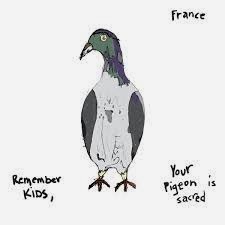 So this is the only release in this list that is not a full length album. At the same time, I have listened to the two songs on this release more times than possibly any other songs in the past year. France, a 2-piece band from New Jersey, is everything that the Black Keys wish they could be (yes I’m going there, yes this band is that good). The first track “Big Kids” is a straight forward rock n’ roll song, pure driving, pure awesomeness. And though traditional sounding rock n’ roll songs have existed for decades, France is a breath of fresh air, purely authentic, filled with genuine angst. The second track “Honey” is a ballad. But not just any damn ballad. It has one of the most bad ass rock riffs that’s been written since the heavy rock n’ roll heydays of the 1970’s. Completely badass. Completely authentic. If you love rock music and want something that sounds familiar but totally its own, filled with passionate lyrics and an overall emotional rush, France is for you.
http://francetheband.bandcamp.com/album/remember-kids-your-pigeon-is-sacred

In Utero (2013 Albini Mixes) – Nirvana (DGC Records)
So In Utero is far from a new album. In fact, this year was its 20th Anniversary
and is a record that dramatically shaped many things about the way I look at music.
Nirvana is the reason I dropped the Saxophone and picked up a guitar in the 8th grade. 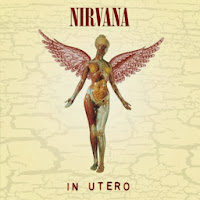 Nirvana is also the only band that I have lyrics of permanently drawn into my skin (also the only ink I have in general). So when I heard this was coming out and that Albini was sitting in with the living members of the band to do a remix for 2013, I got a little bit excited. Do I like the new mixes as much as the original? Definitely not. As a Nirvana fanboy, am I totally stoked that different sounding versions of these recordings exist? YOU BET YOUR ASS I AM! Little things such as the use of an alternate take of a guitar solo on “Serve the Servants” or the originally excluded additional acoustic guitar in “All Apologies” or the extra feedback in the beginning of “Very Ape” were all things that allowed me to have a new listening experience of an album that I know better than most. Happy this made me very much.

Dollys – EP1 (Self Released)
Okay, so I lied. There’s another EP in this list, but deservingly so. Out of the ashes of Green Paper, a band I used to love (and loved playing with) is Dollys. All I can say about Dollys is WOW.The harmonies. The melodies. Every instrument on every song. Just WOW. Melodic, psychedelic, alternative pop-rock that is sensational. Closing your eyes and listening to this EP is like traveling through a psychedelic dream. The alternating of lead vocals and their choice of melodies are near magical. The guitar solos are a journey through intergalactic space. There definitely is some kind of a throwback feel to the record, but like other records on this list with a throwback feel, it does not sound like they are trying to be another band. Instead they totally their own thing, and their own thing is pretty damn awesome. Not to mention they self-recorded, mixed and produced the record too. Dollys.
Do it.
http://dollys.bandcamp.com/album/ep1