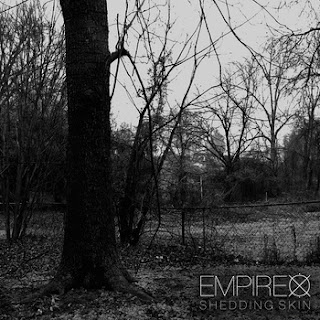 On "Shedding Skin", Raleigh North Carolina's Empire waste no time introducing themselves.
The five song EP opens with "Set in Stone" A gripping track that introduces itself with a vocal attack that almost perfectly describes the EP's title. Painfully stark vocals that evoke feelings of pain and loss. Screamo vocals complimented by a sweeping emo inspired guitar sound that adds an element of beauty while forging a dissonance. It's a common thread throughout the five songs that give the EP a nice balance. Though "Shedding Skin" is delivered in just over eleven minutes, it left me with a lasting impression. One that had me looking forward to more in the future.
James Damion