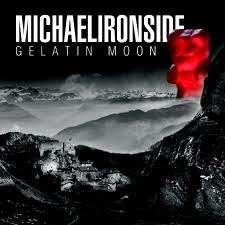 Our blogs biggest WTF moment arrived the other day in a nondescript CD mailer.
As I opened it for closer inspection I was only faced with more unanswered questions. The note, "James, sorry this took so long to get out.
Had to order another batch. Look forward to your feedback" initialed, no scribbled, in a language yet to be born.
Thus adding more mystery to this ever growing plot to make me lose my mind. MichaelIronside, perhaps taken from the name of the actor who so perfectly played the villain in movies such as
Scanners, Visiting Hours,
Top Gun and Total Recall. The band, as it turns out features Adam Lepkowski (Sick Jerk) on vocals. Jeff Wasserburger (Four Fingers, Bombay) on Guitar and a ghost lyricist by the name of Ryan.

As I began to listen to the first four tracks I couldn't help but think this was the worst thing I had ever laid ears on. Something that a group of college nerds created while locked in their dorm rooms high on some synthetic hybrid they had just created by connecting their chemistry set to their sisters sampler. I kept thinking Devo on down syndrome.

Then as the fifth track began to spin it's wheels, I began to understand, maybe even believe that there was something to this. I felt that Devo influence and perhaps a little Beastie Boys mixed with a Lo-Fi version of Serge Gainsborg doing acid while listening to Pink Floyd's "Days of Pompei". I give myself a lot of credit for being able to sit through all fucking twenty-four tracks of this weirdness. In the end, I'm glad I did. This is definitely not for everyone. Not for a lot of people at that. But if your in for a penny, you better be in for a pound.
James Damion