Cicada Radio: Silence the Voices in my Head

New Jersey's Cicada Radio and United By Rocket Science have a lot more in common than one might think. As a matter of fact we kind of grew up alongside one another in the same neighborhoods, even listened to a lot of the same bands when developing our style and presence. The fact that the bands first EP "Imposter" was released around the same time this blog launched it's very first posts. Or maybe that the bio on the groups
Killing Horse Records page quotes our review of that record in describing their sound and influences. Regardless, Cicada Radio is a band that has left a lasting impression on us since day one.  Now, with a new offering "No fate but what we make" due soon. I decided to reach out to the band to get the 411 on just what they've been up to. Thanks to the brother Keefe for their time.
James Damion

James: I haven't seen the band in months. Have you been keeping a low profile due to the new record? Or are you just looking to avoid any Imperial entanglements?

Michael: We have been working hard on the new release, and hence, have taken time from doing shows on a consistent basis...Although we haven't stopped doing shows altogether. We get a bunch of show offers all the time, I wish we could do all of them, but we are really focusing on making this upcoming record really cool and special. We played Maxwell's recently with
Holy City Zoo (who lent their vocals on almost every track on the new release) Plus Plus Minus and Avoider.
Although at the moment we have been somewhat elusive as of late, I assure you that we are lining up quite a few shows for the fall to promote the new release.

James: Tell us a little bit about the new record "No fate but what we make".
When will we have it in our dirty little hands?

Michael: We have been working on this record for quite some time with Ryan Gross
(co-founder of Killing Horse Records) and are very excited for our fans to hear it! Since we released "IMPOSTER"  last June, we have seen a tremendous amount of support from the local scene, the Tiny Giant artist collective and our friends and fans. The new record will not disappoint fans of our last release. We have grown tremendously as a band and I think our song writing reflects how far we have come. Although we are incredibly happy with "IMPOSTER", we believe our fans will really dig this record. It's raw, its live and packed full of emotion and sing along gang vocals that really capture what we sound like as a band when you see us live.

James: How many songs have you recorded? Is there an underlying theme or current to the songs?

Michael: This record will have 8 songs in total. Our last release had 4 including an acoustic song that Pat had written for quite some time. I feel as though this record summarizes our style as a band more so then anything we have ever done. When we did our last e.p,
Mike Kundrath had recently joined the band and we were still trying to find our sound so to speak. Our fans will definitely see a similarity between our last release and the current one, similar themes like the need to belong somewhere, saying goodbye to the past, dominating your own future, sleeplessness, loneliness, and surviving in the world while making an indelible mark.

James: You're working with Killing Horse Records again. What is it about the label, Mike and Ryan that made you want to return?

Michael: Killing Horse records has been a TREMENDOUS help to the band. Mike and Ryan have been such huge supporters of the band even before we signed with their label. As we grow as a band, they too grow as a label. Killing Horse has helped us a lot on this record, its rare that a day goes by where I don't talk to at least one of them about the band or the album or anything band related. The entire Killing Horse family has extended a lot of support for the band and we are very happy to work with them on this upcoming release.

James: With "No Fate but what we make" being released on CD. Is there any chance we'll see something similar happening with your debut "Imposter"? 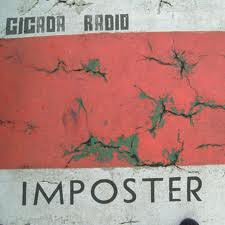 Michael: We would love to release "IMPOSTER" on a cd format. I continue to be so enthralled with the enthusiasm our friends and fans have extended toward that record.
To this day, I still get people come up to me at shows and say "Dude, I still listen to that record all the time"
(or something to that degree) and that means so much to me and the band. Its enthusiasm like this that makes it all worth it as a band, the fact that we struck a chord with people in such a profound way makes it all worth it!

James: The last time we spoke. You mentioned the band had recently took a trip to Boston. Will you be taking the new record out on any extended trips or tour?

Patrick: Yes, we did a show up in Boston in July and we had a blast! It was a small show with about 40 or so people and left Boston with a bunch of new friends and fans of our music. We have a few friends who are big supporters or Cicada Radio in the Mass area who were kind enough to get us on a bill with them..but we didn't expect that kind of unanimous support from an audience whom (as a whole) had never seen us live. Our friends had shared "IMPOSTER" with their friends last June so a lot of their friends were excited to finally see us live. It's strange, but very awesome, when a room full of people who you don't personally know are singing all the words to "Storm the Castle" at the top of their lungs. Very cool stuff.

James: The bands sound mixes a lot of varied influences and elements. What were some of the bands or genres that influenced you most when you first set out to start a band and write music? 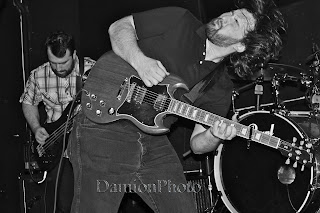 Michael: We have always been influenced by a wide variety of music, ranging from Punk to Jazz to post-hardcore and beyond. I would say some of our bigger influences that helped shape our sound would be bands like Rival Schools, Pavement,  the Casket Lottery, Fucked up, Cursive, Surfer blood and Thursday.  As a whole, we all listen to a lot of different music, but I feel as though that makes our sound that much more unique.

James: I really hate asking generic questions but I was very curious about the bands name. Whenever I hear it I think of Radio's inability or refusal to cover anything that isn't fronted by a corporation or major label. Thus silencing or trying to snuff the voice of anything independent. I wanted to ask you about what it means to you while assuring you that I am not on drugs.

Michael: Hahaha... We get this question a lot. At first, I think we just kinda liked the way the words sounded together. But as time goes on I think the name has taken on a greater meaning. Cicadas live underground for years and years before they emerge to make that strange sound that has become synonymous with the summer.... then dying abruptly a few weeks later. I believe the name Cicada Radio reflects trends in popular music, how everyone waits for the "next big sound" to shape music for decades to come. As you have mentioned, the inability of the music industry to embrace a band or new "sound' that doesn't  have a major label or tons of money behind it is a frustrating reality for musicians. However, our name reflects the fact that these trends or new  revolutionary sounds will have an impact on music and radio no matter how much opposition it faces..the fact that no matter what your art has an impact on the world in a big way despite whether the mainstream recognizes it or not.

James: Patrick, you were originally playing drums. When did you decide to make the change? Was it a challenge moving from the security of the drums to being the bands frontman? 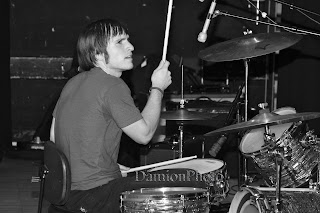 Patrick: Well we have always been friends with Mike Kundrath long before we had the notion of joining forces. I played the drums for a couple of years in the band and we did a few shows as a 3 piece. We had a ton of fun and made some friends..but it was hard to solidify the sound of the band from behind the kit. In order to grow in the way that we did, we decided it was time to make a change. I have always been a fan of mike's drumming style, and he was a big fan of the band and my song writing. I feel that Mike in the band has made it easier for me to write as a frontman along with adding another cool dynamic from Mike's unique drum style.

James: Rock history has been fraught with battling brothers. What do Mike and Patrick usually butt heads on? Or am I just starting rumors and making things up?

Michael: Most of the arguments that pat and I have are hardly ever music related...rather dumb brother quarrels similar to that of any other sibling dynamic. Pat and I work very well together in the band.  Our styles and influences may be kinda different, but we have always been able to find common ground as far as song writing. We have been writing music together since we were in high school, so our styles have developed as such both individually and as a unit.

James: What will history say about the Keefe's?

Michael: Well hopefully the history written about us will extend far beyond music...
I someday hope to become a crooked Senator  for some backwards red state and I'm pretty sure that Pat wants to travel to the past to screw with the space time continuum...
But we'll see how that goes. 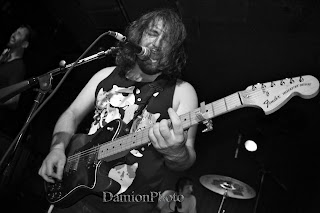 James: Patrick, everyone wants to know the inspiration behind the animal attire. Each time I've seen the band live, you've worn shirts depicting happy cats, inspired wolves and other cuddly wildlife creatures. What's behind this awesome fashion statement? Do you have a favorite animal tee?