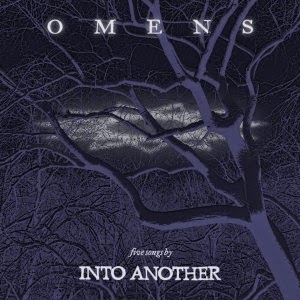 Whenever a band decides to go the reunion route I can't help but think of the scene from
The Blues Brothers when
John Belushi say's "We're getting the band back together." Followed by Akroyd's deadpan
"We're on a mission from God."

Since his days fronting Underdog. Richie Birkenhead has owned the most dynamic and impressive set of vocal chords to ever come out of the NYHC camp. A quality that has aged well and carries the songs with an impressive sense of emotional command.

Overall, Omens was somewhat of a surprise and a markedly excellent return to form for one of the 90's most uniquely rewarding post Hardcore acts. Still sounding dynamic, original and ahead of their time.
After listening to Ignaurus almost exclusively for over a decade. I've found myself dipping deeper and deeper in to the bands catalog, finding hidden treasure within every release.
Whereas many reunited bands from past eras seem perfectly comfortable continuing as nostalgia acts. Into Another have proven they are much more. A band that, years later,
still has something to say. One that is determined to follow through on unfinished business.
It's easy to say that Into Another stand as one of the most important acts to come together over the past three decades. James Damion

Find it at the following;
itunes
Amazon
Spotify
Rdio
Posted by James Damion at 12:05 PM