Twas the Night After Christmas and Archie Alone was in the House. (AKA) A Show Review

I got to the Meatlocker just before 10:00 and as usual was greeted with a big hug from Ana. Talk about a good way to start the night. Since beginning this blog with Dave in 2011.
I've often questioned whether what I was doing was in anyway fruitful and whether what I was doing was... in any way, making a contribution. Thanks to people like Ana and many others. I've learned to never again feel that I'm not. I also feel that my being there lets the people who put on shows and the bands who play shows know how far their hard work goes towards fueling my passion.

This was my second time back at the Meatlocker since they've reopened and I think it's easy to say, I really missed it. While my initial feelings about Montclair's cavernous haunt were less than warm and fuzzy. I've come to realize how vital it is to bands both local and touring. Add to it the music scene that has thrived within it's concrete walls and you'll get nothing but praise from me. While the invitation had the show marked as 9:00 pm. I knew damn well that getting there any time before ten would be fruitless. By ten o'clock, the opening band was just beginning to set up. I couldn't help but notice the monstrosity being built before me.
By far, the biggest cabinets and amps I've seen outside of any club smaller than Irving Plaza. While I had never before heard Forever Losing Sleep. I was quickly wondering if leaving my ear plugs home was an epic mistake. By 10:40 the band finally realized they were actually there to open a show and things got started. 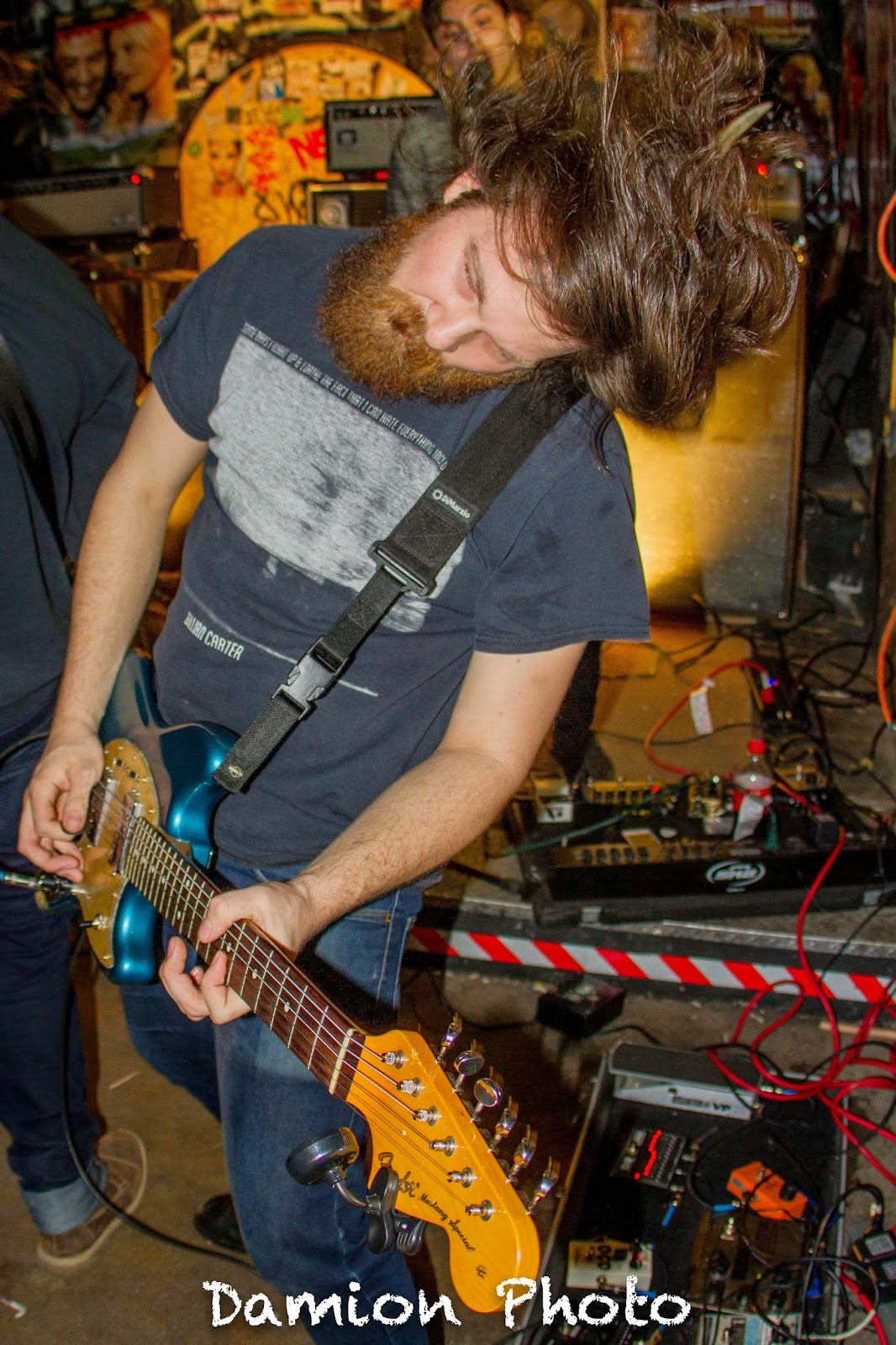 Judging from the time to prepare and rather colossal size of their gear. I guess I was expecting some ear shattering Motorhead meets
The Melvins ear drum torture. The truth however, would be found elsewhere. To say my first taste of Forever Losing Sleep left a lot to be desired would be the understatement of 2014. A forty minute set up time for three or four songs seemed to be incredibly unnecessary. And while a lot of people there seemed to like them. I myself, was underwhelmed. Being an old fucking man.  Chances are I won't have the same musical tastes as the teenage girls in the room.
To each their own. What seemed to lessen my appreciation for the band was the fact that the lead singer often kept his back to the crowd while the rest of the band seemed to face the walls.
As their set came to an early end. I quickly reminded myself it could have been a lot worse.

Thank God for Control, because they were the wake up call I needed most at the time.
Another band I had no prior knowledge of. 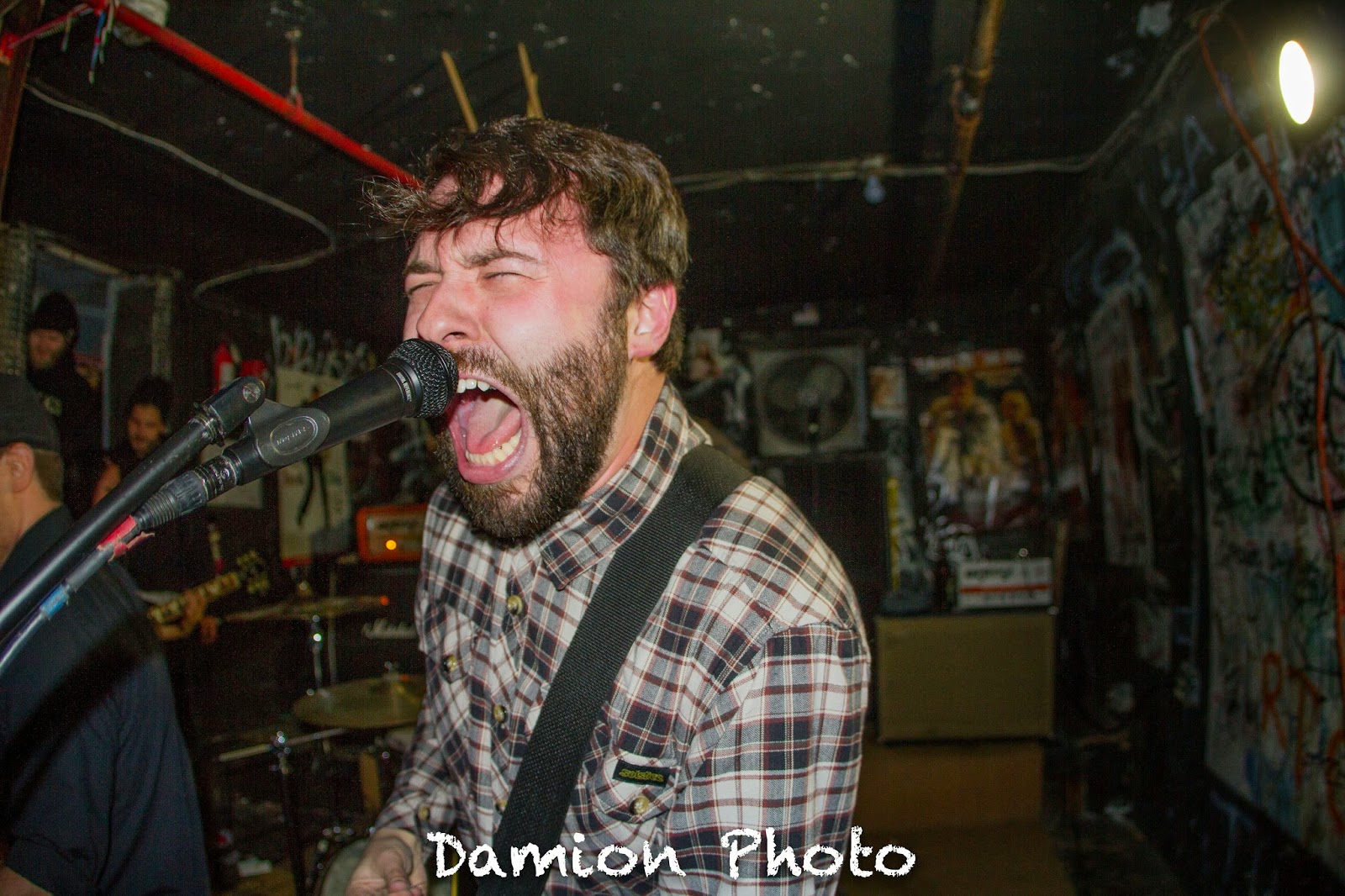 This one, however, took things to another level. Bombastic, kick out the jams music with a lot of energy, intensity and stage (okay, dirty concrete floor) presence. The Jefferson, New Jersey play chaotic, yet still melodic post core with efficiency and a great deal of energy. Mike and Michelle do a great job sharing both guitar and vocal duties.
While Paul and Kathleen steer the bands rhythms with a certain fierceness that kept everyone in attendance happy they showed up.
Though this was my first taste of Control. I wholeheartedly hope it's not my last.

Next up was Philadelphia's Glassgrade. To watch them setting up on stage you would think they had taken the wrong exit on the garden state and somehow decided to stop in at the Meatlocker for directions. 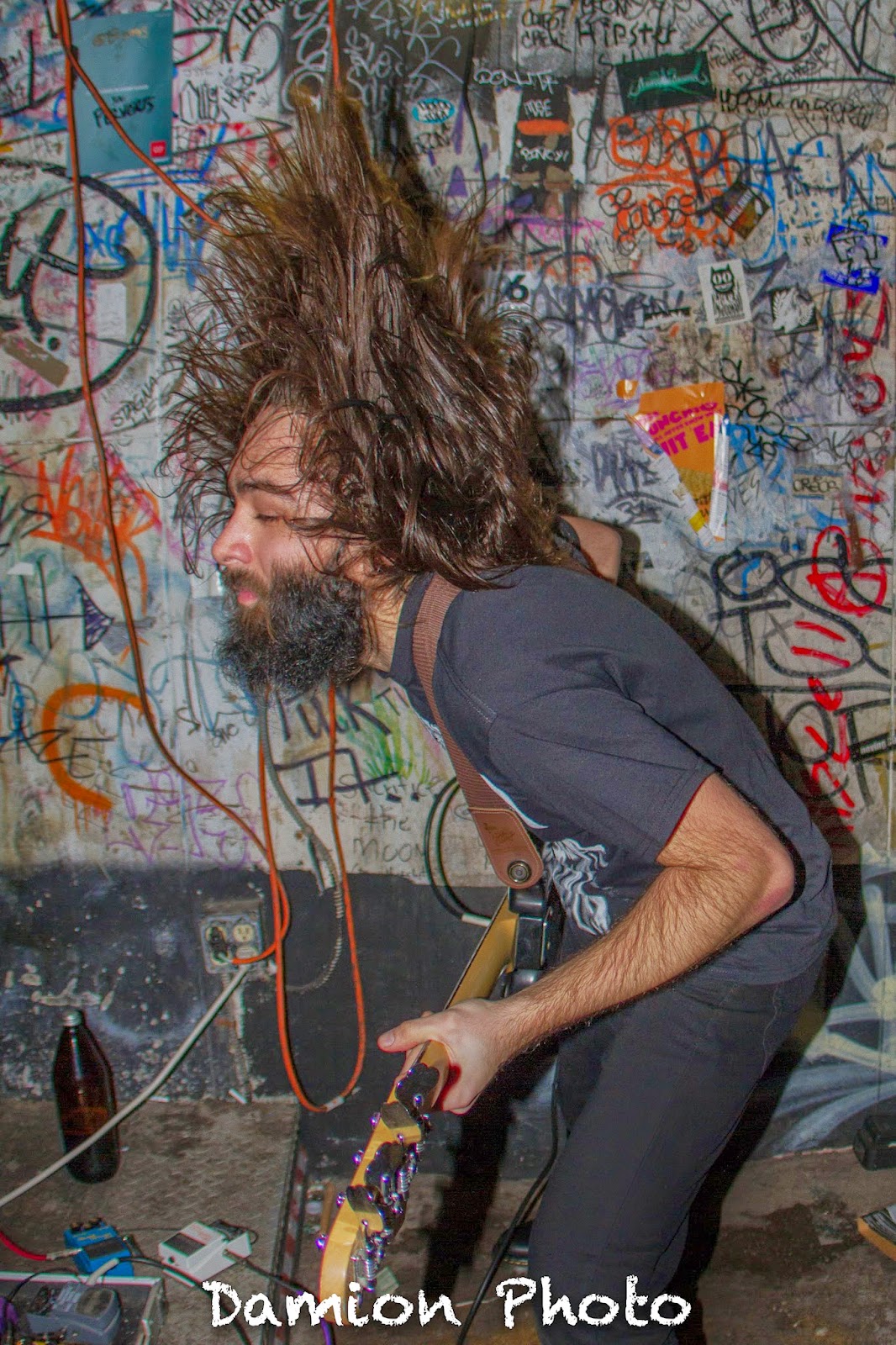 To say these kids didn't look the part of your average Punk band would be an understatement. Chess club? Yes. Yearbook staff? Yes. Insanely good Punk band? Not a chance. Lucky for myself and  everyone involved, My assumptions and prejudgements were about to become historic buffoonery.  The band almost immediately put the crowd on notice. Like the band Control and Forever Losing Sleep before them.
The band stepped off the stage and into the crowd. The whole scene made me feel as if I was in a DC basement in the mid to late 80's watching the Revolution Summer being born. Though most attending might have little to no idea of just what the fuck I'm talking about. Let's just say it's was special, real and tight knit. Much like Amhurst's Shakusky sparked something special in me earlier this year. Glassgrade wrapped up my years end in a big fat bow. The energy this band gave mixed with the crowds reaction was pure gold.
The kind of thing that takes you from the bottom of your heals to the tip of your toes.
Great stuff. 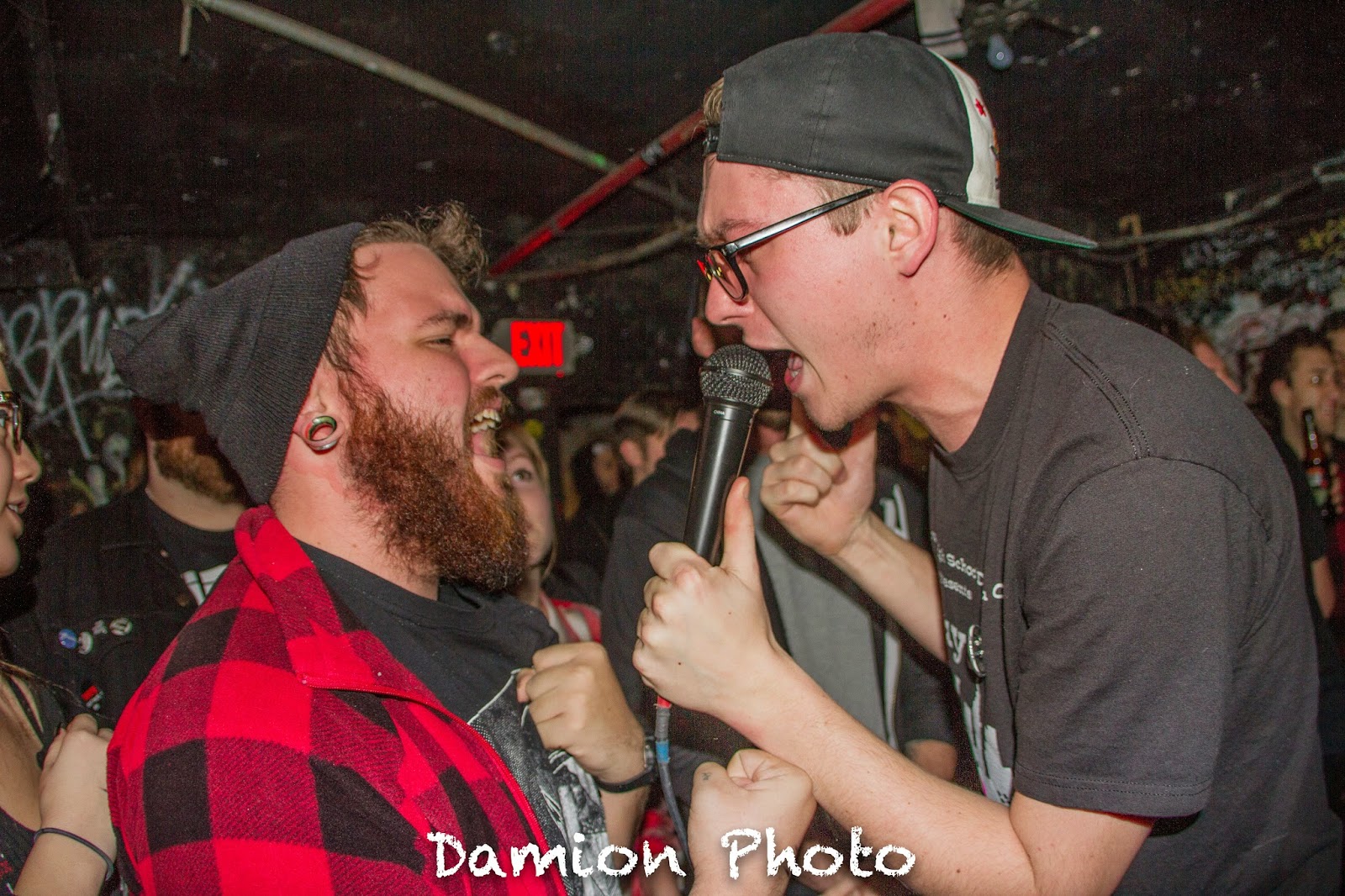 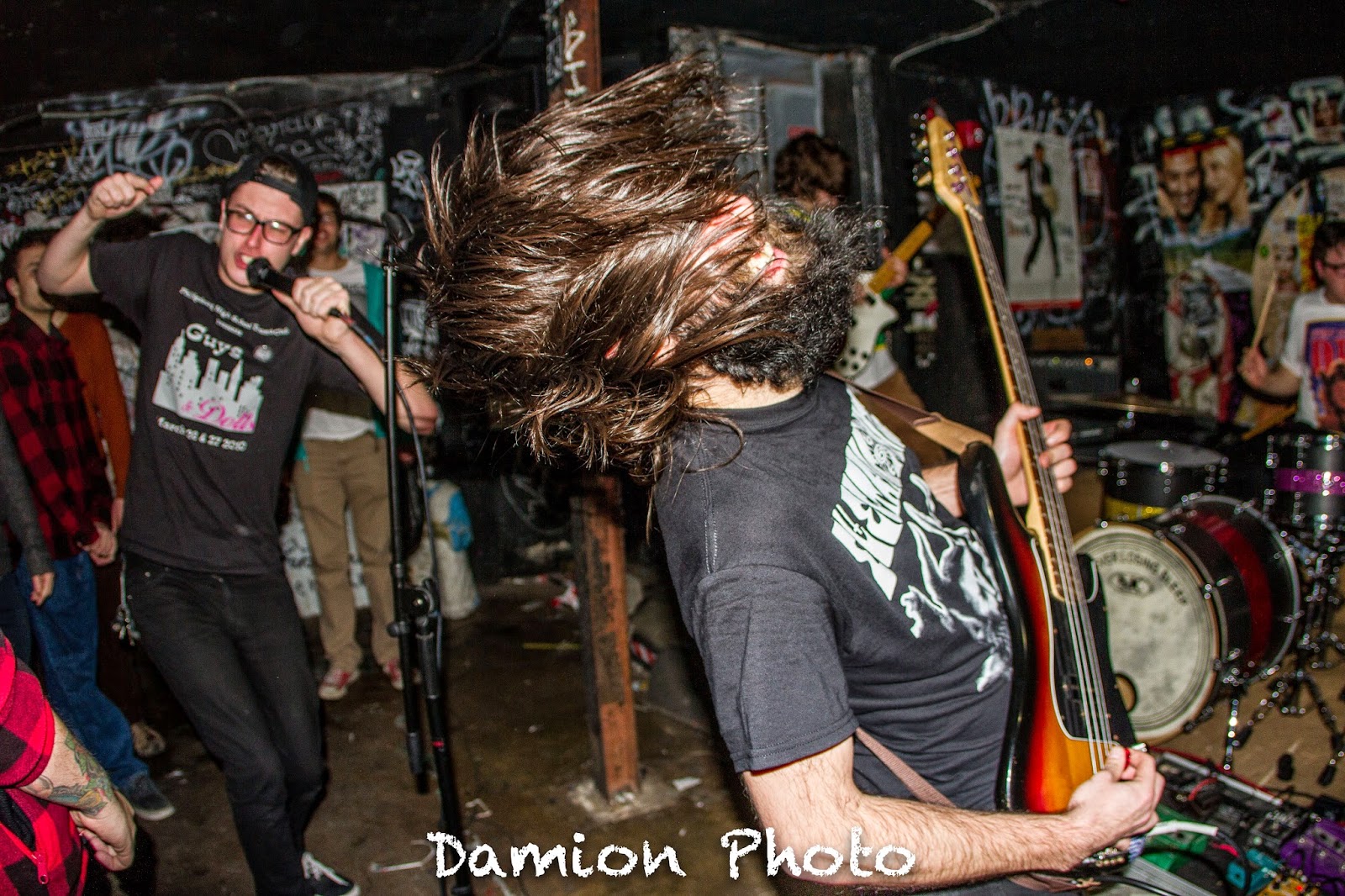 Closing the night was the newly reconfigured Archie Alone. The Sussex County Punk act has been a solid favorite since the Spring of 2013 when they played alongside the band
Moon Tooth at Clifton's Dinbatz. Since then Archie Alone has become a permanent feature on this blog due to countless shows and  emotive, high energy sets that fuel and passion to get off the couch and feel alive. When I originally heard the phrase
"This will be our last show in a long time." a while back. I couldn't help but wonder if the band was about to call it quits. Imagine my glee when I learned that the break would not translate in to a break up. Instead, the band is moving towards a more defined sound. 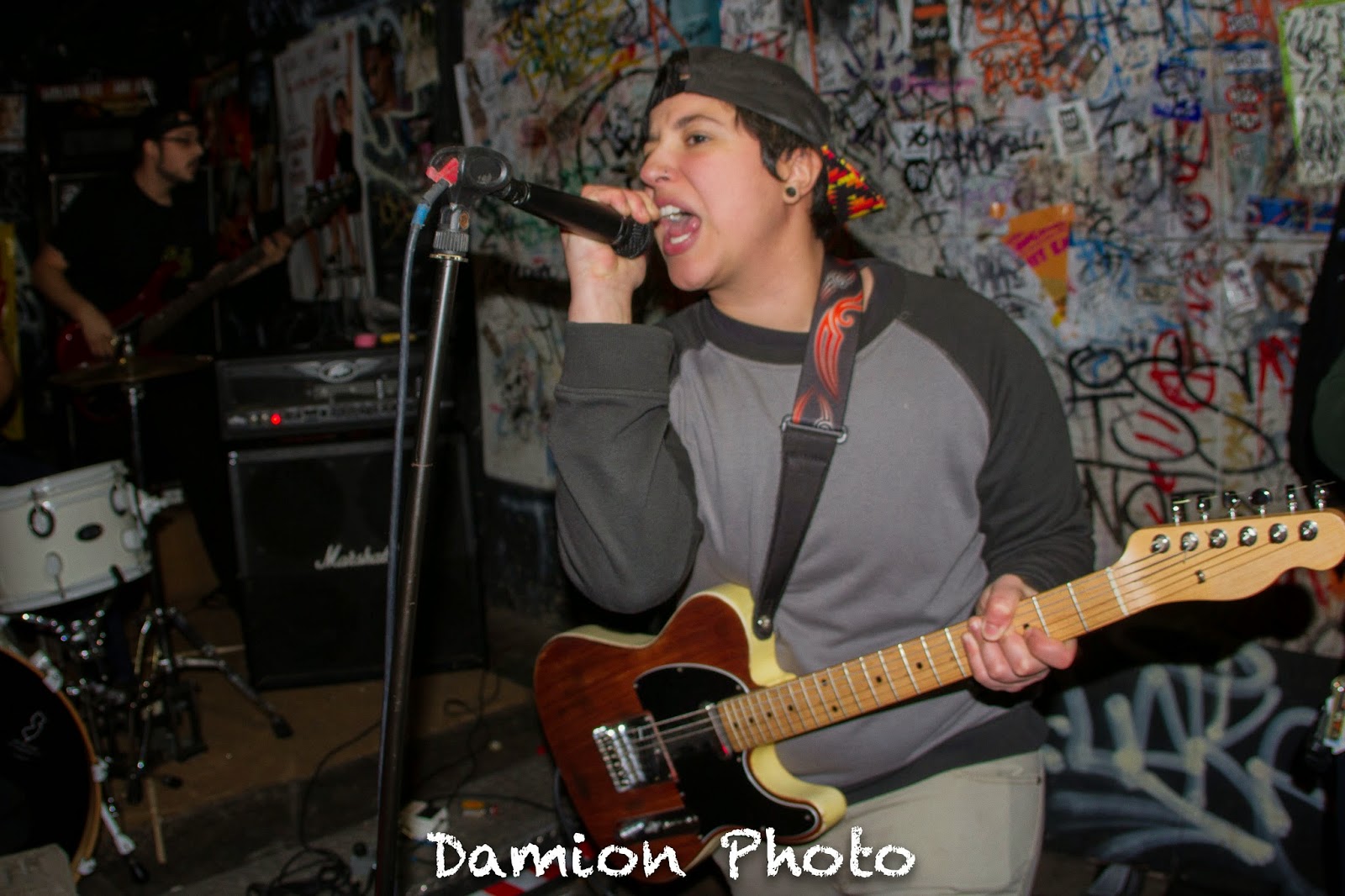 Perhaps the most notable change sees the departure of rhythm guitarist Pete Lapore.
The band will move forward with the bands singer
Nicole Mesce becoming
singer/ guitarist Nicole Mesce. Often time, when a band changes personnel or it's singer suddenly gets straddled with an instrument. The change can take time to coalesce.
Often time failing to do so.
On this particular night.
The band didn't seem to miss a step. While their set followed the somewhat abbreviated nature of the bands it followed. Things sounded great on these ears and those in attendance. Things are looking good for Archie Alone. One can only hope that enough people take notice and make an album a top priority for early 2015. Here's to looking forward to good things. Until then. James Damion 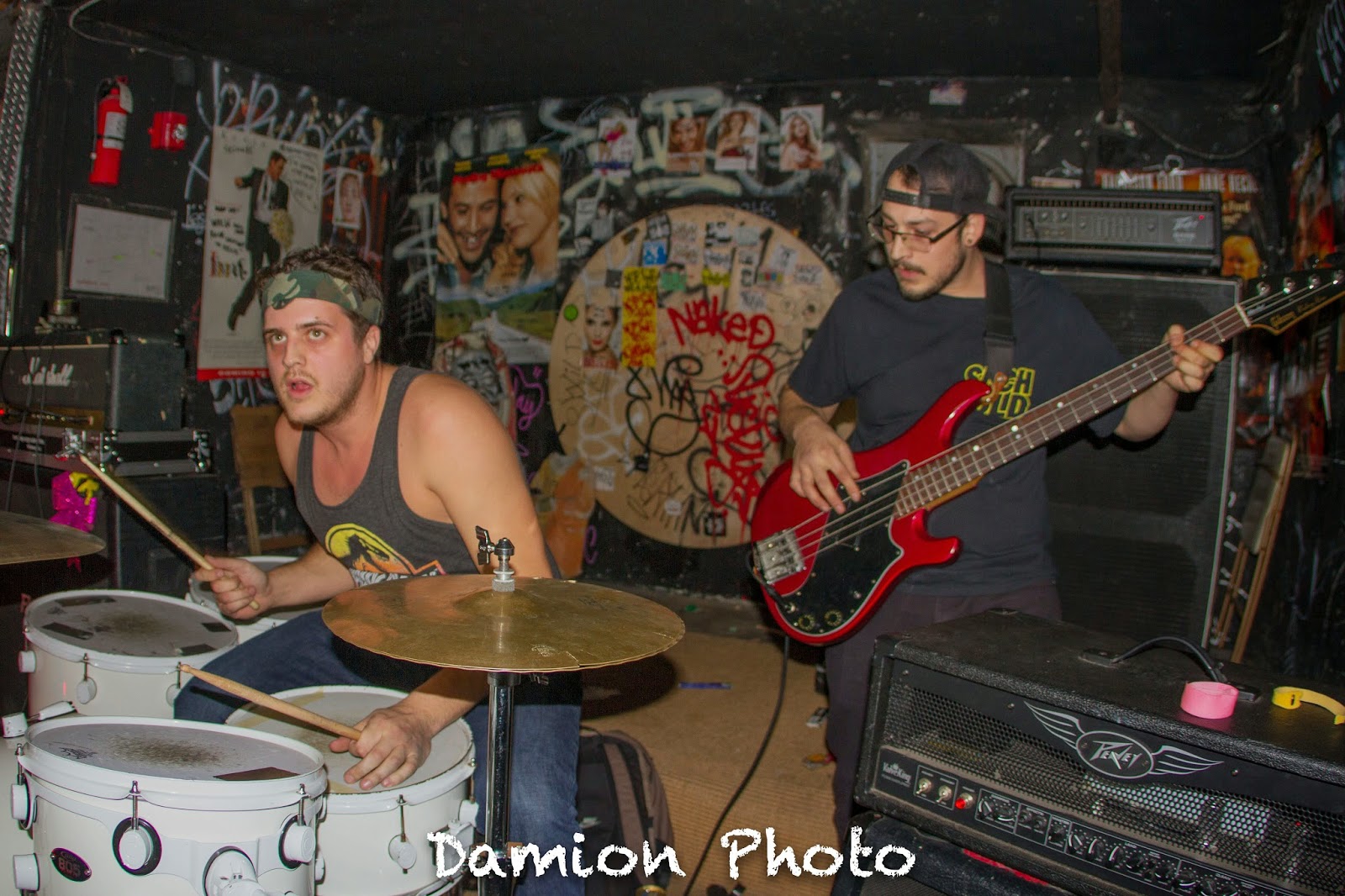 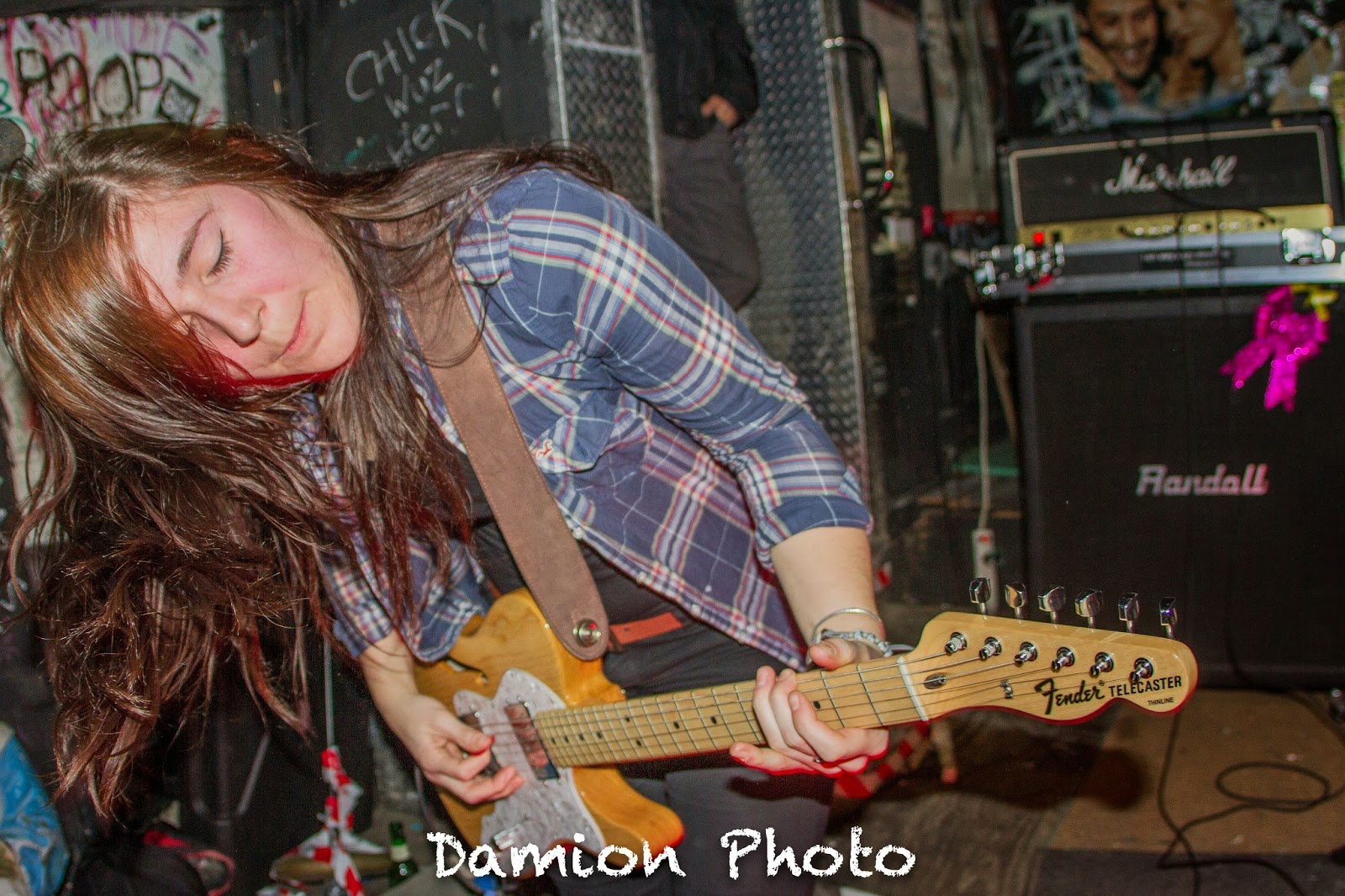