On Life Eaters impressive debut. The Jersey based five piece take the bull by the horns with hard rock bombast and punk rock intensity. The bands personnel, which reads like a who's who of the Jersey indie and underground music scene, forge a tight alliance that, from the outside, seem to possess great chemistry. Featuring Michael Sylvia (Killinghorse Records)
– Vocals, Romel Espinel ('¡No pasarán!')  – Guitar, John Gonnelli (The Rye Coalition,
The Black Hollies) – Guitar John Feuerbach –  (Décir Decir)  - Bass/Vocals and
Gregg Leto (The Rye Coalition) Drums/Vocals. These guys come to the table making a lot of fucking noise.

While the bands sound, approach and delivery can easily be traced to 60's/70's
heroes such as The Stooges, The Dead Boys and even The MC5. 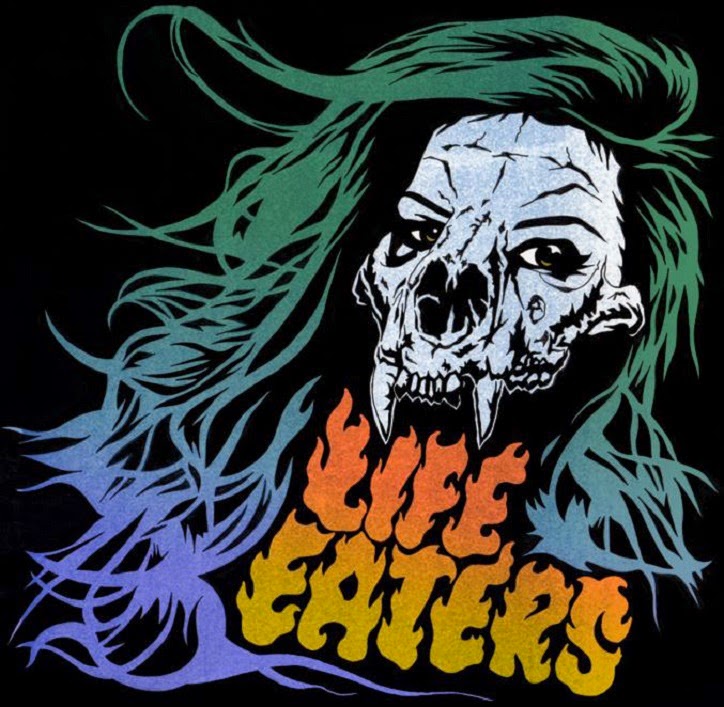 More current acts such as
The Rye Coalition and Cold Fur seem to have heavily influenced the bands overall blueprint.

The twelve song banger opens with the screamer
I'm the one you Wanted. A song that enforces the Loud Fast Rules ethos of Punk Rock.
Searing vocals accompany relentless guitars and savage rhythms. The Life Eaters impress on all levels.
The pummeling continues throughout delivery scorching favorites such as Salt City, Lock it in, Atom Bomb and Government Kids. Overall Life Eaters deliver a perfect debut that stands as one of 2014's best, brightest and downright hardest. Lets hope they stick around for a long time. James Damion

Get it Here Killing Horse Records
Posted by James Damion at 2:24 PM