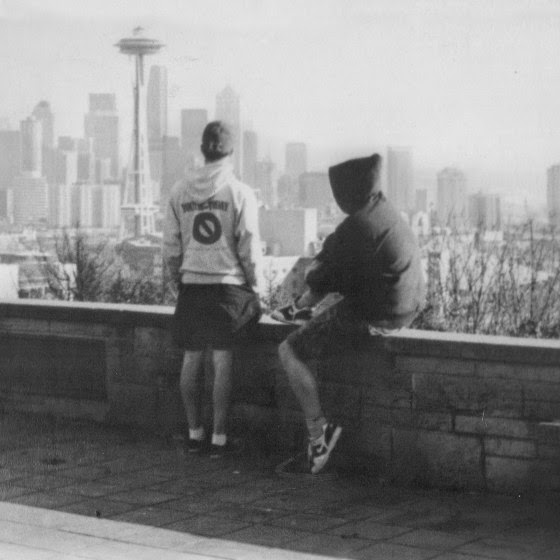 Not long before bands like Nirvana put Seattle on everyone's musical map.
A band by the name of Brotherhood were putting the West Coast and many of their contemporaries around the country on notice. Though the band existed for just over two short years (87' to 89').
Their recorded history (a demo and two 7' EP's) was heralded as some of the best and most sought after material the genre produced at the time. Years later those 7' 's would cost most collectors a weeks food money at record shows while inciting epic bidding wars on sites like Ebay. Comparable to acts such as Chain of Strength, Insted, Uniform choice and Bl’ast. Brotherhood drew influences from earlier Hardcore acts such as SSD, DYS and New York's own Straight Ahead.  Harsh, yet expressive and emotive Hardcore delivered with a certain sense of authenticity.

While Greg Anderson would go on to play in the highly regarded Amenity and Engine Kid. Nate Mendel's membership in Sunny Day Real Estate and eventually, The Foo Fighters could be considered on of the monumental stage dives ever.

"Til Death" includes the bands original demo, two 7' EP's,  a 32 page 7”x7” booklet with liner notes & tons of photos from the era. Packaged in a thick Stoughton tip-on single pocket jacket. Painstakingly remastered by Brad Boatright. The record is available in various colors, including, but not limited to "True Blue".  As for the cover. Who could ever forget that iconic cover photo taken by Boiling Point fanzine Dennis Cheng? Overall, a must have for anyone who loves 80's Hardcore and it's very deep history. I highly recommend it.
James Damion

Get it Here  Southern Lord