RYE COALITION: THE STORY OF THE HARD LUCK 5
Documentary Premiere 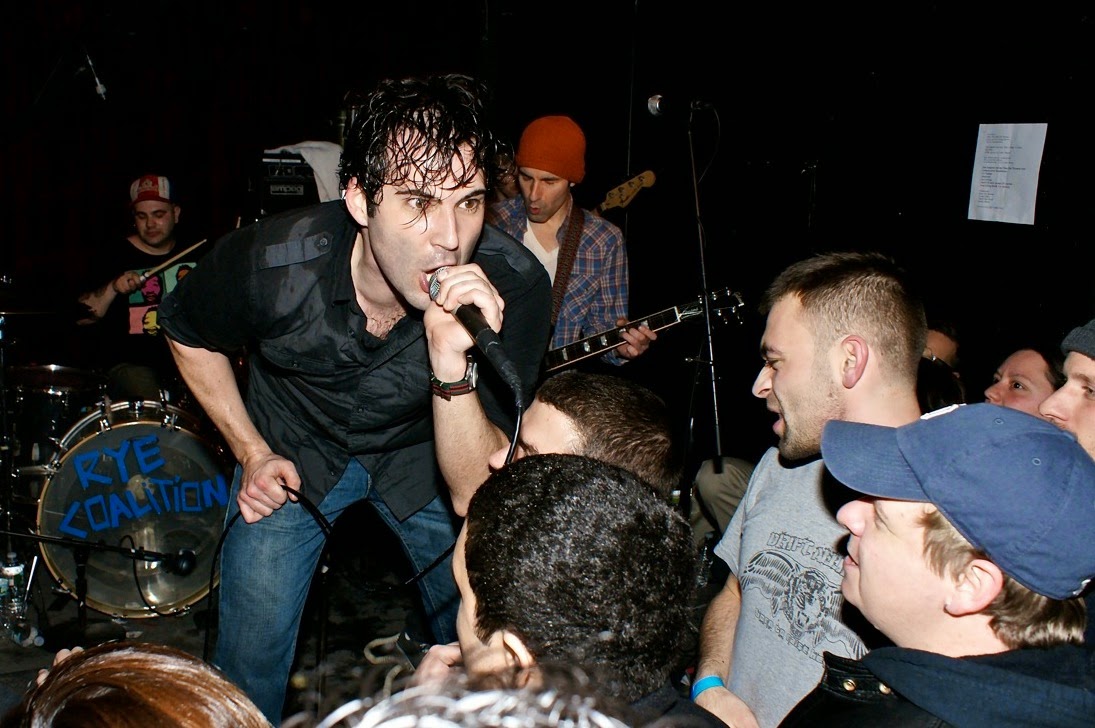 An intimate and fiery rock documentary tracing the rise and fall of Rye Coalition
Premieres May 30, 2014 at the New Jersey Film Festival & June 8 in NYC

When they signed with one of the world’s biggest record labels, Rye Coalition was primed to finally get their glory, or so it seemed. Like countless rockers before them, childhood best friends started a band in a basement with a couple simple goals in mind: have fun and play good music. As one of the first bands to develop the new “emo” sound, they were at the forefront of a movement that included Shellac, Sunny Day Real Estate, Jawbreaker and Karp (with whom they later recorded a legendary 12" split). Rye Coalition’s first recording was a demo cassette tape (1994's "Dancing Man", self-released), backed by an East Coast tour in a beat up schoolbus long before most of them had their driver's license. As their talent and fan base grew, they released albums on indie labels and toured the country for over ten years on bigger and bigger bills: (Mars Volta, Queens of the Stone Age,
Foo Fighters). After gaining momentum from 2002′s “On Top” LP, engineered by
Steve Albini, they were signed to Dreamworks Records and none other than Dave Grohl (Nirvana) came on as their producer. Then, it all imploded.

The filmmaker has continuously documented these singular rockers for over a decade, brazenly chronicling choice moments with Rye Coalition (and those who know them well)
on tour, at home and in the studio. Although the band was praised by critics and supported by an absurdly dedicated grassroots fan base, somehow these Jersey rockers never got their due. Until now.  Dir: Jenni Matz, 2014; 77  minutes.
Featuring: Steve Albini (Shellac), Dave Grohl (Foo Fighters), Tim Green (Nation of Ulysses),  Jon Theodore (Mars Volta), Jared Warren (Melvins).