It's not an original idea. Surely, getting a couple of A-list bands to head into the studio and record a track or two from the others catalog has been done, done and did. Come to think of it. It's not a bad idea at all. Bringing together two bands who not only play in similar genres, but have a genuine admiration for one another. 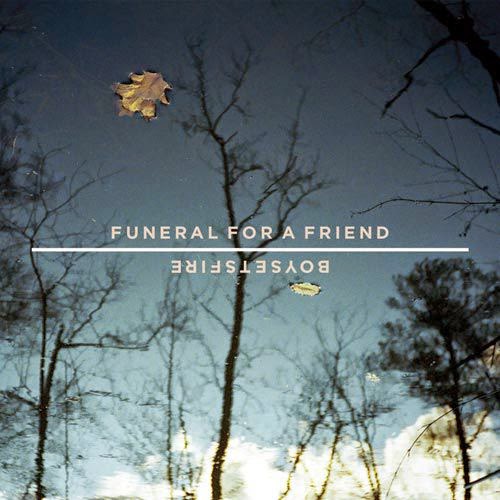 No Sleep records did just that by bringing together two heavy hitters in BoySetsFire (NJ) and A Funeral For A Friend (Wales) to exchange covers and ultimately walk in each other's shoes.

My first go through with these two songs left me feeling pretty flat. The second and third spins only solidified my first impression. Though these covers aren't terrible.
They certainly didn't do anything to quicken the pulse or evoke any strong reaction within me. The reasons why I was disappointed with this split are simple. One of my absolute favorite bands (BoySetsFire) covers a song from a band I really don't like
(Funeral For a Friend). All while a band I don't really like cover one of my absolute favorite songs (Rookie) from one of my absolute favorite bands. If you're a fan of either band.
I wouldn't sway you from giving this a spin. Personally, I plan on passing this on to someone who might. The record comes on grey vinyl and includes a download card. James Damion

No Sleep Records Get it Here
Posted by James Damion at 4:53 PM