I’m not really a music critic. I’m more of a music free-associator. When I listen to something new, it often conjures up memories or feelings; and that’s what I try to put into my “reviews.” Sighs, the debut album from Jersey City trio Overlake, had me doing quite a bit of free-associating over the course of its 36 minutes. 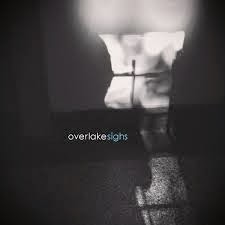 Tom Barrett (guitar / vocals), Lysa Opfer (bass / vocals), and Scotty Imp (drums) steep Sighs in the sounds of early 90s shoegaze and alt/indie rock, delivering an atmospheric collection that features dreamy vocals punctuated with bursts of explosive guitar noise. As I listen to the record, I can’t keep myself from thinking back to the times when all of Sighs’ influences formed kind of a soundtrack to my life.

Sighs opens with the instrumental and appropriately-titled “First.”  Barrett’s guitar chimes and reverberates, bolstered by a slow, steady driving rhythm section. I was really into
Hal Hartley movies in the late 80s, early 90s -- The Unbelievable Truth, Simple Men, and, most of all, Trust. “First” had me thinking of the soundtracks to some of those films –
Adrienne Shelley or Martin Donovan staring blankly, delivering deadpan dialogue -- and how my future wife and I first saw Simple Men at a bar on Hoboken’s Washington St. that used to do Tuesday indie movie nights.

“First” eases right into single and one of the album’s standouts, “Disappearing.” As the verse progresses, it sounds almost like a continuation of the opening track; but the building tension becomes more and more apparent until things explode into the chorus.
The accompanying riff, if you can call it that, sees Barrett making his guitar sound like another instrument entirely, making me think “Only Shallow.” Similarly, “Back To The Water” embellishes things with some of that tremolo assisted strumming that I love so much.

Things turn a little more post-punk on “Fell Too Far,” which sees Opfer contributing vocals on the verse. The bell-like guitar tones and chugging bassline recall some of the sounds I’d turn up in the car on my drives down to Sea Girt to work the snack bar during my high school summers. “Our Sky” combines pop and noise into a Mascis-like stew that had me waiting for the big solo to cut through all the fuzz. About two and a half minutes in, we almost get it.

“Is this something we’ve heard before?” asks Barrett on the reminiscent of Sonic Youth album-closer “Is This Something?” Well, yeah. But that’s not a bad thing here. I don’t get the sense that Overlake are cynically mining the sounds of their influences in order to cash in on “The 90s Revival” or whatever. Instead, they obviously have a great love and encyclopedic knowledge of these sounds and employ them to tap into some deep corner of the listener’s psyche.

For an old guy like me, that takes me back to my post-college years in NYC / Hoboken, when I met my wife and started making my way in the world. For someone who didn’t grow up listening to this stuff, I can only imagine where this expertly delivered dose of mind expansion will take them.

Sighs is out now on Killing Horse Records. James Appio