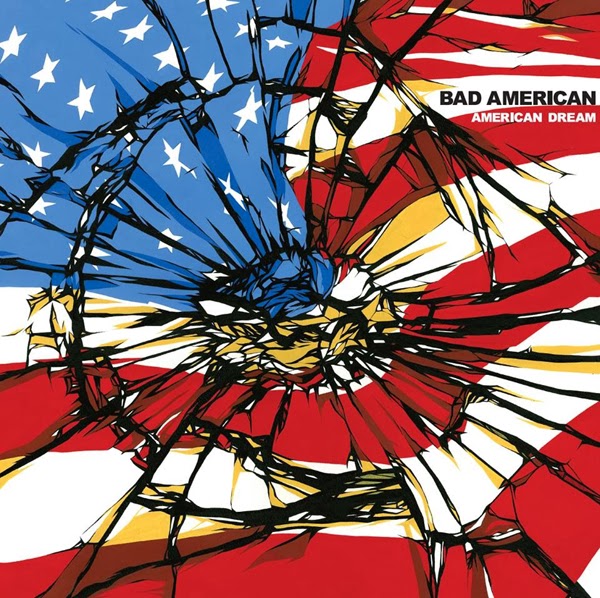 Bad American's new album "American Dream" is a full on no nonsense ass kicking of a record from start to finish. The guitars are noisy, the bass is thumping and Ray's vocals are pissed to the 10th degree.
In the past I have compared BA to Black Flag but I can honestly say that I no longer hear  Black Flag in their sound at all.  On American Dream, Bad American  sounds like a band who has found their footing and is moving forward with their own take on modern hardcore music. If I had to draw comparisons to any band it would be to a  new school band like Total Abuse, and I mean that as  a compliment. I've seen Bad American live within the past 12 months as well and I have to say that their live show is total insanity. If they come to your town I would recommend you do not miss them...Dave G.
Bandcamp
Facebook
Posted by Dave G at 2:52 PM