A Night of Releases, Debuts and Celebratory Hugs at the Court Tavern

Due to my hunger and the fact I spent most of the early part of my evening waiting for my food to come out of the kitchen. I managed to miss most of Darryl Norrell's acoustic set. The two or so songs had a laid back and cozy appeal that would have felt a lot more intimate if the crowd assembled had come anywhere close to the stage. Blame it on my empty stomach, but I was starting to picture myself sitting up on stage with the band roasting marsh mellows. Take it any way you want. It seemed a nice way to open the night. Say what you want, butI think that long bench at the back of the room serves as a Lazy-Boy for a lot of people who just aren't quite ready to fully commit to a good time.

Sink Tapes followed and though I had no prior knowledge of the local New Brunswick quartet. I found myself immediately drawn to their melodic and seemingly effortless approach to Indie Rock. Their set quite impressive musically. I felt drawn to
drummer / vocalist Gabe's delicate vocal delivery and easy approach to the drums.
I created an imaginary line a few feet from the stage. Not wanting to disturb the intimate setting their set created. My one regret of the night was not bringing enough cash to properly ransack Sink Tapes merch table. I hope to get the chance again soon. Only time will tell. 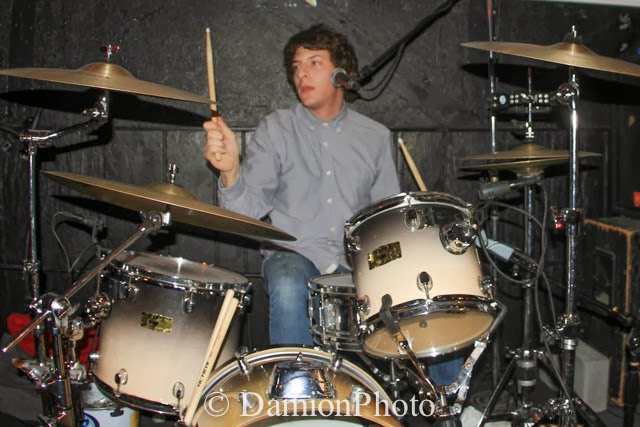 Considering how much time I've spent lending my ears to Modern Chemistry's
'We'll grow out of this' Review Here
and 'An Introduction' Review Here. 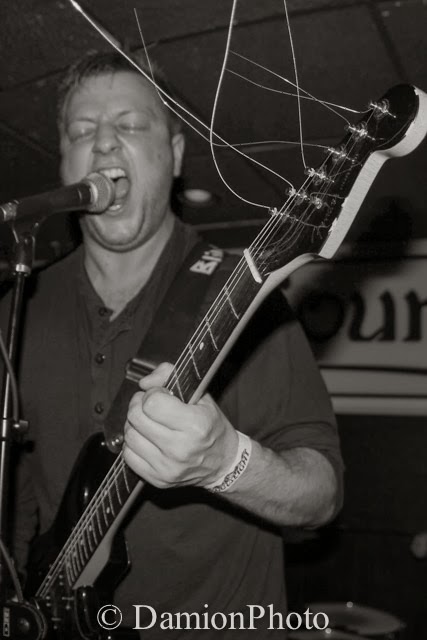 It's hard to imagine this was my first opportunity catch the band live. Lucky I caught them on this particular night, considering this was to be the bands last local show for some time.
Their uplifting energy and spirit moved the laid back and somewhat stand offish crowd away from the bar and the comfort of the bleachers within striking distance of the stage.
Lead singer / guitarist Brendan Hourican grades high in the frontman department. A mix of energy, charisma and the ability to perfectly engage in onstage banter without it sounding forced or phony. The band's set included  songs from both EP's along with a couple of new ones.
Considering Modern Chemistry list 80's
Power Pop band The Outfield as one of their key influences. I shouldn't have been the least bit surprised when they rolled out a cover of the bands sole hit 'Your Love'. Regardless, my jaw dropped so low. I can accurately relay the the floor of the Court Tavern tastes like a combination of rubber and Pabst Blue Ribbon.
It really raised the eyes and ears of the already involved crowd and put a nice ribbon on an excellent set. 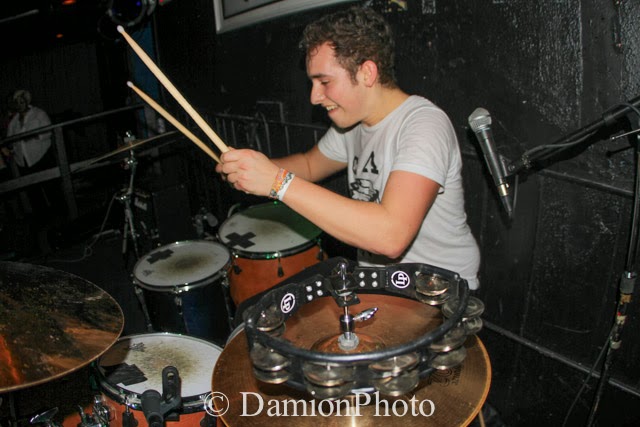 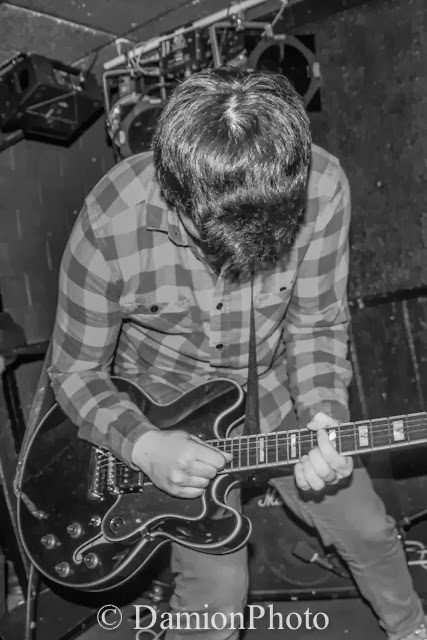 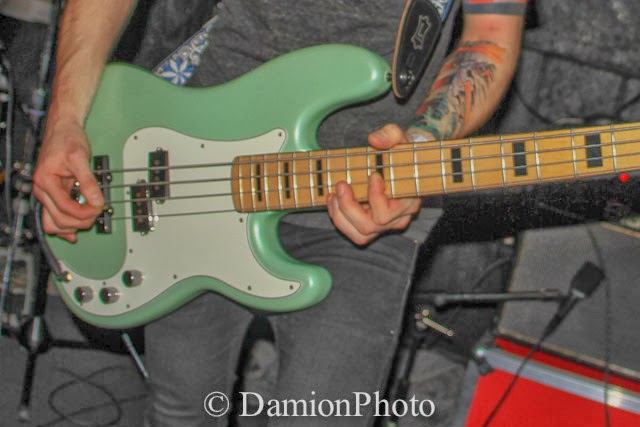 Being that it was their very first show. The Sound is Fine landed a pretty sweet spot on the bill. The Wayne, New Jersey natives whose members comprise of two sets of brothers (Reed and Skyler Adler and Evan and Colin Campbell) are no strangers to the New Jersey independent music scene. Reed, Skyler and Evan comprised 3/5 of the now defunct
Nico Blues. Truth be told. I may have never made it out if it were not for Reed personally asking. It's hard to believe it's been over a year since I've seen these guys. The band played a tight set of celebratory Rock n' Roll  that included songs from their debut EP. One so good, I knew the words and hooks to each song before they even plugged in. Life their predecessors The Nico Blues. I can see The Sound is Fine making a big impression on the current New Jersey music scene and beyond. Be sure to check back in Friday for my review of the EP.

The Sound is Fine 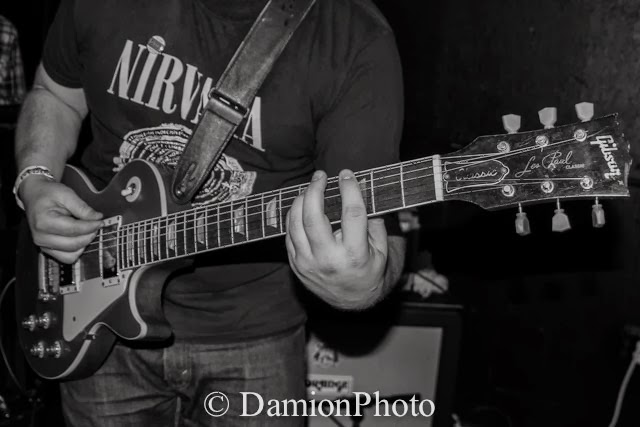 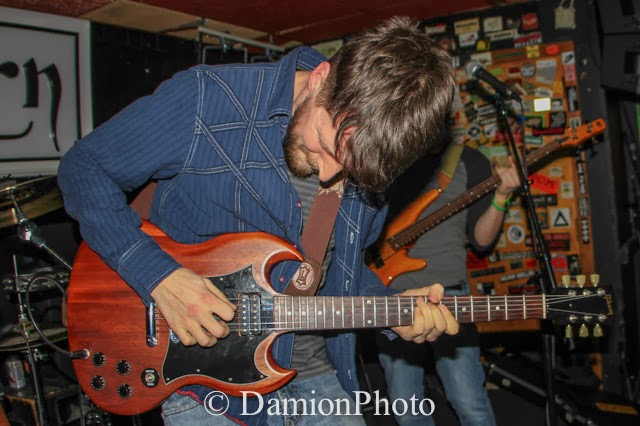 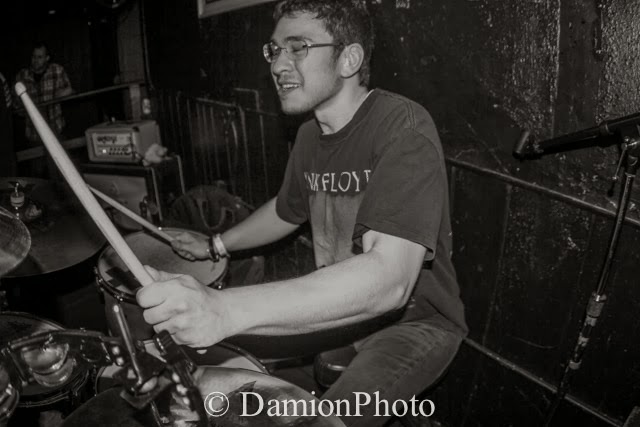 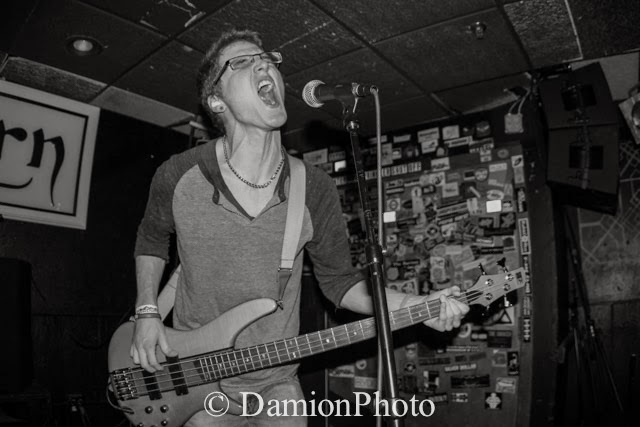 With their new single 'Grandview Terrace' in tow. Local heroes Holy City Zoo closed the night on a high note. The band and personnel have been favorites of mine since the inception of the blog in 2001. Earning a special place in my heart and partial credit for my continual hearing loss. While The New Brunswick noise makers provide the energy and intensity of the areas best Hardcore our. They've grown to become on of the most musically proficient and technically smart band I can think of. Think Rye Coalition meets the Foo Fighters in a dirty New Brunswick basement. I can't think of four more laid back and chill people to hang out with. Interesting, considering the brutal savages they become when plugged in.
It wouldn't be a Holy City Zoo gig if Frank didn't remove his shirt to revel his werewolf lineage. Like Modern Chemistry, they mentioned this would be their last local show in quite a while. They plan on following the new single with an extended lockdown in the studio.
One can only hope the time spent will help produce the bands first full length and big big spot for me on the "Thank List." Only time will tell. James Damion 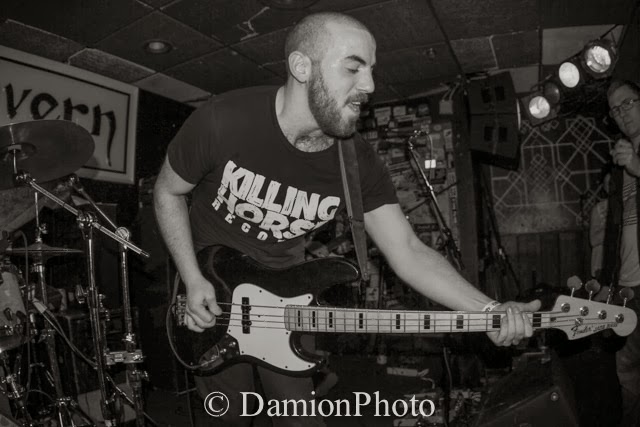 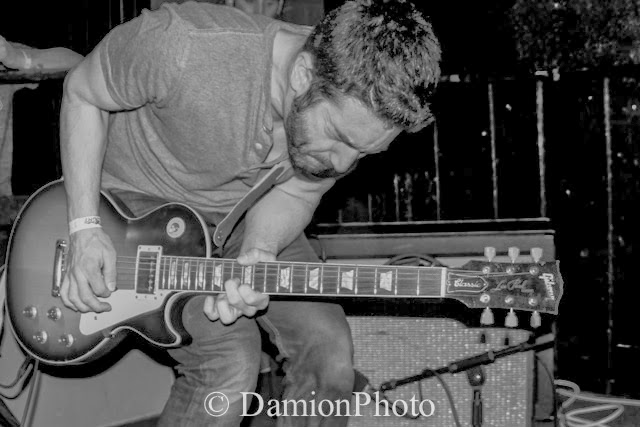 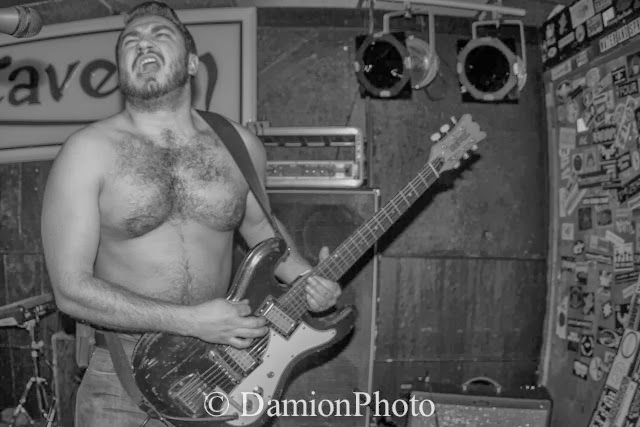 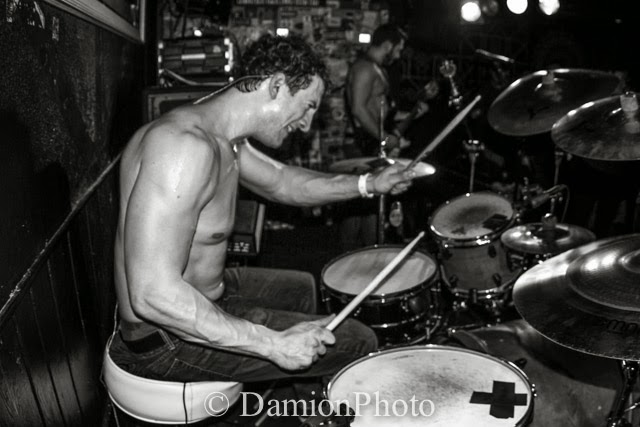 This was only my second time back since the Church St. landmark reopened and it can't go without saying the new owners have really done a great job with the place. I look forward to more shows, warmer weather and a few games of pool in the near future.
Posted by James Damion at 5:54 PM