Static Radio NJ: One More for the Good Guys 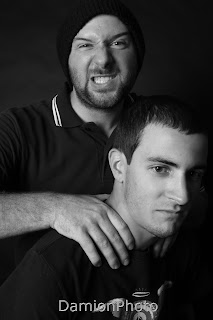 Since their debut in 2002 Static Radio have come a long way but not without taking some heavy hits.
It's been almost 10 years since they got on this ride called "punk rock" and they show no signs of getting off or giving up. What makes Michael Santostefano and Vic Castello, original members and main songwriters, keep going?
Here's some stories shared and questions asked on a September afternoon in my apartment.
Shannon Perez


Mike: Did you hear The Arteries do the
Dead Milkmen song? Its "Dean's Dream"?

Vic: It's coming out soon on a split with us.

Shannon: No Way! I love The Dead Milkmen! What other songs are on it?

Mike: We do a demo version of "Last Year" and it's actually Chris Scanlan's last recording with us which is so weird to say.

Vic: We actually do a Gallows cover, "Nowhere To Go". The test press just got ok'd and you can Pre-Order Here

Mike: Yeah,  there's nothing fast. It's definitely different but it wasn't a conscious thing.

Shannon: It's a lot darker and more emotional than your past stuff. Is this the album you would like to be taken more seriously? 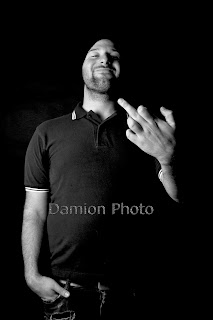 Mike: Well, my life changed and my life has changed since then. As you get older life get's harder. Relationships end, people get married, people fucking die. When I was 22 my reference on life was,"dude's on tour can be total dicks, yeah" and that was all I really had to say. I never had to deal with death or deal with a relationship that was flawed and fucked up on both sides. It's not meant to be shocking. I'm just like anybody. I'm writing what I know and that's what I knew at the time. Me and Vic both still live those lives. We're still scared. There's a bigger risk involved now. Our friends are going off and pursuing careers and we're still in that band trying to make it.
Me and Vic went through hating all of our albums at some point but I put this on and I like it. I'm proud of it. It was just a natural progression. It's not like our next album is gonna be a rap/rock album. I really don't think it's miles away from our first record,
but I hated some of that first record. After every vocal take I felt like I was going to keel over and die. I didn't know what I was doing.

Shannon: So, the song, "Between Hello and Goodbye,"  what's that about?


Mike: Man, my shit isn't about anything. I don't really think about it. I don't look at a chair and say I'm going to write about that chair. I never sat down and said I'm gonna write a song about my dad. Everything subconsciously makes sense afterwards.

Shannon: Do you consider yourself a writer?

Shannon: So, you have a new line-up. Tell us about it. 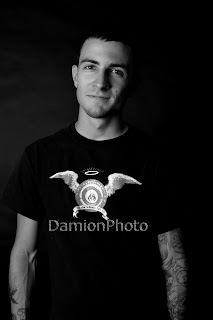 Vic: I like this stuff now and I love this line-up. Our live shows are as good as it's ever been. We got Chris Krause. He's a drummer from Florida and played with a band we toured with Arm The Poor. He's also in Devout and Bible Dinosaurs. Charles Chaussinand played with No Harm Done and Off-Sides.

Shannon: How did they change the dynamic of the band?

Mike: I just think Chris Krause saved us. Ya know,  your as good as your drummer. He's so, so solid. We were borderline nervous trying to get him in the band.

Vic: The way we wrote the album is me and Mike demo'd the songs with me on drums, we sent it to Chris and when it came time to record I was almost giddy cause he added a whole new thing to it. Then we had a few second guitarists. Dave from Banquets went to Europe with us but he couldn't do it so we got Charles Chaussinand for The Arteries tour we did. He's super amazing and with him we are just unstoppable live.

Shannon: Why did you switch from Black Numbers to Kiss of Death for the new release?

Vic: Well, I shopped it around, had a few people interested but we decided to give Kiss Of Death a try and there's no hard feelings. We love all those guys from Black Numbers. I think this is our best record to date. Hands down.

Shannon: What's next for Static Radio?

Mike: I don't know. Everything else about music is debatable and the only thing that rules everytime is playing, recording and making it happen. It sounds cliche' but if that's why you're not doing it at the end of the day and getting managers and making it is your only focus you shouldn't even be in a fucking band. If you're not worried about writing a good song and getting better at what you're doing, what are you doing it for? There's so many fucking bands with all the business shit in order and sponsors but they play a show and I just want to go to sleep. It's so forced. This shit is pouring out of my ass. It eeks out of me. It's just in me and I have no control. I don't have to force it.

Shannon: Anything you want to add?

Vic: Actually, Shannon, the first time me and Mike technically met was August of 1986. Me and Mike were born in the same hospital 3 days apart, same year. 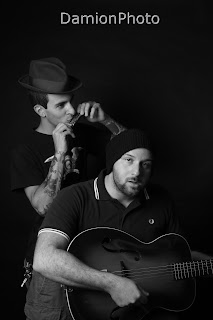 Vic: I tried it before. It just doesn't work.

Mike: Me and Vic are attention whores.

Vic: That's why we're still in this band. For all the attention.

Mike: I never fuck with his side of the stage and he never fucks with mine, but if he does, there's a battle royale. We're the most egotistical people you'll ever meet. And i kissed a guy....twice. And we support our troops.

Shannon: Are you really too cool to care?

Mike: Oh no. I care very much about the environment, animal rights, free speech..

Vic: And the right to bear arms