Thanks to the good folks at In Effect Fanzine for posting a link to this incredible and downloadable zine that looks back at releases, both real and rumored that had great potential to remain as classics more than twenty years later. During my years on the Hardcore scene and beyond. We all heard rumors and even saw ads promoting
releases that never managed to see the light of day. Imagine the impact of Guillotine's 'United Scene' cassette release would have made if it were to be put to vinyl.
The lost Token Entry LP with original singer Anthony Comunale on vocals recorded for
Rat Cage  Records or the often rumored Krakdown/N.Y. Hoods split LP. The list brought me back to my teens and even my elementary school comic book collecting days with
Marvel Comics series "What if?" As I read each of the entires I began licking my chops searching for links with announcement that each of these rumored treasures were finally making their way to slabs of vinyl that accompanied by extensive liner notes, images and anecdotes about how and why these treasures weren't released in the first place.
These things can still happen, right? An old man can dream the dreams of a teenager, right? 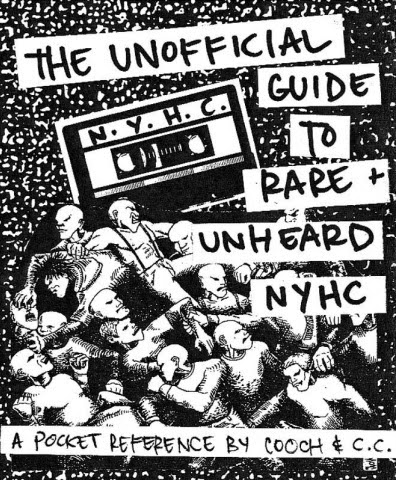