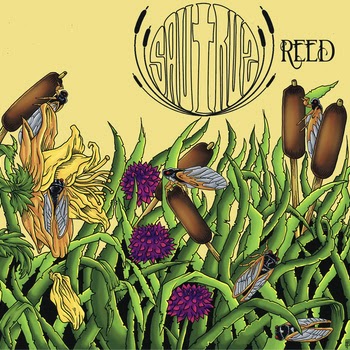 When I was first received an email from the Sautrus camp about reviewing their album 'Reed'. I was immediately transported to the late 80's when I was heading up a fanzine called Unite.
At the time, Unite was beginning to get some attention outside of the U.S.
One particular correspondence stuck out for one reason or another. It was a kid by the name Pawel. (Paul for all you stateside types) Though we only exchanged a handful of letters and photographs. It was my first exposure to lesser known HXC bands outside of the states and the knowledge that the Hardcore scene and music I had become very intimate with was effecting kids like me worldwide.

So when someone from the band Sautrus contacted me about reviewing their music on United By Rocket Science. I was particularly happy they were willing to trust the
U.S. Postal Service to securely deliver their labour of love.

On 'Reed: Chapter One' Northern Poland's Sautrus give fans of heavy music more than they bargained for and much more than they could ever hope to get. Taking a sound that as crafted in the late 1960's and giving it somewhat of a facelift. Heavy Doom Rock/Metal with a strong foothold in the Stoner Rock. An overall sound that immediately brings to mind the early days of Black Sabbath with it's Murky and flat out evil approach. Inspiring leads, dark and dirty bass lines and convincingly evil vocals that feel as if they're calling out from the seventh layer of hell.

One of the most surprising and rewarding offerings of the early year. A must for fans of Sabbath, Kyuss and even Kylesa. Very impressive, to say the least. James Damion