Agnostic Front - No One Rules 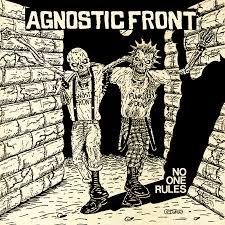 The past is on a crash course with the present with a slew of documentaries, books and what feels like a continuos archeological dig for long lost and often forgotten material from both obscure and celebrated artists.

"No One Rules"a collection of 34 songs recorded over two sessions. The first predating their classic debut 7' "United Blood". The second,  just prior to their first full length
"Victim in Pain".
A time that, for many, saw the band creating, defining and ultimately, placing NYHC on the map. Rightfully earning them the title as the Godfathers of NYHC.

"No One Rules" just might be the best collection of resurrected material I've heard to date. The overall sound and delivery brings the listener back to an essential period in both Agnostic Front's and the often overlooked early New York Hardcore scene. A record that fits neatly between "United Blood" and "Victim in Pain". Records considered by many, including myself to be the bands most vital and raw. 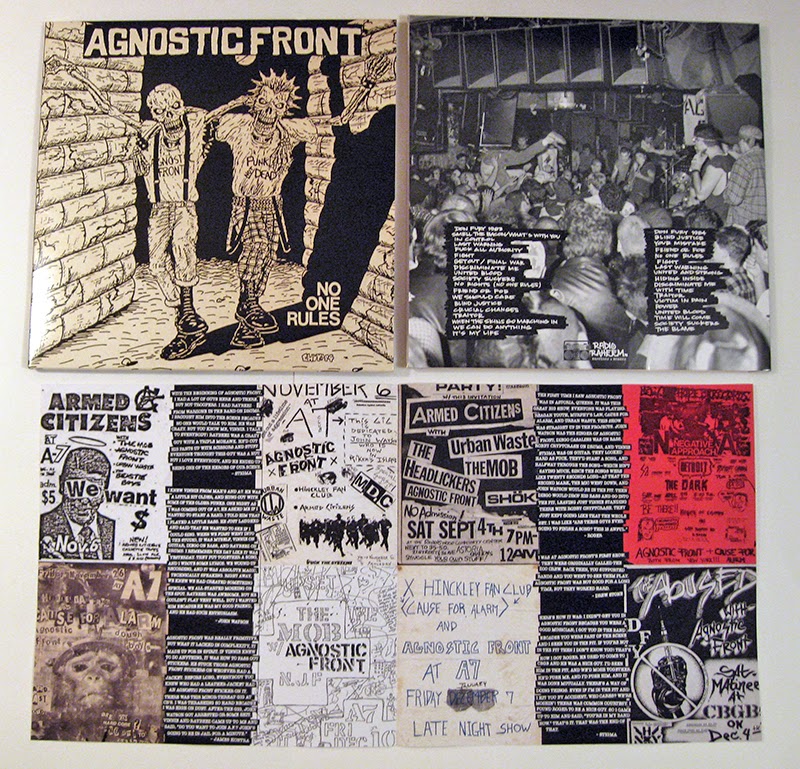 Radio Raheem Records deserve a great deal of credit for their hard work in getting this long lost, never before released material on Wax. There's an astonishing amount of detail to the history of these tracks, the early years and days of Agnostic Front and the
New York Hardcore Scene.
The massive 48 page full color booklet that comes with the record is worth it's weight in gold. Featuring more than
150 archival images tracing the bands humble beginnings in 1982 until the end of their first nationwide tour in 1985.
There's also additional commentary and anecdotes from the band and members of the early NYHC scene.
An absolute can't miss for fans of the band and hardcore alike. James Damion

Radio Raheem Records    Get it Here