Those Mockingbirds - Penny The Dreadful

Penny The Dreadful marks a turning point for Those Mockingbirds, who have spent the last few years carving a steady path to the forefront of New Jersey's sea of rock bands on the strength of exceptional live performances and promising EP Fa So La. It was difficult to predict the sound of long-form Mockingbirds, as this is a band whose devotion to the hook always belied a deep, varied pool of influences among its five participants and a knack for arranging them super-creatively. Penny captures this band successfully satisfying either impulse, meeting their potential, and injecting life into a style that some seem to think is approaching anachronism status.

Above all, because it plays so well from front to back, I'm really pleased with Penny as an obstinate defender of the album format. The first three tracks carry the feel of singles, with "A Ballad From Hell" standing out for its chilly vocal-violin combo and the steady build to the tempo boost halfway through, totally cinematic and terrifying. Loud mode then kicks in on 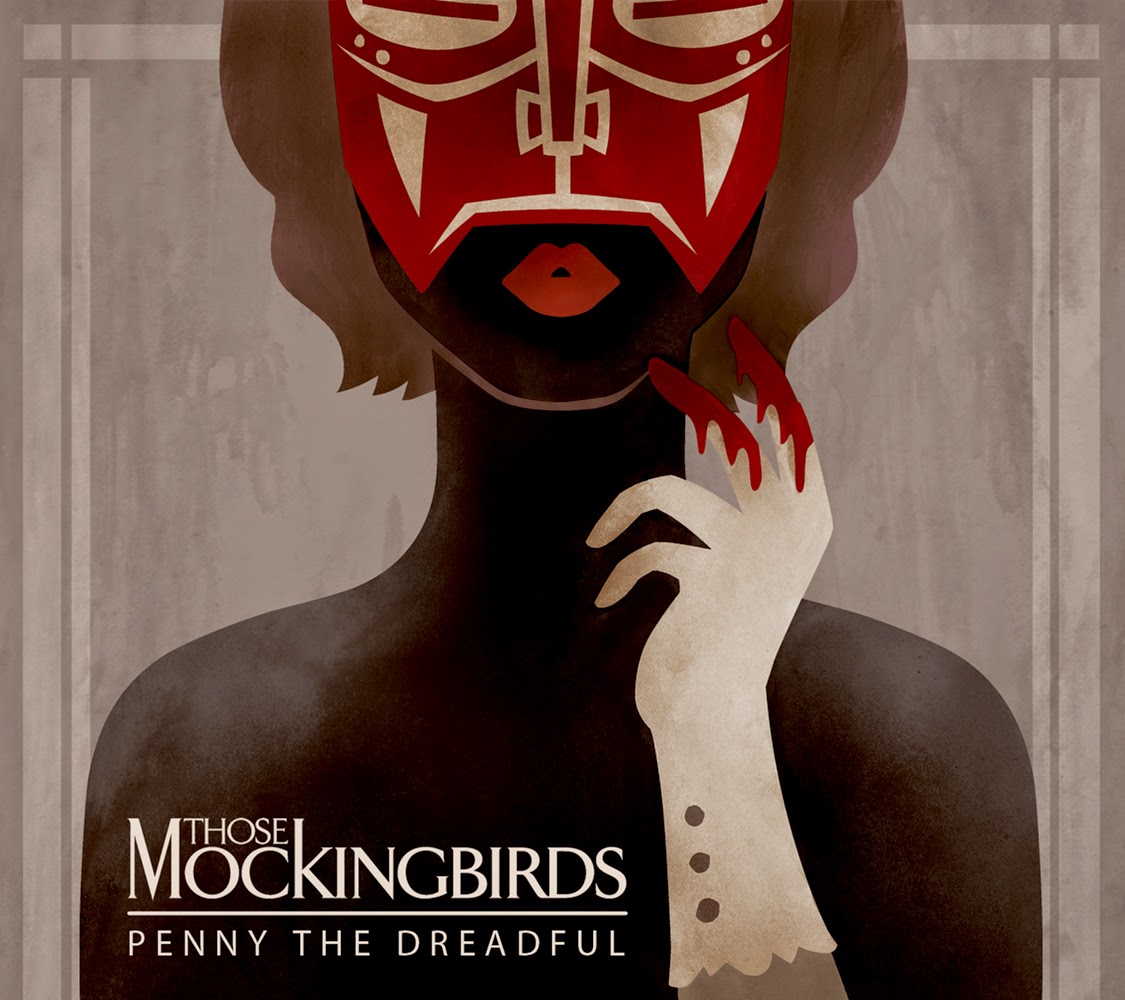 "How To Rob A Bank" and "Teenage Fantasies," which hit quite directly and leave me feeling divided. These songs overflow with grimy riffing and thick textures, flaunt finely-tuned choruses, and benefit greatly from the big production. All the same, once
"Loose Leather" unfolds next,
it gives the sense that this band is looking toward bigger things than just a carefully-trimmed single or two for summer rock playlists.
Its Cave In-sized chunk, slick leads, and beyond-catchy vocal interplay between singers
Adam Bird and Tory Anne Daines bring me much closer to my alt-rock happy place.

The absurdly-catchy chorus of the pumping "Bodies on the Road" is probably my favorite on Penny, with the runner-up going to bittersweet pop-rocker "The Reckoning" and its declaration,"I don't wanna know what it's like to be happier." Elsewhere, where it'd have been easy to succumb to filler, the band toss us track after track with fresh flavors and elegant arrangements. "Destroy My Love" recalls the eerie indie-rock saunter of some of their
pre-Fa So La jaunts for a song packed with interesting contrast: The bass's stomp in the verse against Bird's feathery falsetto in the chorus; the timbres of the guitar and plucked violin as they both play the hook; the meditative bridge giving way to an embittered, explosive climax. "S.A.L.T." switches to downtempo shuffle with a gorgeous, mourning violin melody and layers of soaked guitar. Penultimate ballad "Model Myself" and closer
"I Feel Like I Died" turn toward a pensive mood with great effect, especially on the latter as Bird gives a crushingly frank morning-after reflection that creates an odd peace together with gently-fingerpicked acoustic.

Clearly a labor of love, Penny The Dreadful covers a lot of ground, and deftly so. Simultaneously blunt and subtle, simple and nuanced, Those Mockingbirds have struck a careful balance without sacrificing an ounce of passion. Like every strong debut, the feeling of satisfaction comes with imagining what they might try next. Penny doesn't provide any obvious answers, and I wouldn't have it any other way. Darrel Norrell
Posted by James Damion at 6:00 PM