I was introduced to Long Island's Brain Slug fairly recently at a somewhat rare Hardcore show at nearby Stevens Institute of Technology. 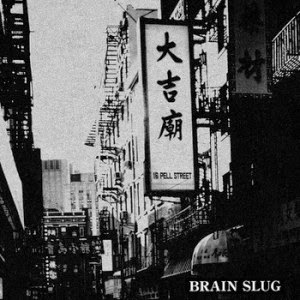 That night the band played a set that made me realize my local Hardcore scene had a lot more to offer than the annual festivals and reunion shows.
Raw, angry Hardcore that really helped set the tone for a night to remember.
Originally released on cassette by Bleeding Edges and
Self Acceptance. This two song chainsaw finally makes it's way to vinyl format. Featuring two songs of early 80's influenced Hardcore that will have you thinking of bands like SSD and the more geographically friendly Krakdown. Quick and to the point. "Creep" and "Annihilate Me" take their walk on the dark side. Brain Slug are definitely a band to keep your eyes on. The band recently performed at the annual Black 'N Blue Bowl and play out regularly. Be sure to check this out. James Damion