Ski Patrol were a UK  post punk band who were active from 1978 - 1982. The original Ski Patrol discography consisted of four 7" singles of which their first two singles Everything Is Temporary and Agent Orange  are  collected here in remastered versions of the songs. The third ep Cut is represented here with two alternate versions of the songs Cut and Faith In Transmission. The remainder of this Lp is fleshed out with 4 previously unreleased songs, with the song Extinguished  represented in a DUB mix version and a Vocal mix. 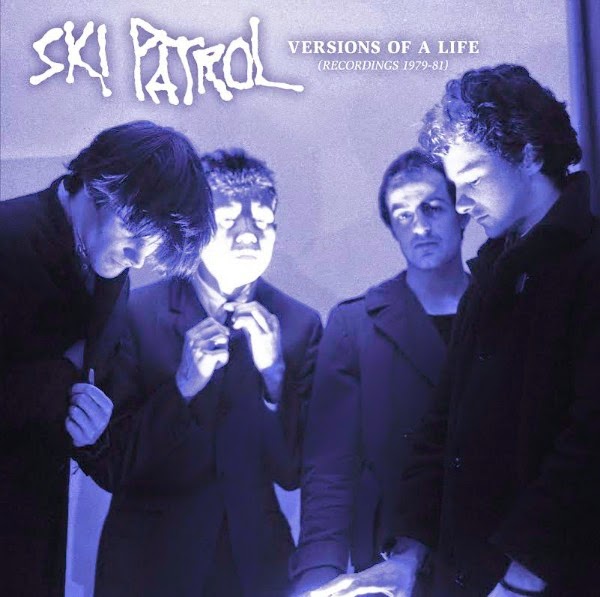 Overall, this collection of songs is very cohesive and it plays well as  a full length Lp. I wonder if this attempt at cohesion is what caused this to be a collections of their output from 1979-1981 as their much more uptempo and almost danceable 1982 single Bright Shiny Things b/w Electric Bell Girls is not included or acknowledge as part of their recorded history.

Anyway, if you are a fan of early post punk bands like Joy Division, Early Modern English and Crispy Ambulance then this record is highly recommended.  My favorite Ski Patrol song has always been the hypnotic Agent Orange. However, all of the bands original recordings  are excellent and the previously unreleased songs that are included on this disc are of equally high quality...Dave G.