Fast moving Peruvian Hardcore Punk from the late 80's that had an immediate impact on me. Having no prior knowledge of the band and limited exposure to much south of the border punk, I had no expectations whatsoever as to what I was about to experience.
Surprisingly, despite the language barrier,
(The songs are sung and the lyrics are printed in Spanish.) this little obscurity quickly proved the notion that music has it's very own language and the powers of rage and alienation are universal. 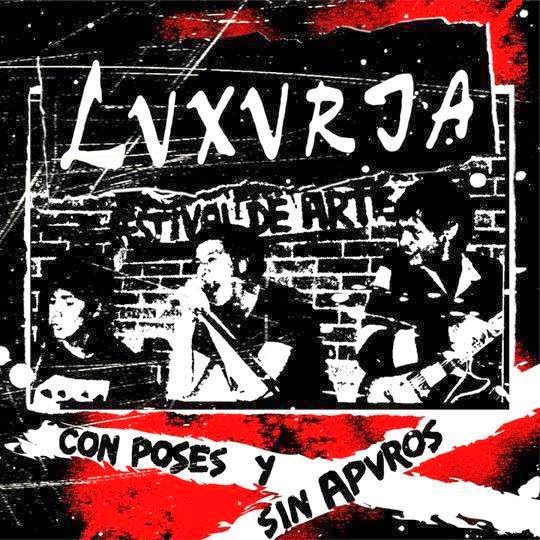 Each of the four songs featured offer something interesting and unique with surprising elements of melody and coherent vocals that have an interesting story telling appeal to them.
While the bands sound can best be summed up as Punk. Elements of Hardcore, Psych and to go out on a limb, Folk can be felt throughout.

Being how latin influenced the New York Hardcore scene was at the time of this recording,
I can easily see LVXVRIA being well received at a
Sunday CBGB's matinee.
The simple fact that the demo itself was recorded over a quarter century ago, somehow elicits the explorer in me. I can't help but want to dig deeper into Peru's early contributions to Punk, Hardcore, Psych and beyond. Released on RockSvb records and brought to me by my favorite archivist Freddy Alva of Wardance records.
This was as much a pleasure as it was a surprise. I highly recommend giving it a spin.
James Damion