Street Sects - The Morning After The Night We Raped Death 7" 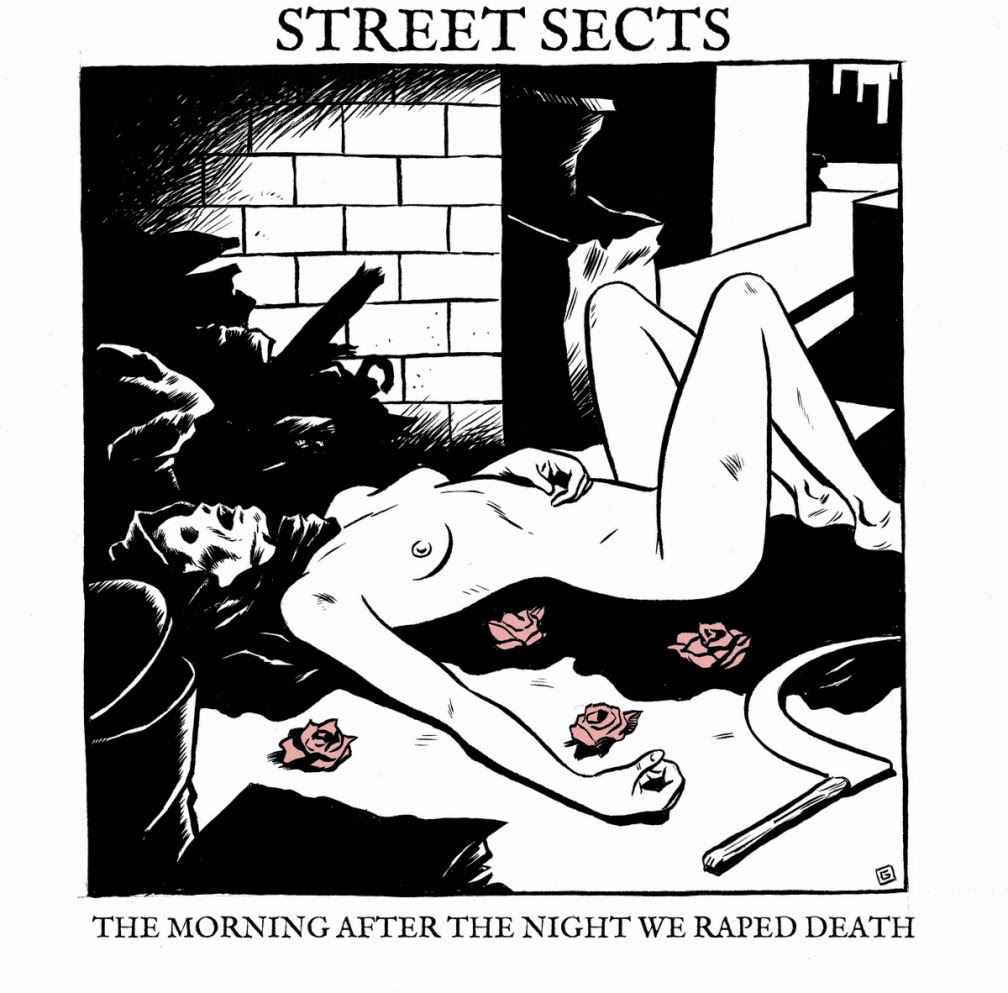 Street Sects  is a two man electronic collaboration between Leo Ashline and Shaun Ringsmith who came together following Leo's long time battle with substance abuse, which he has thankfully overcome.  The one sheet explains that the bands musical focus is to use modern sampling  technology to challenge the limits of what HARDCORE music can be , and to my ears they have absolutely succeeded, by creating electronic music that is dark and frightening, but at the same time desperate and achingly sad in some way.   Personally, Street Sects has succeeded in creating a soundscape that somehow awakens my own inner sense of self destruction, and that  is a very powerful emotion to invoke through music.

If you dig emotional music regardless of genre, then I would highly recommend you give Street Sects a listen...Dave G

Additional details:
.
The Morning After The Night We Raped Death is the first of five  7" singles that will be released in 2014 and 2015 as part of a Serialized album titled "Gentrification". Each record in the series will be pressed in an edition of 200 black vinyl, and 300 color. The color vinyl will be reserved for a special edition box set, which will be released shortly after the release of the 5th record.

Email ThisBlogThis!Share to TwitterShare to FacebookShare to Pinterest
Labels: Street Sects - The Morning After The Night We Raped Death blogpsot