North Jersey quintet Science have steadily developed into one of the most entertaining live bands in their area, delivering intricacy and a diverse menu of sounds with post-hardcore vigor. After dancing our asses off at a memorable Clash Bar set late in 2013, we made it a point to track them down. Guitarist/keyboardist/noisemaker Tomasz Garnek took some time to tell us about their impending debut album, their development as a band, and more.
Their single "Any Waking Moment" awaits you on their Bandcamp HERE. They'll appear live at Backroom Studios on March 1st for a Lamplighter-hosted show with The Sound Is Fine and Impossible Voyage, and with Reese Van Riper on March 9th at the Cake Shop. 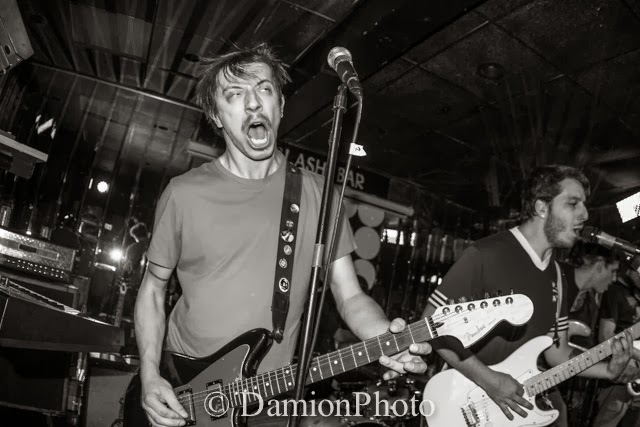 Darryl: Science's sound seems to have blossomed since we first saw you play at the Meat Locker in summer of 2012. What's contributing to your development as a band?

Tomasz: Oh man, that was a great show, and definitely a turning point for us establishing ourselves in the local scene at that point. This was not long after our original guitarist left and we were trying to reconfigure our band as a 4 piece with Evan taking on lead guitar. Adam Bird of Those Mockingbirds was kind enough to get us in on that show, which was a Tiny Giant Showcase, and we were very lucky to have our sound heard and to network with a lot of great musicians that we are still very close with to this day. I think that show in particular, and the great reaction we got, gave us the confidence we needed to really push our band forward.

Darryl: What influences are at work in your new music? Is there a direction towards which you feel you're steering your sound on the full-length?

Tomasz: Well, I think one of the biggest influences in our new music and just the overall development of our band has been the acquisition of our current bassist, Andy Longo. 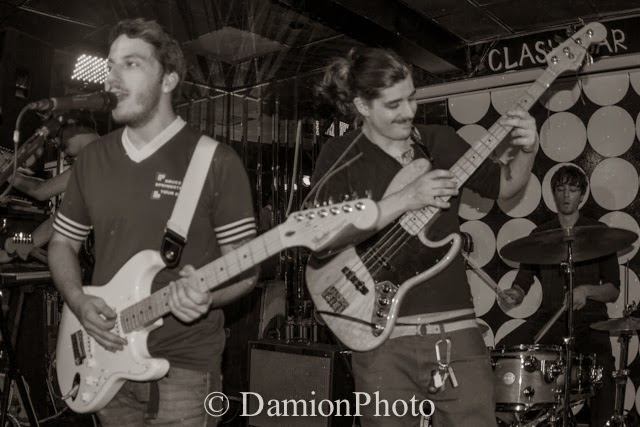 When we started Science in 2011, we were a 5 piece but with Alex doing bass duties.
In early 2012, one of our original guitarists left and we were forced to restructure our songs as a 4 piece. We were definitely struggling to find our sound and were leaning more towards pop punk. However, towards the end of the year, we started jamming with Andy, put Alex on guitar duty, and something just clicked.
Andy and our drummer Steve had a really good vibe off the jump and, being the highly skilled bassist that he is, he really made everyone in the band step their game up. We started writing new songs with him and moved away from our pop punk origins toward a more progressive rock sound.
We didn't lose our roots, but I can easily say that Andy was the missing ingredient in this concoction that we call Science.

Tomasz: We did the demos for the album at North End Studios, which is kind of like home to us. We have our practice space there and Ed Auletta, the owner and main engineer there, has been extremely supportive to us, almost like a father figure to this band. We've done plenty of demos with him, and he recorded our single "Any Waking Moment", which is currently available on our Bandcamp  HERE. (Shameless plug)
However, for the actual album recording, we went back to Backroom Studios where we recorded our first EP "Don't Panic!" in 2011. All of us have done several different projects with Kevin Antreassian over there, and we really wanted him involved on this recording.
We were lucky to have Ed come up to Backroom during our sessions as well.
We are very grateful to have such a high caliber of engineers and producers involved.

Darryl: What have you found yourselves writing songs about?

Tomasz: Alex generally writes most of the lyrics for our songs. What I personally like about Alex's song writing is that the guy can write a hell of a love song. I'm a sucker for pop, so I always appreciate a good ol' fashioned love song. However, one common theme in our band is that we're all huge nerds. So with the new record we have definitely delved into everything from Sci-Fi themes to life and death, and all that's in between. There's a loose concept of our new record about a man, in an undefined future, witnessing his world being destroyed, and the adventures of his life and death thereafter. It's very much open to interpretation, but there are songs on the new record inspired by things like MegaMan and World of Warcraft, so you can kind of see where our heads are at. Haha

Darryl: Has playing on the road been kind to you so far? How necessary do you think it is for a band to tour these days?

Tomasz: While we try to keep a busy show schedule, we definitely haven't been on the road much outside of the Tri-State area. 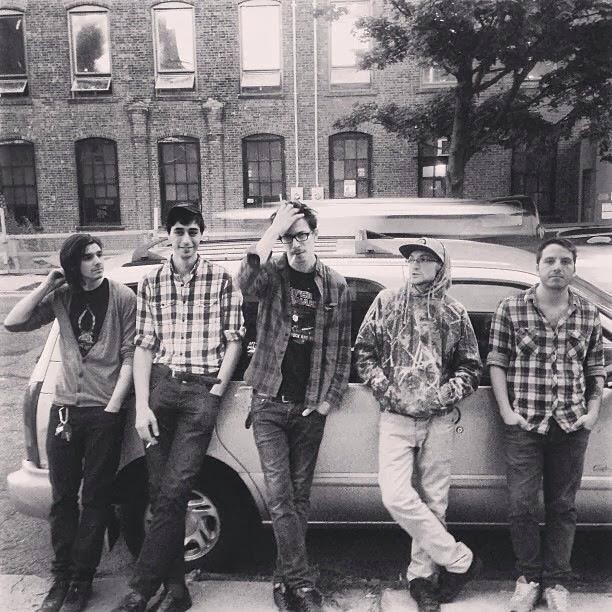 Our biggest struggle with the tour goal, which many local bands can relate to, has been acquiring a reliable tour van. We've been using my mom's old mini-van, the Silver Bullet, to get around to local shows, and while we all have a sentimental connection to that van (which is on it's last leg but seems like will outlive us all)
it is definitely not something we can tour with. Last year, we had a choice to either invest in a van or invest in a new record, and we chose the latter.
The next step, after the release, will be to get a good van and finally start spreading our music further. Even with the ability to get your music heard by more people due to the internet and social media, I think touring is still integral to a successful music career, and we very much look forward to it.

Darryl: Here's a chance to let it out. What's one thing we can all do to make New Jersey's music scene a little better?

Tomasz: That's a tough one, but I would say that the New Jersey scene is still thriving. Obviously, times have changed and everyone says, "it's not like it used to be, man", but it's not supposed to be how it used to be. The scene is supposed to evolve and change, and every generation of bands coming out has the responsibility to build on it. We came into this band thinking, "fuck it, there are all of these awesome bands in NJ, and all of these little sub-scenes, we're just gonna play with everyone", and that's what we did. We never pigeon holed ourselves into one genre; we've played with pop-punk bands, folk bands, metal bands, indie bands, rap artists, etc. It's amazing how many connections you make and what kind of camaraderie you start to feel. On our new record, we have several guest vocals from popular local bands, including additional horns and strings from other NJ artists. We wanted everyone to be a part of this record because the NJ scene made us who we are, and we wanted the record to reflect that. So, that's the one thing I could say we can all do.
Work together. Power in numbers.

Darryl: What's next, once the album's release is behind you? What do you guys want for the band going forward? 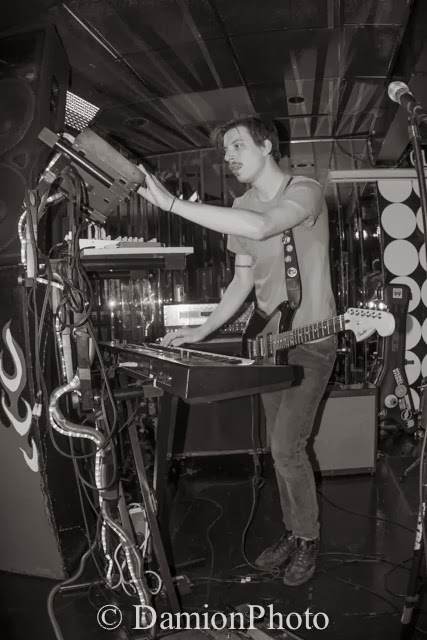 Tomasz: Well, we still have a little ways to go with finishing the record. Hopefully, everything will be mastered and done by the end of March; after that, we will be focusing on filming a video for our first single and releasing that. Then, we'll probably be shopping the record around for a bit. We would ideally like to have it picked up so we don't self release. That's obviously the dream, and we're thinking positive, but we don't have concrete release plans right now. Besides that, Alex is getting married in September (Congrats!), and, after that, the focus will be a van and touring most definitely. We don't know where this journey is going to take us, but we're definitely looking forward to it. After all, it's just a ride...

Tomasz: Haha, well this is definitely more of Alex's forte, as he's the big hockey fan in the band. He is predicting Chicago vs Rangers in the Stanley Cup, with the Rangers getting that W. So, I must say, Go Rangers!