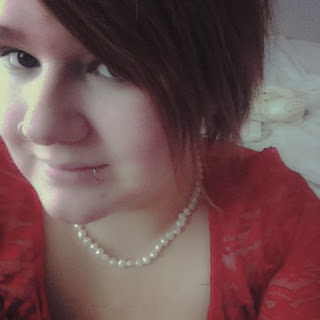 It's nearly impossible to go to a show these days without seeing any number of photographers lining up in front of or alongside of the stage. Add to that the sea of concert goers with iPhones, BlackBerry's and other electronic devices hoisted in the air like cigarette lighters were decades ago at stadiums, forums and auditoriums around the world. We live in an age where every moment is documented and shared for the world to see.
Being a photographer in my own right. I'm always eager to communicate and share experiences with my fellow shooters. Having shared the pit numerous times with Roz. I decided to reach out to the Aquarian Weekly photographer to learn about her beginnings, inspirations and working with the longest running alt. music weekly. James Damion

James: I don't know if you remember, but I fondly recall the first time we met. It was at the Brick City Sound Riot. We were both shooting the event and I remember being a bit drained after hours of shooting and jumping around like an idiot. We had exchanged pleasantries during the day but it's when either Invisible Lines or Those Mockingbirds were set to play, when you gave me somewhat of a warning that something really good was about to happen. Do you remember? Were you shooting for anyone in particular then?

Roz: I do remember that night and I'm pretty sure Those Mockingbirds were about to play.
I was mainly shooting for myself that night, especially seeing how it was the first show I felt like shooting in some time. That was a good night.

James: When did you first become interested in photography? Was there any specific style or photographers that initially inspired you?

Roz: Hrm, that's a good question.
I can't really put a year or date on when I started getting into photography. As a kid I used to buy a bunch of disposable cameras and just go shutter crazy with them- taking pictures of everything and everyone. Then I got my first point-and-shoot when I was maybe 10 or 12 and it was all uphill from there.
When it comes to photographers who have inspired me generally Cass Bird and Cindy Sherman have been two of my biggest inspirations. Todd Owyoung is another one I can lump into the group. There wasn't a particular style that inspired me, I wanted to shoot everything and everyone from landscapes, portraits, pets and especially bands.

James: How old were you when you started going to shows? Do you remember your first?

Roz: I was probably 15 or 16 when I first really started going to shows. My first show was in this basement in West New York. It was definitely a fire hazard type of deal but so much fun.

Roz: I had it with me from the first show. I had my little point and shoot with me and I probably pissed so many people off but fuck it,
I was having fun.

James: Do you remember who played? What is it that made people so pissed at you?
Were you blinding people with your flash?

Roz: Oh jeeze, I don't remember the full bill sadly. Probably my flash and the awkward positions I'd find myself in to get the shot I wanted. But hey, it's in the past (Laughs).

James: What was your first SLR camera? Do you consider yourself a gear head when it comes to what you shoot? What do you use now?

Roz: My first digital SLR was my Canon Rebel XS. I had that for four or five years before I upgraded to the Mark III. I wouldn't say I'm a "gear head" but I do some pretty ridiculous research before I purchase something new for my camera. My current body is the Canon Mark III, the lenses I shoot with are Canon's 24-105mm f/4 L IS USM, 28mm f/2.8, 40mm f/2.8 STM and my old favorite the 50mm f/1.8 II. I recently bought a Canon Speedlite 580EX II, which has been interesting to learn how to use after upgrading from a Bower flash.

James: So, what was the image that got you noticed? What was the band?

Roz: To be honest with you, I have no idea what got me noticed.

James: Do you have any battle scars, broken gear or stories of out of control pits to share?

Roz: I certainly have had plenty of battle scars from shooting shows! I was at Mexicali Live shooting a band I love called
The Protomen and at one point one of the monitors fell off the stage and onto my foot. I've been pushed around, had screaming matches with other photographers (small photo pits will do that to ya) and had to protect my camera from the occasional drink thrower. I actually did crack the screen of my Rebel at a show, apparently sensitive screens aren't a fan of being pushed into sharp corners…..who would've guessed it!

James: How did you come to work with the Aquarian? What was your first assignment with them?

Roz: I just applied for an internship when I was still in college, had an interview and I've been there ever since. I started writing show previews, or Spotlights as we call them, but as far as my first major assignment I don't remember. I should probably dig through our archive and find out. Now I'm curious.

James: Have you taken on more responsibilities with them since then?
Roz: I have! I run their social-media sites and I run this video interview series called Project Greenroom.

James: I'm not familiar with it. Can you fill me in?

Roz: Project Greenroom is a video interview series where bands can, if they want to, also perform acoustically. I try to shoot them frequently but sometimes scheduling doesn't work out ya know.

Roz: Hm, good question. As far as where
I want to go with my photography, I just want to keep on shooting bands
I love and work on coming up with some out there concepts for photo shoots. I do have an idea for a photo book I'd love to publish. Well in five years I hope to still be doing what I love, with another job to support my habits of going to shows and buying camera equipment. Frankly, I have no idea where I'll be in five years and that's the beauty of it. I'm just taking one day at a time and going from there.

(All photos, including her self portrait, by Roz Smith)