All this music; Vinyl Score at Seattle's Spin Cycle

Earlier today I headed up the hill to Broadway East where I accidentally came across "Spin Cycle" records. The store features an abundance used and new records, gaming and DVD's. As I got familiar with the stock and worked my way through the bins of vinyl. I picked out a vinyl reissue of Superchunk's "No Poky  for Kitty". A record that, more then twenty five years since it's original 1991 release, remains a favorite. After some serious digging, being left alone in the shop and being rightfully mistaken for an employee. I came across what would be my choice record of the outing. Ebullition Records #43 Yaphet Kotto's - "The Killer was in the Government Blankets". Perfectlly fitting the Ebullition blue print. San Jose, California's Yaphet Kotto (Named after the African American actor of the same name.) played great emotive Hardcore with sociopolitical lyrics. Released on both CD and LP. The LP came on green vinyl and was limited to a mere 1,000 copies. And while the cover of the copy I found was a bit beaten up the record and the inlets include show no wear, whatsoever. I'm glad I decided to stop in at Spin Cycle. They have a great stock, the prices are reasonable and the employee I chatted with was very friendly. I can't say enough about how he went  out of his way to point our some off the radar spots to catch live music. 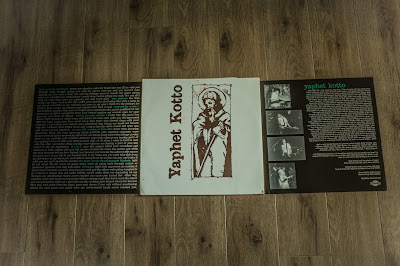 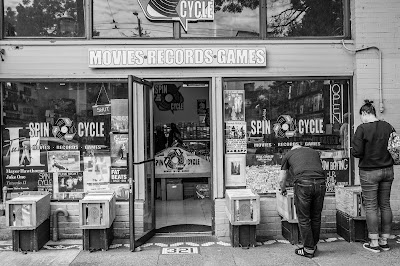