WWIX - If One of these Bottles Just Happens to Fall 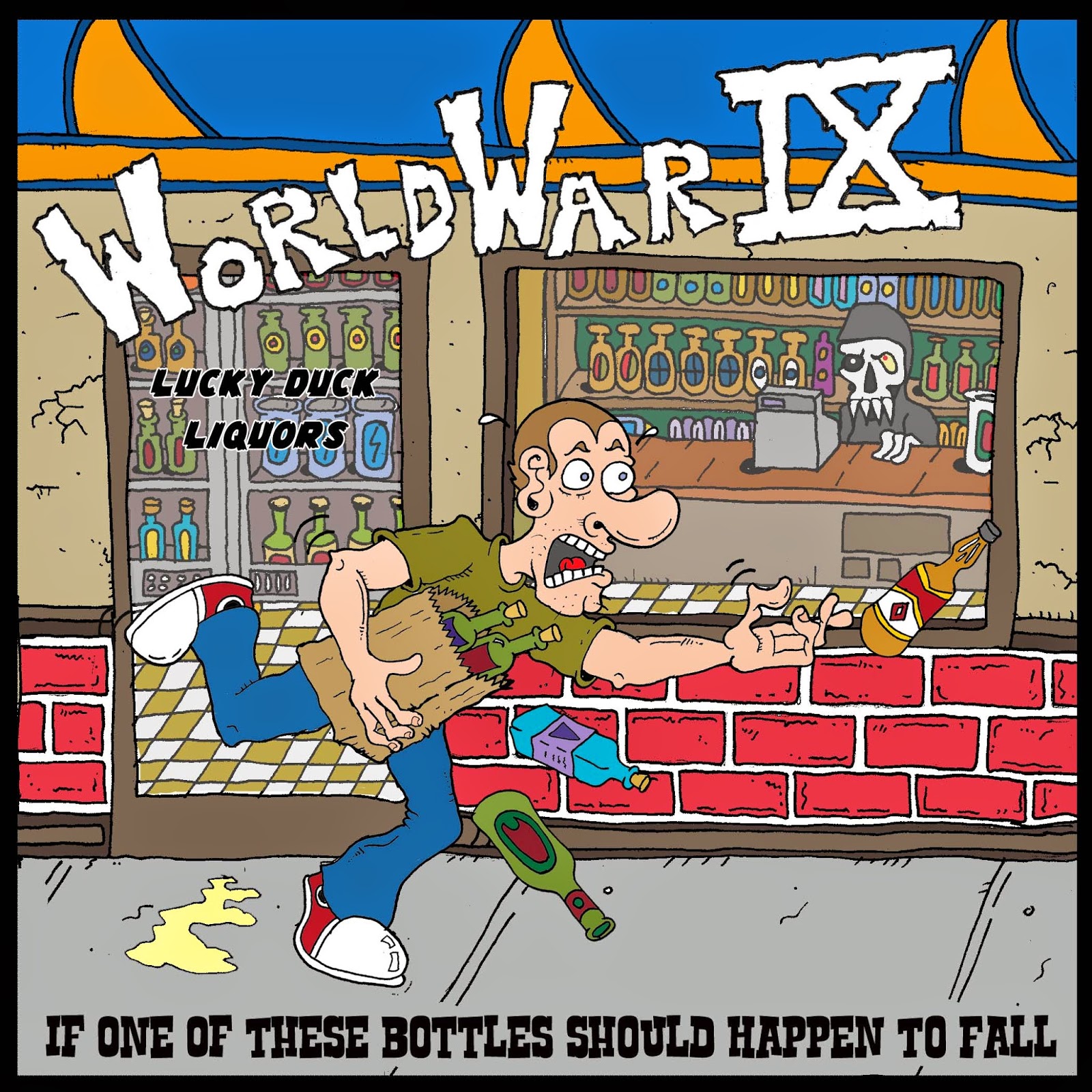 If one of these bottles.... the latest offering from New York's World War IX is a five boot to the head kicker that is an energetic, raucous and drunkenly fun EP that brought to mind past acts such as Murphy's Law and                   No Redeeming Social Value as well as other party anthem acts of the 80's and 90's. I might even go as far as likening them to a punker version of Seattle's President's of the United States.
The EP came with a 32 page D.I.Y. comic book titled Earaches and Eyesores. Illustrated by the bands guitarist Justin Melmann. It serves as the perfect accessory to the EP. Overall, it felt good hearing from World War IX again.           I look forward to hearing more from them down the road.
While World War IX may fly a bit under the radar in comparison to many of the bigger names on the NYHC scene. These Brooklyn boys seem to be doing just fine. Adding a sense of humor and an artful edge that has always been somewhat lacking in the scene.
James Damion

World War IX Get it Here