The "Essential Albums" list will definitely not win United By.. any points for originality considering the countless times it's been done in magazines, radio, television and just about anything related to music in general. It is however, something that continues to intrigue me. Asking the people who make music that moves you only adds to that intrigue.

In asking Ev to do this little piece for the blog I was looking to gain a little more insight into what musically brought him to where he is where he is now as a musician and as an individual. I've poured over Cinema Cinema's recordings and witnessed the band lay waist to clubs and bars alike. During the past year or so I've gone from a casual acquaintance to a good friend and what he refers to as "Family", Getting to know where he comes from musically can only add another layer to our friendship. James Damion

As we grow and evolve we often take time to look back at the people, places and moments that helped shape us along the way. 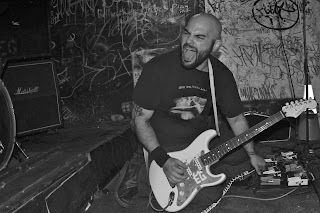 They say the body regenerates its cells every 7 years.
Your tastebuds change.
You change. Old is replaced by new. This is what they say.
So, I say that if this is so - then our musical "taste-buds" must evolve as well.

I found it nearly impossible to craft this list down to five.
As I rolled over ALL the amazing music that i have been blessed to hear and experience thus far in my days, I found a myriad different reasons to include specific albums.. to the point of WAY over thinking this! But I kept coming back to the realization that I would have to make this list based on my sensibilities TODAY and what records came to shape who I am and the music I help to create.

The essential records in my life are the ones that find my ears as fresh to them today as they were the day I was touched by them. Over the years of winding change and evolution, they still excite and move me deeply. They are the ones I always call back on.
They transcend the moment, thus rendering them timeless to me. They allow me magic.

I’m a buoyant spirit, dancing and filled with joy when I put on each of the next five LP’s or CD’s (or, if need be - mp3’s) and press PLAY. Ev Gold 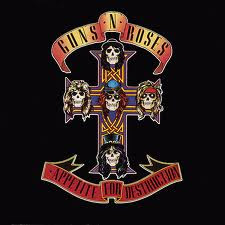 This was the Atomic Bomb in my little 9 year old life. Totally leveling the earth for me, totally enthralling me with its intense vibe. A sound like nothing else for my ears yet. I knew I wanted to be in a band, whatever that meant, immediately. It sounded like these guys didn't take shit from anyone. It seemed dangerous. They cursed!! a LOT.
Let alone those vocals! Screeching at top level, full blast throat shredding - coming after you with vengeance... fukkin' behold AXL!!..And the dirt beneath the finger nails in all the grooves and riffs.
So defiant! And different..and just tasty all around. And great songs. The first album that I not only knew every lyric from the liner notes, - but I could actually recite ALL the production, engineering, mixing and instrumental credits. I listened to this thing so much and just stared at and studied the booklet. This was late 1987; there wasn't Google in my world, or content readily available to check out on a new band via YouTube.. just the CD and booklet. Ah, it excites me to even think of how it was... firstlove! Thank you Axl, Slash, Izzy, Duff, & Steve. 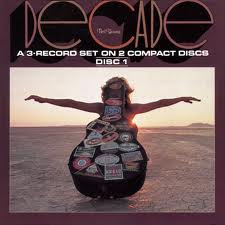 Another absolute life changer. In 1992 my father taught me how to playmguitar (for which I shall remain forever grateful). The method was, rather
than heavy theory or scales – just to get me sound & proficient with chords, playing songs early on to keep me focused and then learn the rest of the essentials along the way... in hindsight, it worked.
I am so happy it did.

He taught me
"Knocking on Heaven’s Door" by Bob Dylan first...then "Wild Horses" by The Stones. After getting those under my belt, for my birthday that year he got me the songbook (another pre-internet fashion!) to"Decade", a double disc retrospective of Neil Young's work between 1966 and 1977. The album itself had been on in my house growing up and just seemed to be one of those records that was gravitating toward me, as I toward it, from birth.

I immediately fell in love with Neil's vocals, so obtuse and unique.Fragile but cutting.. and so much staying power behind the words he'd choose for lyrics. So much weight. And his approach to the guitar when playing acoustic and then when playing electric, so independent of each other. Total master, in my opinion, breathing such deep life into his open voiced chord choices or feedback drenched electric smatterings. I could die with a Neil Young record playing and be OK with that. I learned all 35 songs and still run across them at points when practicing guitar as recent as last night. Get some DECADE in your life! 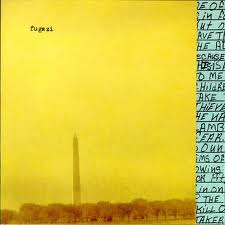 Ok, if "Appetite for Destruction" was the A Bomb, then I guess this is where it went totally fukkin nuclear for me. DEF one of those taste bud
changers... Burn away the old.. Explode the land.. Charred and tarred and gonna have to be repaved now...all new.

The intensity. The all out approach. The solid musicianship.
The awesome tempo shifts.
The lyrics. The dual vocal attack!! Fugazi remains one of, if not my favorite band to this day. ..and, this was my total introduction into the whole Dischord DC punk sound and the idea of east coast hardcore and whatever else came along with reaching back to the start – which I did with fervor from that moment forward – all influenced by Fugazi.

I didn't know about Minor Threat first. I was like 5 when Minor Threat was out... so by the time I got to 15 and Fugazi released "In on the Kill Taker", my little mind was just ripe to be fukkkin exploded again, and so it was and so it is and so I am thankful to this record. It very much opened up a door to tons and tons of other deeply influential records for me.

Side note, - this specific record planted the seed in my mind to grow up and form a band with the goal of being serious enough to record one day at Inner Ear Studios. I don't think even in my craziest 15 year old cream dreams back then that doing so WITH Don Zientara at the helm (the guy who was listed as engineer on this record as well as almost every other record that this one would lead me to) would ever even be an option. But life is full of surprises! And I am ultra-grateful the opportunity came to be
reality years later. 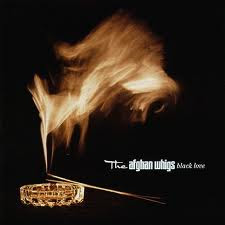 I do not even know where to begin with this one.
The fact that it had a storyline and theme that was never made apparent or obvious running throughout the record, like an opera filled with rolling black out's.. Uneven and perfect, just like real life. Unexpected but right on time. It really blew my mind and inspired the fukk out of the songwriter in me that was emerging at that young age....And the vocals! Oh my GOD!
The conviction with which Dulli attacks these songs and his vocal approach on this record, -where passion and feeling totally over ride all else, still chill me and move my ass to this very second.
They influence every vocal I’ve ever taken in a recording studio. Get fukkin naked.
Get crazy. Go intimate. Float off key. Be unafraid. Just crucify it. Get bloody.
Soul sing mutherfukker!!... That don't mean try to sound like Al Green - it means reach down deep and sound like YOURSELF!

Need I mention the closing three songs of this record are just far beyond cathartic and filled with bruised beauty and triumph and more bruises and victory?? A true over looked gem of my time and one that I will always value.. DEF the 1st record I play for my grandchildren - cause damn, the future gonna have to know about this one. 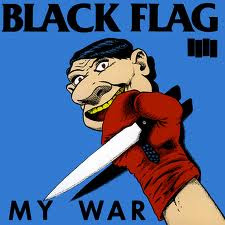 So terrifyingly brilliant that it still confuses me. Just like all the best Hendrix, you hear something new every time you listen to it. Overwhelming. Bewildering. Fukkin awesome. Greg Ginn is one of my favorite guitar players, DEF one of the biggest guitar playing influences on me and he really begins to break down barriers between ALL genres of playing with his approach on this record. In a time when the musical peers and
landscape that Black Flag trod upon was considered to be called "hardcore", this album came rolling along totally pronouncing
LOUD and CLEAR that Black Flag didn't subscribe to any genre title or premeditated
idea of "punk" or anything else. I mean, shit - this is another record where the last three songs happen to be specifically over the top..  So heavy & slow in a time of everyone trying to prove how fast they could be. The Flag had been there and done that and in my opinion, invented the wheel and then destroyed it and reinvented it again and so on and so forth.